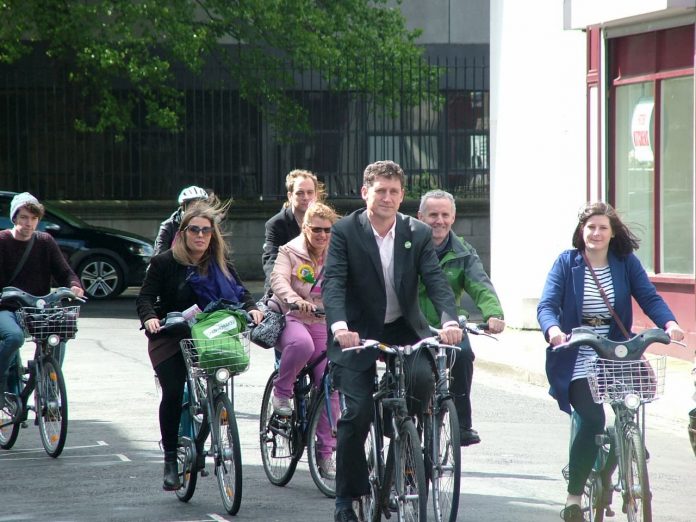 Finally, we have a government. Not what many thought would happen and some have been left angry enough about it. Back in February, I’m personally not sure this is what I would have supported. Still, I’m of the opinion we should criticise what they do and not give out about their existence. Micheal Martin has said that the first 100 days of government will be key, so with that in mind, there are some topics I believe it’s key for new Minister for Transport, Eamon Ryan, to get straight to work on.

This is more important that a few nerds, myself included, looking to zip about on gadgets. There’s also more to this than just electric scooter. This whole question surrounds micromobility.

I already know of one person living in Ireland who has received five penalty points on their license for riding an electric scooter. I know of at least two more people in the court system waiting on dates for their hearing. The reason these people are in court is because electric scooters aren’t road legal. They are being treated as if they drove a car uninsured.

Even if there’s legislation, it doesn’t really mean the situation for these riders would change. However, every day I see electric scooters carrying people from A to B. People simply don’t question the legality and if Gardai aren’t stopping them it’s purely down to Garda discretion. There are thousands of people unwittingly facing a court date unless these scooters get legalised.

Under normal circumstances, that would be ridiculous, but given the strain, public transport is under right now it’s even worse.

As a result of Covid-19 and restrictions across the country being lifted, public transport is facing increased demand. At the best of times, public transport in Ireland doesn’t do well with being needed or fully joining up where people are coming from to where they are going. That’s left people seeking out public transport alternatives as even with face masks, the thoughts of being on a cramped Luas, bus or train is far from appealing.

Cycling traditional bikes, shared bike, e-bikes and electric scooters all have their own reasons for being fantastic alternatives to crowded buses. So they all need to be legislated for with bespoke laws tailored to these new modes of transport instead of the current laws which are shoe-horned into place.

One thing outgoing Minister for Transport, Shane Ross, did do was muddy the waters a bit on e-bikes. When there was a report requested to look into micromobility solutions like electric scooters, he specifically separated e-bikes as being out of the report’s scope. The problem that causes is the wide variety of e-bikes which are available on the market.

I recently took out a Riese and Müller Charger 3GT which is understandably fully road legal without any grey areas. I also got to take out a Riese and Müller Delite which is the very high-end of what they offer. This bike is capable of 45kmph so it can actually break speed limits. In the German market, there has been specific legislation for these bikes. The reason this is important is because without legislation, we’re left with a grey area and consumers don’t like grey areas.

As this is the case, their use should be encouraged by the Government. While the UK has gotten their fair share of things wrong recently, they are already fast-tracking the use of electric scooters in a limited manner. Those plans have come forward by a year to meet demand and reduce strain on public transport.

The Government already supports people looking to buy a new bike with the Bike to Work scheme. The problem with this scheme is that it’s, as the name suggests, bicycle focused. While great, consumers have interest in much more than just bikes. The scheme also only covers purchases up to €1000 which Shane Ross disappointingly referred to as a “a generous contribution towards the cost of any commuter bicycle but especially towards the cost of an e-bike”.

Micromobility is attractive for people to adopt but it’s also expensive. €1000 simply isn’t enough so the Government needs to shift closer towards offering grants or at least raising the Bike to Work cap considerably while also allowing other micromobility vehicles to be included.

The Government has promised to spend just shy of €1,000,000 per day for a year. That spend is only impressive if it achieves the most necessary goal of all. Shifting people from cars to alternative modes of transport. Cian Ginty describes the ambitious plans as an attempt to bring Ireland into a “Dutch level of cycling funding“.

Improved cycling infrastructure and steps like keeping Phoenix Park closed to through traffic can all change perceptions of cycling. But spending that money means more than bike lanes. With the tragic news of a cyclist being killed when a 17-year-old motorist knocked him down in Limerick. In some European countries, these events are always followed by an audit to determine what happened and steps are taken to ensure chances of it happening again are reduced.

There’s a lot of money being spent here to promote greener and healthier ways of getting around and this cannot be blown.

Today, if I wanted to take a moped out for a spin I would need an AM category on my license. If you had received your full license before the end 21 October 2006, you got that by default. No additional training required. However, as is the case with me, I got my license after that date and would need to undergo 16 hours of training and pass a theory test to get the AM category added to my drivers license.

Training to take control over a powerful vehicle is a very good idea. However, in the case of the AM category, the training required is very disproportionate to the power of the vehicle. In Ireland, our licensing system makes no distinction between moped and motorcycle when it comes to obtaining a license. Both require 16 hours of initial basic training with an average cost of €500. Such an approach is massively at odds with the rest of Europe.

Some countries don’t require any training, which is a step to far towards the liberal end of things. Countries that do require training offer moped-specific solutions. Usually, this is between a half to a full day and costs around €100 to €150. In the UK, to get a moped license costs just €110 and takes one day.

Why do I care about mopeds? Well, traditional mopeds are a welcome alternative to both cars and public transport depending on where people live. They can be an ideal solution. Electric mopod technology is fast developing too. Irish startup, Lion Mobility, offer a great range of NIU mopeds with prices similar to that of some e-bikes.

We need to start looking at transport as a multi-solution issue where different vehicles suit different people. We also need realistic barriers and right now, the AM category requirements are way over the top.

All that’s left now is for everyone to keep the new Minister in check and ensure he’s delivering on high expectations we all have for a Green Minister.

PS. As Eamon Ryan has been confirmed to be Minister for Climate Action, Communication Networks and Transport, we also hope he can land rural broadband improvements too.