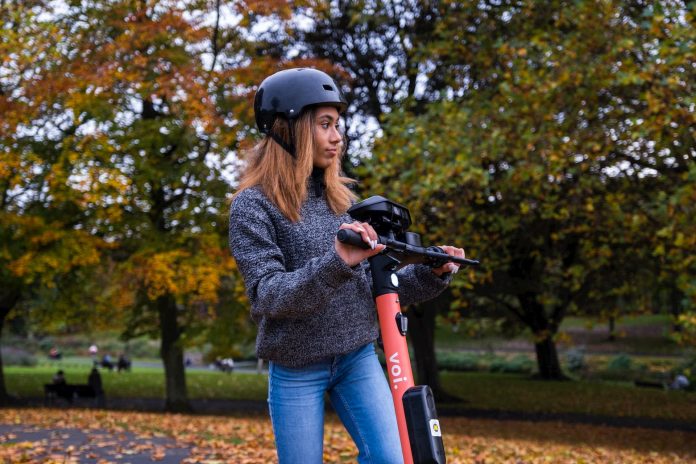 I’m so reluctant to write that title. There have been a silly number of false dawns when it comes to the legalisation of electric scooters in Ireland. However, speaking to the Sunday Times today, the Green Minister for Transport has outlined plans to legalise the use of electric scooters on public roads before Christmas.

Electric Scooters And The Law In Ireland

I’m not sure quite how many times I’ve run through this, but just in case this is your first time digging into it, let me give you an overview of the problematic history between electric scooters and the law in Ireland. If you already know everything you can skip to today’s news.

The RSA And The Website Of An Garda Siochana

For quite some time, electric scooters operated in a legal grey area in Ireland. Many models on the market require some human power to push them forward before the motor will kick in. For this reason, many deemed electric scooters to fall outside the category of “mechanically propelled vehicle” (MPV). Even the website of An Garda Siochana published a document stating the same from the RSA. However, under a Freedom of Information request I submitted to the RSA, I found communication between the two organisations stating this would need to be updated.

The damage had already been done and Irish roads had been flooded by electric scooters. Fast forward a few months and COVID-19 left members of the public looking for public transport alternatives with bikes, e-bikes and electric scooters proving popular. I live in Dublin and work facing out onto a busy street. There’s a massive number of electric scooters I see every day despite their illegality on public roads.

Because electric scooters are deemed MPVs, to use on a public road they require insurance, tax and a driver’s license. It’s impossible to get insurance or tax for an electric scooter. Trust me, I’ve tried.

This means all those electric scooters we see on the roads every day are breaking the law and some Gardaí are applying that law vigorously.

I’ve spoken with several electric scooter riders who have been stopped by Garda Traffic while getting from A to B on a scooter and was actually stopped myself too. While I was sent on my way, other riders were not so lucky. One rider has their scooter taken leading to them paying a €125 fine to get it back. A few months later they received a court summons where a day in court would eventually lead to five penalty points and a €300 fine. This rider was not alone with one owner telling me when they had their day in court, a member of Garda Traffic had another 13 electric scooters in court that day. This certainly tallies with increased seizure numbers released last month in the Dail.

All of this was happening while most electric scooter owners and regular users had no idea they were breaking the law. I’ve been receiving more press releases than ever about electric scooters to which I always have the same response: “What are you doing to inform consumers about the illegality of electric scooters being used in public spaces?”.

Halfords was claiming the title of “Ireland’s biggest electric scooter retailer” but after a quick phone call as an interested commuter, I was never informed about the fact this would be illegal.

As we head into Christmas, electric scooters were absolutely expected to be one of the top gifts despite their illegality to be used in public spaces. I’ve used the term “shooting fish in a barrel” when it came to how Gardaí were viewing electric scooters and January would have simply been shooting season. It’s important to highlight that Gardaí are not in the wrong here as they’re just applying the national law and that’s been very slow to accommodate what is an obviously popular mode of transport, despite a Green Minister for Transport coming into play a few months ago.

So that’s the history of “scooter gate” to date. I don’t think I missed anything but now I can line up the hopeful future of electric scooters.

Initially, as Minister for Transport, Eamon Ryan was having a slow impact on how we, as a nation, get around. Even on the topic of scooters which was in the programme for government, progress was slow. Initially, 2021 was touted as the timeframe we could expect legalisation but now it’s expected to be a done deal prior to Christmas. This is a welcome development given the likelihood there will be thousands more on the road in January.

Minister Ryan has said that laws to permit the legal use of electric scooters on Irish roads should be passed by the Oireachtas before Christmas. This will take a logical approach of first clarifying the legal status of scooters, removing the risk of being pulled over for existing users. The use of scooters on footpaths will be prohibited and a logical enough speed limit of 25kmph will be imposed. It’s expected that helmets will not be mandatory but instead be recommended. Personally, I recommend the Livall smart helmet.

Effectively this will become a trial period for electric scooters and next year progress will be reviewed and regulations on speed limits and lighting requirements agreed.

This is the approach outlined in the report commissioned by the RSA and Government which stated sensible legislation should not be overly-prohibitive for the adoption of this modern mode of transport.

I’m actually, for once, optimistic that may actually happen and my scooter can go back on the road in the near future. We’re having a particularly mild winter with plenty of sun and I’d only love to go for a spin within my 5km limit. My situation is an example of private scooter ownership however there remains some massive questions lingering over shared scooter systems similar to Dublin Bikes of Bleeper Bikes.

Whether or not Minister Ryan plans to allow shared systems remains unknown and I’ve reached out to the Minister for clarity.

The issues posed by shared systems are manifold but the greatest of all is how they’re parked when not in use. Vunerable pedestrians and disabled pedestrians could, and likely will, have issues getting around should shared scooters ends up strewn around our nation’s footpaths.

Technology Has An Answer

First of all, private scooter ownership does not bring this problem. I either lock my scooter up or have it charging in the apartment. A shared system must somehow ensure the public use the scooters responsibly and leave them back where there is space and where they don’t impede pedestrians.

Irish micro-mobility startup Luna has developed technology currently being tested with Voi electric scooters which can govern electric scooter usage with incredible accuracy. With this tech built-in, Voi scooters can “sense” pedestrians, recognise when the scooter is being driven on footpaths and take actions to correct behaviour. The technology can also detect, to within one centimetre, the location of the scooter. This means Dublin City Council could pre-determine shared parking spots for scooters and fine riders who do not park in designated areas.

This technology is crucial because once the legal question marks are lifted, we’re going to see a lot more of these vehicles on our roads and should share systems be permitted, they will likely flood into position overnight. Here’s a few of them.

Bolt is a European mobility platform that’s focused on making urban travel more affordable, convenient and responsible. With over 30 million users in over 35 counties across Europe and Africa, you may well be wondering how you’ve not heard of them. Bolt has just recently started to build their presence in Ireland and they truly do have the potential to change how we get around our big cities whether it be with ride-hailing alternatives or electric scooters. In fact the company plans to deploy 130,000 electric scooters and e-bikes across Europe in 2021.

I caught up with Irish country manager, Luke Mackey, recently and he also informed me that Bolt would be launching their Irish taxi-hailing service soon to take on the likes of Free Now and Uber while also working with the Irish Government to pass electric scooter legislation.

Backed by investors including Brian O’Driscoll, Zipp Mobility is an exciting Irish startup looking to claim their piece of the micro-mobility pie. With the legality questions over scooters in Ireland, Zipp Mobility turned their attention to the UK who had already fast-tracked trials during the summer to take the pressure off public transport during COVID-19. To date, they’ve already have had over 1,000 journeys during these trials. The trials also include the use of anti-viral handlebar wraps that kill 99.98% of viruses and can help eliminate COVID-19 transmission.

Like Zipp Mobility, Voi is trialling their shared scooters in the UK. The Swedish startup is already in other EU countries like Germany and has told me they are “are eagerly looking forward to commencing operations in Ireland but will only do so when the legal and regulatory framework is clear.

Along with these companies, there are long-standing almost house-hold names like Bird and Lime Scooters, the latter of which I’ve flown around Germany on and had plenty of craic with. The important thing is that these shared schemes are introduced responsibly while not impacting vulnerable pedestrians or road users while also not impacting the public perception of privately owned scooters.

It feels like we’re on the cusp of this new way of getting around being legalised and we can finally move into the next phase of learning how to live with them.