Home Reviews Netflix Reviews A Murder In West Cork Review: Is It Worth Watching? 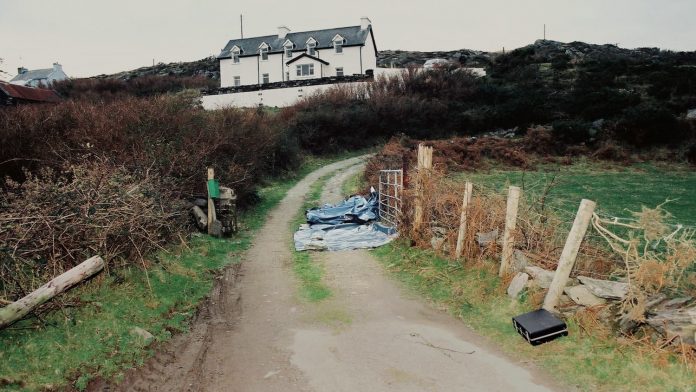 On June 30th, Sophie: A Murder In West Cork drops on Netflix. This documentary explores the murder of Sophie Toscan du Plantier in the small town of Schull, County Cork. I was massively excited to watch this given I’d already listened to the gripping podcast, West Cork. The story of du Plantier’s death has surged every couple of months since the gruesome events of 1996 took place, but is this Netflix documentary worth watching?

It’s very difficult to dismiss this as a bad documentary, not least because it shares an executive producer with Man On Wired in Simon Chinn, a double Oscar winner. It’s got clout. But it’s easy to let that distract from the fact you learn very little about the facts of the case from watching Sophie: A Murder In West Cork.

The documentary gets incredible access to all involved in the case. Prime suspect, Ian Bailey, openly invites the Netflix crew into his home and speaks openly with them. Dermot Dwyer, Garda Detective Superintendent who led the investigation, is a charismatic, wise-cracking detective who oozes pure Irish country energy. The full family of Sophie are involved too, from her parents to her son and wider family, though her husband does not participate.

All of this access, on the surface, suggests we will get a complete picture of Sophie’s murder and the impact it has. While we see the impact on many, the documentary itself feels like it’s trying to keep everyone involved on board.

Speaking to the Guardian, producer Sarah Lambert outlines how du Plantier’s cousin, who participates in the series, had just three requests. One of them is “not to show the body of Sophie”. Understandable from a family member, but as viewers, we’re left unsure of the details. How far from her home did this take part? Who found her? Significant details prior to Sophie arriving in Ireland are omitted and casually mentioned in the final episode. Did investigators know about this? A gate covered in blood from the crime scene goes missing after being booked into evidence. How or why did that happen and get just one line in the series? There’s no real investigation into the work of local Gardaí which seemed below par especially if you have listened to the West Cork podcast.

Starting Threads But Not Pulling At Them

A Murder In West Cork feels like it finds the start of a lot of stories, but refused to really pull on any of them for fear of finding something. Throughout, the documentary rushes key elements of the story leaving us feeling shortchanged on details. The irony here is that Netflix has a reputation for dragging out their documentary series over too many episodes, yet here it feels rushed. In lieu of detailed facts on the case, are chatter from the locals offering opinions. The result is an audience being asked to evaluate a broad range of opinions to arrive at a conclusion without very many facts at all.

Now, there’s something almost beautifully poetic in this being the case. The entire story of the murder could be described as being lacking of facts but brimming in opinion. But the moment I arrived at the conclusion over whether or not to recommend this came with the oddly timed arrival of Jim Sheridan’s documentary, Murder at the Cottage on Sky, which also investigates du Plantier’s death.

Many locals are interviewed in both, though Sheridan’s documentary is less formulaic. Specifically, I mean that it’s lacking the Netflix formula. One of the first things I noticed is that the locals being interviewed are framed differently. It’s more adhoc than a Netflix documentary which seems to be almost identical in style from one series to the next. Even the intro scene of news reports over footage of the crime scene has become a recurring theme of Netflix documentaries.

Admittedly, I’ve just managed to get one episode of Murder at the Cottage under my belt, but already it feels like a more in-depth investigation. The murder has been described in greater detail and we’ve seen images from the crime scene. One image of Sophie’s boot immediately had me asking more questions. It looks like a hiking boot which isn’t easy to just chuck on to pop outside for a second, suggesting she took her time before stepping. These are the things that emerge when you’re watching a more detailed documentary. Sheridan’s investigation, which has taken over five years in total, will be spread out across five episodes, so I can only assume that the investigation goes deeper than that of the Netflix team.

Sophie: A Murder In West Cork – Is It Worth Watching?

Sophie: A Murder In West Cork isn’t a bad documentary. It’s just not a very good one. At the end of the day, we watch documentaries to learn enough to form our opinions. Even as wild a story as Making A Murder was, there was an abundance of facts allowing us to arrive at some sort of informed decision. A Murder In West Cork seems to do little more than stoke idle speculation and local gossip, potentially bringing that to an international market now.

If you want to learn about the Sophie Tuscan du Plantier murder, there’s no shortage of places to start. With the West Cork podcast and Sheridan’s new documentary, Netflix’s attempt takes third place. Worth a watch if you’ve already finished the other two.

I have one final piece of speculation to add. As the series closes, we find the people of Schull wearing surgical masks when out and about. It’s a reminder that at least some of this documentaries production has occurred in lockdown. A Netflix graphic that loads to promote the trailer shows a poorly photoshopped “Garda” badge onto an officer quite clearly not from Ireland in front of the murder scene. Alongside the oddly similar timing of this series launching so close to Sky’s series, just makes me feel that this whole thing was rushed, in addition to being finished amind COVID-19 restrictions. Perhaps this is why the series suffers a little bit.

Sophie: A Murder In West Cork will stream on Netflix from June 30th but you can already watch the trailer.