Home News TikTok Trends Explained: What Is The Nobody Meme About? 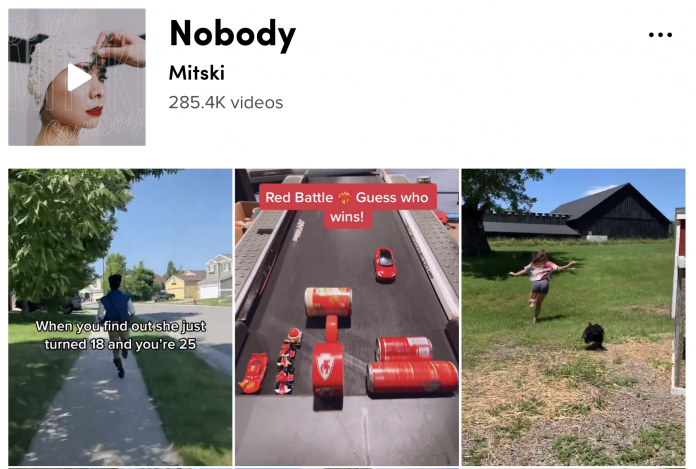 Ok, it’s being made into a series. If I’m going to spend so much time on TikTok I may as well write about it. TikTok trends come and go extremely quickly. So quickly, in fact, it’s nigh on impossible to keep up! That’s why I’ll be writing about TikTok Trends Explained. I’ll be keeping up with the biggest trends and explaining them so you know what your kids are up to. I’ve already covered the Adult Swim trend and next up is the Nobody Nobody TikTok trend.

What Is The Nobody Nobody TikTok Trend?

The Nobody TikTok trend plays to the sound of “Nobody” by Mitski.

The trend is believed to have started at the end of May by body positive influencer, Sienna Mae Gomez. She posted a video of her running on a beach, getting faster as the song builds tempo before bursting into a sprint.

This trend gained momentum as Gomez was accused of sexual assault, which she has since denied, with commenters suggesting she was running from the accusations in the trend.

As a result, the Nobody trend has gone viral on TikTok.

What’s The Meaning Of The Nobody TikTok Trend?

So with the ugly context set out, it’s easier to understand the wider meaning of the trend. Now, TikTok creators are posting videos of themselves running from their problems. For example, a girl posts a video of herself running down a dock towards the water. The idea is that her grandparents are asking “why a lovely girl like her hasn’t settled down with a boy”. She jumps into the water to escape as the song reaches its peak.

There are lots of similar posts and know you know what to look out for! You might also need to know about “icks”.

“Icks” are a new way to describe pet-peeves. They’re emerged on as a TikTok trend in and of themselves but also appear alongside the Nobody trend. “Icks” can be something small that bothers you, usually about your partner, or someone close to you. Examples include really liking someone until they start liking you or finding someone attractive until you realise they have poor grammar.

It’s all the important news you learn here people.