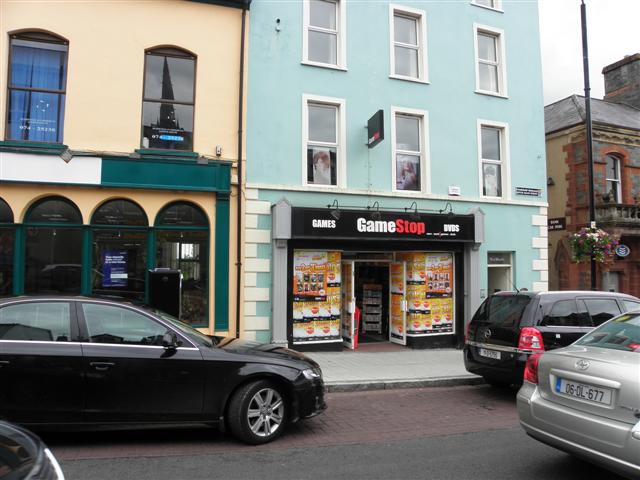 One of my favourite movies of all time is The Big Short. It’s all about how the financial sectors greed crashed markets in 2007 leading to a global recession. Good times. It’s the kind of film you hoped would never get a sequel simply because another movie would be more bad news right? Well, right now, it feels like the plot of the second Big Short movie is playing out between a load of people on Reddit and a lot of very angry people on Wall Street, all over GameStop stock.

One of the most surprising things about this story for many might very well be that GameStop is still going. The COVID-19 pandemic spelled the end for a lot of retailers. With new consoles like the a model of the PlayStation 5 launching without disk drives, a future where people don’t shop in-store for games is very near. The result has been GameStop running right along to line of closure. This is where we need to start talking about stock prices.

Last April, GameStop announced they would be closes loads of their stores. Their share prices plummeted to the point where you could buy shares for just $3.25 a piece. The company was on the way out.

Everyone Can Buy Stocks

“But buying stocks is for people in suits” I hear you say. Not any more. I have stocks. I know lots of people who’ve bought stocks. All because buying stocks has gotten a lot easier these days. You can flip over to some Wolf of Wall Street imagery in your head now, another favourite of mine.

I’m one of the 1.2 million Revolut customers in Ireland and the Revolut app lets you buy stocks. It’s no longer advertised in Ireland because of Brexit, but you can still use it. Apps like MyWallSt help you learn about the stock market and get trading too. There are plenty of apps out there like these and the one making the headlines recently because of GameStop is Robin Hood.

That name is about to get very apt.

What Does Shorting A Stock Mean?

The whole story behind what’s going on with GameStop stock lies behind the idea of shorting stocks. If you’ve seen The Big Short, you might already have an idea what that is. Simply put, “shorting” is when investors bet against stock prices.

This means they invest in the stock’s decline in the future. It works by investors buying stocks in a company. They then sell them with the plan to buy them back at a lower price. With GameStop hanging on by a thread, the vultures gathered and massively shorted GameStop. Actually, they shorted them so much that they bought more stock than existed. Which trigged some alarm bells with WallStreetBets Redditors.

We shouldn’t underestimate just how big GameStop is. They’ve been really slow to adapt to the new world, but their brand and reach is massive. That’s why last year there was hope when a new investor bought 13% of the company and started to push for them to make a real challenge to Amazon.

GameStop’s share price started to recover and small private investors, like those using apps such as Revolut and Robin Hood bought shares. While this happened, the suits on Wall Street saw their perfect chance to short. No-one takes on Amazon and wins, right?

Because of the online gathering of people and the viral nature of this whole thing, GameStop’s share price has continued to go through the roof. I’m not even going to write down what it is because it’s changing so quickly. My Revolut account says it’s up by something like 7000%+. Last year I did think about investing low on GameStop but I didn’t. Oh well.

Why Does This All Matter?

This all matters because shorting stocks is what led to a worldwide recession. Greed caused global crisis and cost lives in one way or another. The “suits” have a lot of power and this whole thing with GameStop is now a battle between the regular people and those who bankrupted the world.

Will this last? Will GameStop survive? Will we have new fortunes made by people on Reddit? These are all questions I don’t have the answer to. The stock market is volatile. I recommend you don’t take advice from anyone online, myself included, about buying stocks in these frenzies. It’s far too unpredictable. If you’re going to invest something, invest an amount that if you lose it you won’t bat an eyelid. That’s how I invest. All it takes is one moment for it all to go right or all to go wrong.

One thing is for sure though. Wall Street is very worried right now. I wouldn’t be surprised if some kind of laws or dirty tactics try to stop the public from doing this again. The irony of taking action against the people and not the “suits” after 2007 weighs heavily.