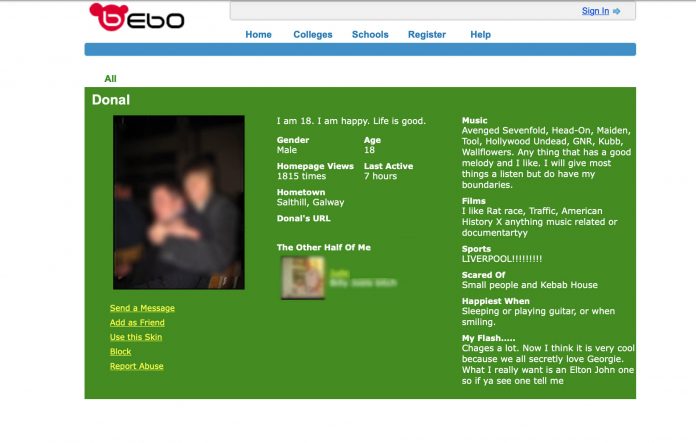 Last November, something weird happened. Bebo started trending on Twitter. There was no real reason for it. I assumed it was just a bit of luv for some nostalgia while being locked up at home. Given that the company had shifted focus towards other endevours, the social focus was gone for good surely? Apparently not. The people behind the name Bebo have realised there’s a gap in the market for the social media platform to be reborn again. Apparently, that time is now.

A Short History Of Bebo

Bebo made an odd comeback in 2014 as some sort of Bitmoji like platform. They also let you download your old pictures. I did and then locked them away somewhere safely. That comeback was short lived and many believed that was it.

Click the result and you’ll find the wonderful news. The website states that “Bebo is coming back in February 2021 as a brand new social network”. This makes sense. People are sick of Facebook and many don’t really trust Tiktok. Bebo is a brand that oozes nostalgia, something that is a very big trend right now as we try to escape the gloom of COVID-19 with memories of happier days.

The Bebo website confirms the new platform is already in a private beta, which means a limited number of people are testing the platform before relaunch. I’ve not been invited but my attention has now officially swapped from hunting for a PlayStation 5 to grabbing a Bebo Beta Code.

How To Get A Bebo Beta Code

Unfortunately, getting a Bebo Beta code isn’t as easy as looking online. Beta means the beloved social media platform isn’t built yet. Well, it’s built but it’s buggy. They don’t quite want to open the curtains to the world yet but they do want some people to test drive the new Bebo experience. The people behind Bebo will have invited a select number of people who may be given the chance to invite others.

If you want a Bebo Beta code, I suggest asking around to see if any friends were invited. Otherwise, it’s just about waiting patiently to see if the new platform launches as planned in February.

Already have your Bebo Beta code? Head on over to the Bebo website and get set up.

Naturally, Twitter is excited by the return of the much beloved social media platform, Bebo.