Home Reviews Gadgets What Does A Biden Win Mean For Huawei And TikTok? 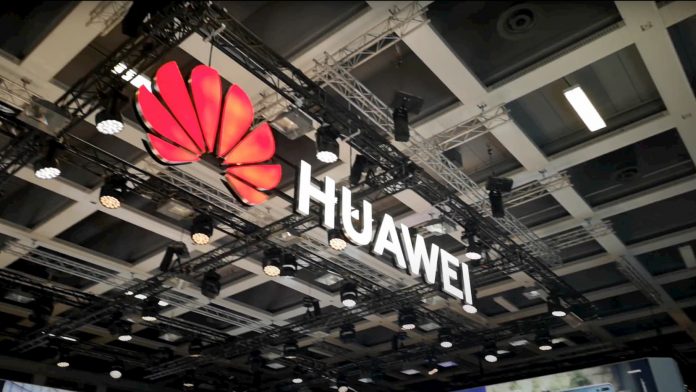 I partially don’t want to tempt fate too much writing this as it’s still not definite that Biden will win the United States Presidential Election. But I also want to look at the issues America has had with Chinese companies like Huawei and TikTok and, more importantly, how a Biden win will impact these relationships. To be honest, going by Trump’s rants it would appear that he’s goosed so I’m going to go ahead and start digging, fully aware Biden could be confirmed the winner at any moment now. What does a Biden win mean fo these Chinese companies?

What’s The Issue With Chinese Companies In America?

Frankly, it feels like this was always blown out of proportion but the reality is substantial damage was done. Technology companies, namely Huawei and Bytedance’s TikTok served as the proxies in a trade war between the United States and China. After being elected President, Donald Trump set off about implementing his America first approach to managing the US economy. I remember thinking some of Trump’s actions were a bit off the wall, but given what we’ve seen in the past few days some of the things seem tame.

Under Trump, the US left the Paris climate pact, exited the UN Human Rights Council and UNESCO. Shockingly, under the Trump administration, the US quit the Iran nuclear deal and despite the ongoing global pandemic, they announced plans to withdraw from the World Health Organization in 2021.

The Trump administration also took exception to Chinese tech giants Huawei and breakout social media platform TikTok. The main “concern” flagged by the US was security issues. For example, Trump’s National Security Advisor believes that Huawei and ZTE undercut competitors with support of the Chinese Government to install cores in mobile networks with backdoors to access public and government data. As CNN’s John King as said plenty of times over the past few days, it’s not unusual for Trump to have a casual relationship with the truth.

The consumer impact has been real and it had been felt hard in Europe. Huawei was never really popular in the States but they had become a dominant smartphone manufacturer in Europe. That was until Google was no longer allowed to officially support Huawei phones. The result was Huawei launching their own core package for their smartphones to run on, removing the dependency on Google altogether. The result was the Huawei P40 Pro, a smartphone running the Android-based EMUI 10 but not having access to Google Mobile Service-based apps like Gmail, the Google Play Store and YouTube. The fact this was all turned around so quickly tells us two thing.

First of all, Huawei actually managed to produce a very good user experience and the P40 Pro was still a mighty impressive phone with a great camera. There were some bits and pieces that just didn’t work as well as a phone like the Pixel 5 does but it was a good effort.

Second is the assumption that things happened so quickly that it’s very possible Huawei was heading towards this plan anyway. Huawei offering a real alternative to Google and iPhone would be great for the mobile industry even if it does need some more time to be perfected.

The impact on TikTok was felt a lot less by users of the platform because that was more or less resolved while the saga was no less dramatic.

However, with Trump’s days or maybe ever hours numbered in power, is there a glimmer of light at the end of the tunnel for relations between China and the United States and does this mean there’s a path back to Google for Huawei? Well, there are two questions here and I’m just going to focus on Huawei.

Will America Let Huawei And Google Work Together Again?

It’s looking like Joe Biden will be the next President of the United States and with that comes the possibility of a President making logical decisions. However, the US’s hardline stance on China might not be so easy to row back from. Biden himself has rightly made a clear point of calling the oppression of the Uighurs “genocide”. At the same time, he has referred to Trump’s approach to trade with China as “damaging” and generally speaking some reason may make its way to the fore instead of Trump’s nonsensicle ranting.

This would suggest that unless the new security advisors can provide good reason, it would be unlikely blocks on Google supporting Huawei with Google Mobile Services would continue. Frankly, there’s just no knowing what kind of stance Biden will take but all that can be said is there’s hope and it’ll hardly get worse. I’m keeping this section short because I personally think it’ll be redundant.

Will Huawei Want To Work With Google Again?

I’ve been to several events where Huawei promoted the Huawei AppGallery and Huawei Mobile Services. I can tell you that it really looks like there’s no going back. While Huawei is one of the world’s biggest tech companies with plenty of cash, they’ve invested huge sums into rushing Huawei Mobile Services to market and on-boarding apps into the Huawei App Gallery and finding workarounds with services like Petal Search. As I said earlier, the market needs a credible alternative to Apple and Google core services and Huawei has made in-roads in this space.

I find it extremely unlikely that after all this work and investment Huawei would go back to using Google Play Services but that’s my personal opinion.

You can also take some statements from people in Huawei at face value too if you like. Austrian country manager Fred Wangfei is reported to have said Huawei has no intention of going back to Google Play Services. However, when published on the Android Central website Huawei sought to clarify that “an open Android ecosystem is still our first choice, but if we are not able to continue to use it, we have the ability to develop our own”.

What do you think yourself? I’m writing this to spark the conversation so jump onto our Twitter and let us know what you think. Would you rather see Huawei continue to develop the alternative to Google and iOS or would you rather see amazing Huawei phones powered by Google?