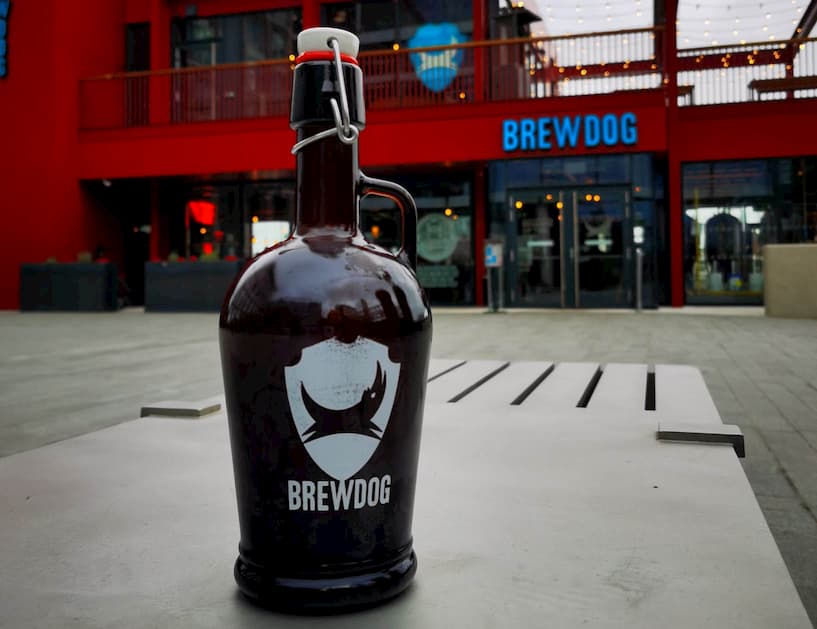 It was just a few years ago. We’re maybe talking less than two and a half years ago. I would see people obsessing over craft beers and think they were quite silly. Big wanna be sommelier heads on them. Yet, I sit here now, sipping on a gorgeous double IPA called Ether by O Brother Brewing, preparing to review my favourite craft beer app, Untappd.

My Journey With Alcohol

Some of this is going to sound almost romantic, but remember to drink responsibly. I don’t think I legally have to say that, but it’s sound advice regardless. Personally, I’m only really getting into craft beer so I don’t think there’s anything to worry about. I genuinely don’t even know who Sam Calagione is.

The whole craft beer movement is just a little mad. My journey through finding an alcoholic beverage of choice had hardly been that exciting. My first drinks were sweet cider. In college, I started to sample beers, but I found diversity lay between Dutch Gold and Bud Light. With fulltime work came Corona and even Desperados. Fast forward a couple of years and I could finally enjoy wine with dinner before truly discovering the joy of a pint of plain. It was with the pint of plain came the joy of chasing. Brandy and port would be the appetiser, the pint of Guinness my main. Jameson and ginger-ale then became the new staple. I rather strong drink I was well able to handle.

Alongside the pint of plain stood Smithwicks. As a Kilkenny man, it’s only proper that the red ale of home was arguably the biggest turning point for me. With my palette rather enjoying Smithwicks, I became open to trying some mainstream ales and very different lagers. Before long, it was just ales and just a short time later, it was craft beers. Namely, it was, as it was for many, Sierra Nevada.

Now, it’s not uncommon for me to detour on the way home and spend twenty minutes picking out the perfect crafties for me evening. It’s no longer about value for money but about picking something I’ll really enjoy.

I’m still rather ignorant when it comes to much of the craft beer movement. For me, craft beers are the small to medium colourful cans which cost quite a bit and come in many colours. Naturally, I understand that craft beer typically come from smaller breweries in comparison to the likes of Guinness and (shudder) Budweiser, but craft breweries can be quite sizeable too. 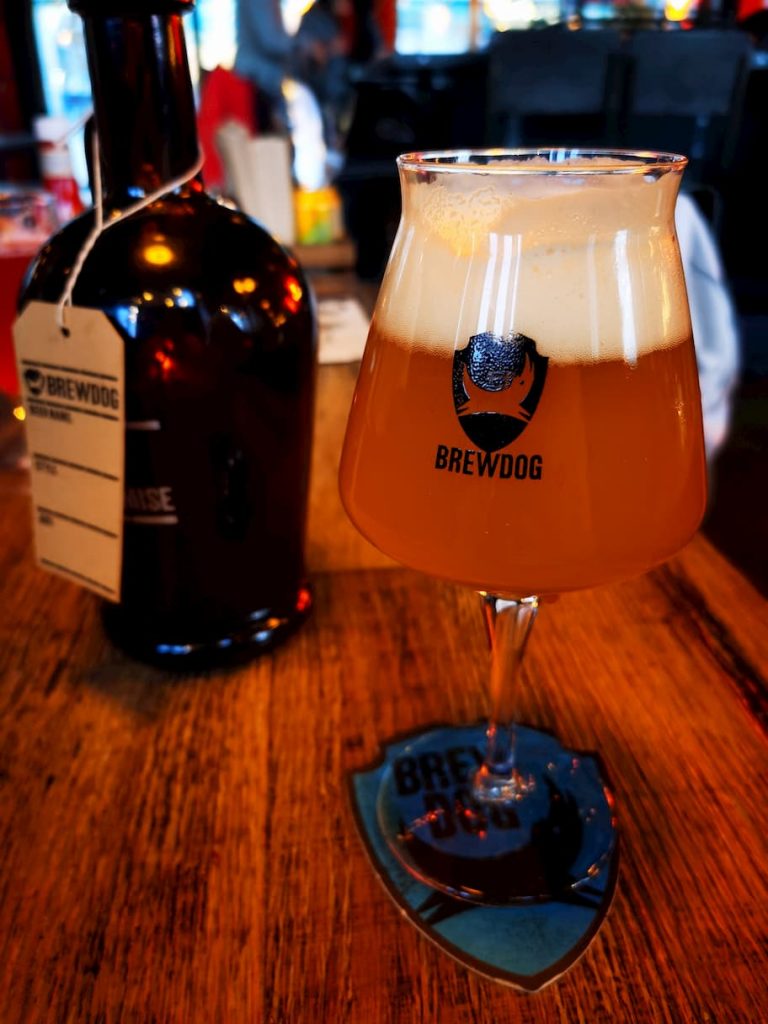 Dublin has recently seen a Brewdog open. I’ve frequented Brewdog on many occasions already and was in the first 100 people to be in the bar when it opened. The bar is rocking nearly every evening despite being quite a bit off the beaten track. Brewdog is considered a craft brewery from which many craft beer bars have grown from. The food is excellent and the selections of beers, ales, wines and gin is remarkable. The prices remain fairly hefty, but as an Equity Punk, I’m saving 5% on every transaction (20% during the day). Indeed, the Brewdog app has become my second favourite craft beer app.

But even as I write all of this, it seems bizarre to me. Craft beers really have grown from a niche area of the market to a dominant section of your local off-licence. Mine is Molloy’s Off Licence on Francis Street, and boy oh boy what a selection they have to offer.

But it’s here, in the off licence I realised how helpful an app can be.

Normally, the staff in Molloy’s come over and give you a hand navigating the vast array of cans on show. But this one time they were particularly busy. I was left to my own devices and had no idea what to pick. Well, I had narrowed it down to some DIPAs, but in truth, that doesn’t narrow it down a whole lot at all.

I had been testing out the Untappd app lately, logging a few drinks I’ve had. I’ve tried a few, but Untapped is the best craft beer app I’ve found.

If I’m honest, I find it much easier to log my drinks than I do my exercise in MyFitnessPal. But, as much as I’ve enjoyed logging my drinks, the real winner for the Untappd app is discovery. Standing in Molloy’s, I was able to see what other punters had bought in the offy. Cycling through their choices and reviews, I quickly picked out four tasty cans. Right now, I’m on my second DIPA. Turned out it was a draught drink I had in Brewdog which was now available in Molloy’s in a can. I’m a very happy man indeed.

At this point, I’m realising that this review is barely touching on what Untappd actually does, yet I’ve described the most important aspect. Having an app to help you pick out your craft beer is priceless when you’re a newbie to the scene like I am. There’s a social aspect to the app and a gamification aspect too as you collect tokens along the way. Being honest, I’m a little uncomfortable with this side of things.

Tasting beers and enjoying them is great, but I don’t like the idea of ploughing through beers trying to collect imaginary badges. As soon as I unlocked one and could feel that “Candy Crush” gaming feel, I did feel a little odd with the idea of Untappd.

While mentioning “gamification”, another positive did come to mind with Untappd. It made me think of Pokémon randomly and the idea of catching them all. Certain craft beers are gems. They’re taught to find and some even spend an age hoping one of their favourites appears in the locality. Take the Cannonball Beer range. Apparently, the whole story with this range is that it needs to ship quickly because the flavour is reduced with every passing day. You can find this range of beers in your app and set a notification to alert you should someone else in your area check in with this beer. Handy to make sure you don’t miss out on any superstar crafties in your area.

If you’re reading this and thinking it’s a pile of ned, don’t worry. I get it. I used to be like you too. But now, I just totally get the craft beer movement. I’m not entirely sure what the draw of it all is, but I get it. If wine can have sommeliers, sure why can’t craft beer have enthusiasts too. When I went through my wine phase, I had Vivino and now I have Untappd.

Do you remember Foursquare? Well, that’s the engine behind this app. As such, checking in at bars, breweries and shops is still at the core of Untappd. It’s a social gamification app much like the original Foursquare was. The big difference now, of course, is that everything is focused on beer.

Within the app, you can check-in at bars, leave comments of your favourite beers with some lovely pics too. You’ll even be able to rate your beer and tag it with the characteristics you noticed. The app will show you some aggregated tags too which helps you along if you’re finding your way.

Untappd is available to download from the Google Play Store and Apple App Store. You can also follow my absolute notions over on Untappd. The app is free, but you can become a supporter which comes with unique benefits. One particularly interesting one is if you wish to check-in at a bar after you’ve finished travelling you’ll need to be a supporter.