Home Reviews Gadgets Tech Clear Out: What To Do With Old Phones And Gadgets 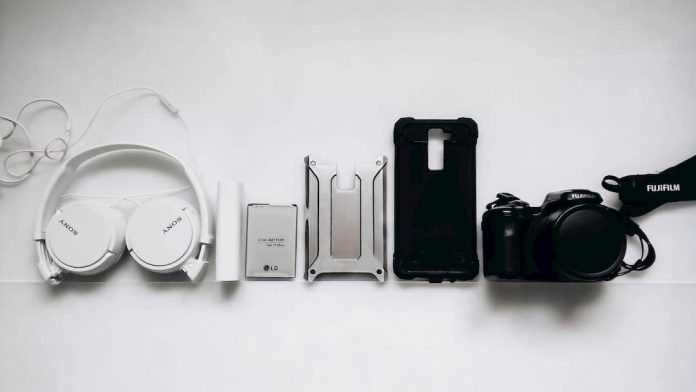 It’s that time of year again. The time when many of us wake up on a cold December morning to the sight of the latest iPhone under the tree. Or maybe a new telly for your man-cave from the Mrs.? Some of us may even be lucky enough to get an Xbox Series or PlayStation 5 if our loved ones were tenacious enough! But this brings up a common question; what do I do with my old technology? If there’s nothing wrong with your old units it seems like a bit of a waste to bring them to the recycling centre doesn’t it?

I think we can all agree that this year has been an absolute write-off for a lot of things. Holidays have been cancelled, weddings have been postponed and even a trip to the pub has been turned into some mythical memory of times long gone. We all need someone to give us a mood boost these days and if you’ve got something to give, why not give someone else that boost? There are dozens of charities, businesses and health-centres that are always elated to see someone offering to help out with old consoles, TVs or mobiles. Here’s a quick rundown of where we think your tech would do the most good this Christmas Season (bear in mind there will be some overlap on the kinds of tech that these charities will accept so it’s always worth checking if you’re able to give extra!).

NOTE: We would also strongly recommend checking with each of these charities as to whether they are taking physical donations at the moment due to the ongoing COVID-19 pandemic

What To Do With Old Phones

With nearly one active smartphone for every two people in the world, it will come as no surprise to anyone that there is an enormous number of old phones thrown away every year. In fact, according to some estimates, there are 4.9 million unused (but still functional) mobile phones in Ireland. Whether these are in attics, lost, or squirrelled away in a man drawer, they each have the potential to do some good and get a new lease on life.

The Saoirse Foundation are a multi-arm foundation that focus primarily on genetic and rare disorders that affect children. They are the body that oversee Bee for Battens (focussed on Battens Disease), Liam’s Lodge (a state-of-the-art retreat centre for families with children affected by rare disorders) and the Bumbleance (an ambulance designed specifically for kids). These charities can use old mobile phones for a number of different purposes, either for staff or families availing of their services, as networking equipment or they may even sell them or their parts if they’re not of any immediate use.

Two autism charities that regularly run mobile phone appeals. Autism.ie focuses on raising funds for research into autism and autism spectrum disorders while AsIAm focus more on raising awareness about neurodiversity and autism advocacy. Similar to the Saoirse foundation, they primarily use mobile phone donations for staff or networking but will occasionally sell them on or recycle them to raise much needed funds.

What To Do With Old Laptops And Computers

While tablets and smartphones are the way to go for many in terms of on the go computing, the humble laptop is still the gold standard for many (not to mention the desktop for us gamers). Where will your multi-function workhorse do the most good so it doesn’t get put out to pasture too soon?

Camara Education are an organisation that aim to deliver second hand or refurbished computers to students or teachers that otherwise wouldn’t have been able to afford them. They also assist educators and students alike in becoming more computer literate as well as encouraging teachers to embrace new ways of teaching using tech (a skillset that became more important than ever this year during the pandemic). Originally established to enable schools in Africa to provide a more digitally enabled education to over 3 million students, Camara now also operate 5 digital learning hubs in Ethiopia as well as one in Ireland that are dedicated office space for other not for profit enterprises.

Any hardware they receive will either be wiped and donated to schools directly, or it will be resold with 100% of the cost going to one of Camara’s programs.

What To Do With Consoles And Old TVs

These are by far the trickiest to donate as a lot of charities won’t take larger electrical equipment second hand. However, that doesn’t mean there aren’t places where an old telly or your PS4 will be appreciated.

I’m sure we all remember the joy of seeing an old CRT with a video player being wheeled into our classroom when we were younger. Well, the days of the CRT (or big telly) are long gone and with TV prices on the rise schools are relying more and more on donations of old video tech to show certain materials to students. As I said, some organisations have a policy against taking some equipment (like TVs) second hand so your mileage may vary, but if you’ve got an old screen going spare this one is always worth a try.

Hospitals and nursing homes have played an absolute blinder this year. Nobody can deny that. From working tirelessly to provide care to patients with all manner of “everyday” illnesses to fighting the worst pandemic that we’ve seen in over a century. Our healthcare workers deserve our utmost respect, admiration and appreciation. Unfortunately, though, they don’t always have enough funding to provide everyday comforts to residents (long or short term).

This is where you can make a difference. Whether it’s a new TV in a ward or common area, or a new Xbox or even new games in Temple Street these donations are always appreciated. I myself have been sure to donate my old consoles to a local children’s care facility and will be doing the same with my PS4 once I have it loaded up with all my PS+ games.

Do What You Can This Christmas

So, there you go. Hopefully, this has provided you with a little inspiration as to where you may be able to bring a little bit of light to someone this year. It is important to note that if you personally know someone who is struggling or a local organisation I’ve missed that could really do with a bit of extra tech, by all means, help them out. Charity isn’t only for charities; charity is simply an act of giving and it’s one that the people of Ireland excel at.