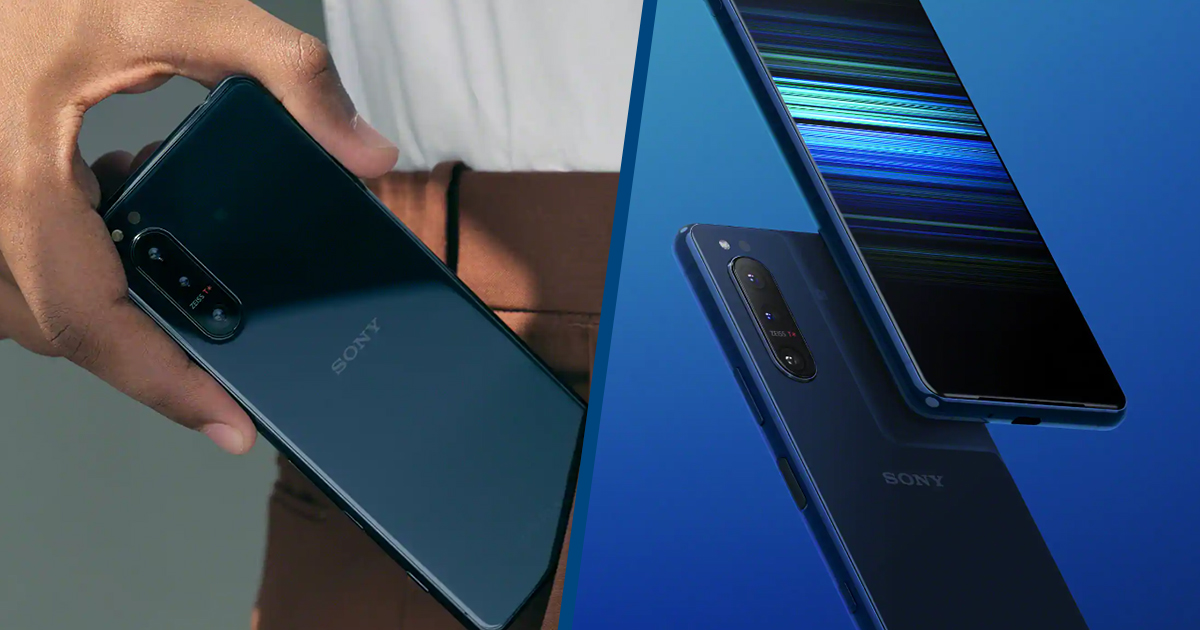 The Sony Xperia 5 II is the latest tier 2 phone from Sony, taking some of the best parts of their Xperia 1II while shaving back in a few key areas to bring the best performance possible without the killer price tag. I’ve always been a big fan of Sony, but they have always been a nearly brand, nearly in the sense that every year their flagship and tier 2 phones offer some of the best specs on the market but they always seem to lack that spark to make them standout from the crowd. The Xperia 5II is no different. This year we get a great phone, with a slick looks for the price that is very much focused at camera users with wicked specs for camera and video recording but makes savings by creating a smaller unit that removes the fluffy bells and whistles such as the 4k Display, not unlike the Google Pixel 5.

The Xperia 5II is at it’s core an Xperia 1II lite model, with a 6.1″ display, 120hz refresh rate, sexier rounded corners for better ergonomics, strong battery, the same camera as the flagship and the return of the 3.5mm headphone port. In essence if you want solid specs and a smaller phone, the Xperia 5II could be right up your alley.

As I mentioned earlier, the Xperia 5II is just really an Xperia 1II mini, we get the same and now standard Sony 21:9 display, a 6.1″ display a whole 0.4″ smaller than its bigger sibling. And while 0.4″ may seem like it’s not that much smaller, it is something you will notice within a couple of seconds of getting to grips with the device. In my opinion the 21:9 ratio of the Sony phones, is half designed with watching videos in mind and half an ergonomic decision. It’s why holding a Sony phone in one hand easier than it’s rivals and it’s easy to hit all corners of the display with your thumb due to the long and narrow design of the chassis.

While some things stay the same, sometimes things need change. In the past the Sony product range has been known for a particular style, hard sharp edges and a boxy look, just think PS4 but in a phone, whereas this year we get rounded edges, a big change for Sony. To be fair this edgy style has been the Sony calling card for almost a decade and this change only makes the phone easier to hold, while the rounding is not so extreme to detract from the iconic Sony design.

As per the norm on the chassis, we also get our volume keys, a reprogrammable Google Assistant button as well as our Camera trigger and fingerprint scanner instead of the in screen sensor. The only downside of this is if your like me, you may end up accidentally hit the button while holding the phone. Other phones in this price range such as the OnePlus 8 use the inscreen scanner, and it’s a let down not getting one here, but by no means is this a deal breaker.

On the base we have our USB-C charger and at the top we see the 3.5mm port, something with was dropped in last years model, making a very welcome return. How much longer we will see the port be included in phone designs is beyond me, but long may it continue.

Overall the glass shelled Xperia 5II looks exactly like you expect a Sony phone to look. It’s slick, the reflective glass body adds some pop, it’s very functional but is it as sexy as some of the competition, that is up for debate.

The display on the Xperia 5II is good without being great and by that I mean, rather than the 6.5-inch 4K display of the Xperia 1 II we are rocking a 6.1″ Full HD screen but we do get a 120Hz refresh rate which is twice as fast at refreshing images in comparison to previous models. This makes for a smoother experience when scrolling your social media feed….unless you’re Martin and his current rage against the social machine of course. I must say this though, this 120Hz refresh I have seen before and always thought meh, but here’s the things, everything just feels a bit smoother and it’s probably one of the few improvements in smartphone technology that while subtle, you will miss it if you didn’t have it.

I’ve mentioned the 21:9 screen ratio, it’s longer and narrower than most phones and this ratio is designed to be optimised for watching video content in landscape as this is exactly the ratio in which most movies are made. It’s all about small subtle changes, but they do just the trick.

The Camera in the Xperia 5II is exactly what we came here to see. The 5II takes the rear camera’s and the selfie cam straight from the Xperia 1II. It means that at a cheaper price you get the exact same top of the line powerful camera set up that is a whole lot more than your usual point and shoot style camera. We get 3 rear 12mp cameras, a main shooter, ultrawide and a telephoto lens and to be fair to Sony the point and shoot images while good aren’t 10/10, more 7-8/10, but that’s solely because Sony focus on the pro-photographer. With the ability to tinker your camera settings that you can’t access in most phones you have the chance to play with everything from ISO to colour balances and everything in between to help you get the shot you want. The telephoto sensor only works up to 3x optical zoom, but the quality of zoom images is particularly good – without studying them closely you wouldn’t know that they were zoomed-in.

There’s a single 8MP front-facing camera, which produces nice-looking selfie shots. There are many phones with higher-specced selfie cameras, but if you’re just looking to take the odd shot for your social media channels you’ll be perfectly happy with what Sony’s selfie shooter can do. In fairness, the less I see of my mug the better.

The Xperia 5II isn’t trying to be the top of the top, packing into it a Qualcomm Snapdragon 865 chipset with 8GB of RAM. Not the top shelf but close enough that the power is more than sufficient for what you need and maybe even saying this is proof of my own spec sheet snobbery. There’s nowt wrong with the processor and it did the job admirably. Everything loaded without issue and in the past I’ve become used to what I called the “Sony Glitches” but they seem to be a thing of the past with no lags or crashes to note during my time playing with the 5II.

Oh before I forget, Sony also added a fancy new feature called Heat Suppression Power Control, this makes sure the phone doens’t overheat when you go on a heavy video or gaming session. Again it’s not something most would buy a phone for but trust me it’s handy to have and something I will miss as down the years some phones – yes I’m looking at you HTC, managed to get so hot to the touch we’d end up dropping them.

The Xperia 5II will only hit these shores with the 128GB storage, still plenty and you will be able to upgrade using a microSD card. We also get 5G and Android 10 as standard with it’s own Sony UI overlay which gives the operating system its own Sony styling.

The phone has the same 4,000mAh battery as the Xperia 1II with the fast charging capability, the only downside you don’t get the 21w fast charger as standard. In fairness, the Xperia 5II is a slightly smaller phone, meaning this is a beast of a battery for a phone of this size and with my standard usage we managed to get to the end of the day with 9% left in the tank….and I would be a tad over the average user.

The Sony Xperia 5 II is available through Eir and Vodafone with prices at €800, and it comes in only one model with 8GB of RAM and 128GB of storage.

The question is, should I buy a Sony Xperia 5II? Well that really depends!

100% go for it if you are a fan of Sony phones, maybe you’re in the market for an upgrade or want something a little smaller that still keeps to the core values of a Sony phone. This model is all about them premium features in a smaller size and if the Xperia 1II was something you had in mind then the smaller Xperia 5II is an ideal alternative. You would also like this phone if photography is your things. The Sony Xperia 5II is about more than point and shoot out of the box photos, here you get to control the camera settings to get exactly the shots you want, day or night.

The other side of that is, the Xperia 5II is not going to be for you if screen quality is a big things for you, I would be looking at the Xperia 1II or the Galaxy S20 wit their QHD displays as better choices. The Sony Xperia 5II also doesn’t include wireless charging nor does it come cheaply with pricing similar to a OnePlus 8. If price is the major issue have a look at the Google Pixel 5 or the Xperia 10II for worthy alternatives. It’s a cracking phone, I truly did love it but was it enough to move from my Pixel 5G as the daily rider? Not this time.