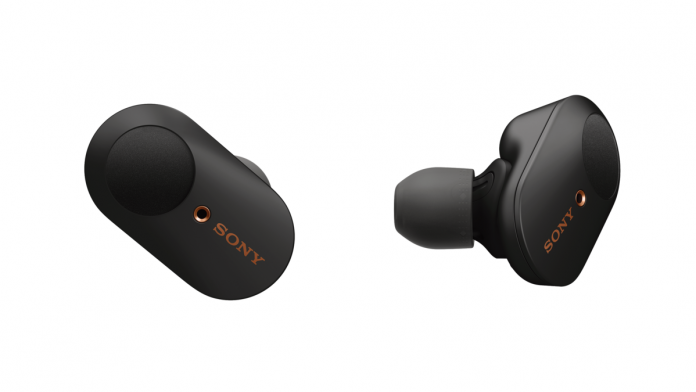 Sony and audio are a match made in heaven, where their mobiles fall down their audio division nail. Sony is probably one of the biggest and best players in the game when it comes to creating high-quality headphones so when it was announced that they were releasing their own truly wireless earbuds it was hard for us not to sit up and pay attention. The expectation was always going to be that the WF-1000XM3 true wireless buds would offer superior noise suppression and no small amount of style. And guess what….they do.

Sony has a style, it’s neat, tidy and stylish. On design alone, there are some of the nicest looking and feeling earbuds I’ve personally used. The earbuds are well made and the understated design works wonders, especially when you think most customers are commuters and office workers, it makes sense that they would stick to a subtle black-and-grey colour scheme with small copper accents. To be fair they are bulkier than the golf tee-esque Apple Airpods but they are much cleaner. 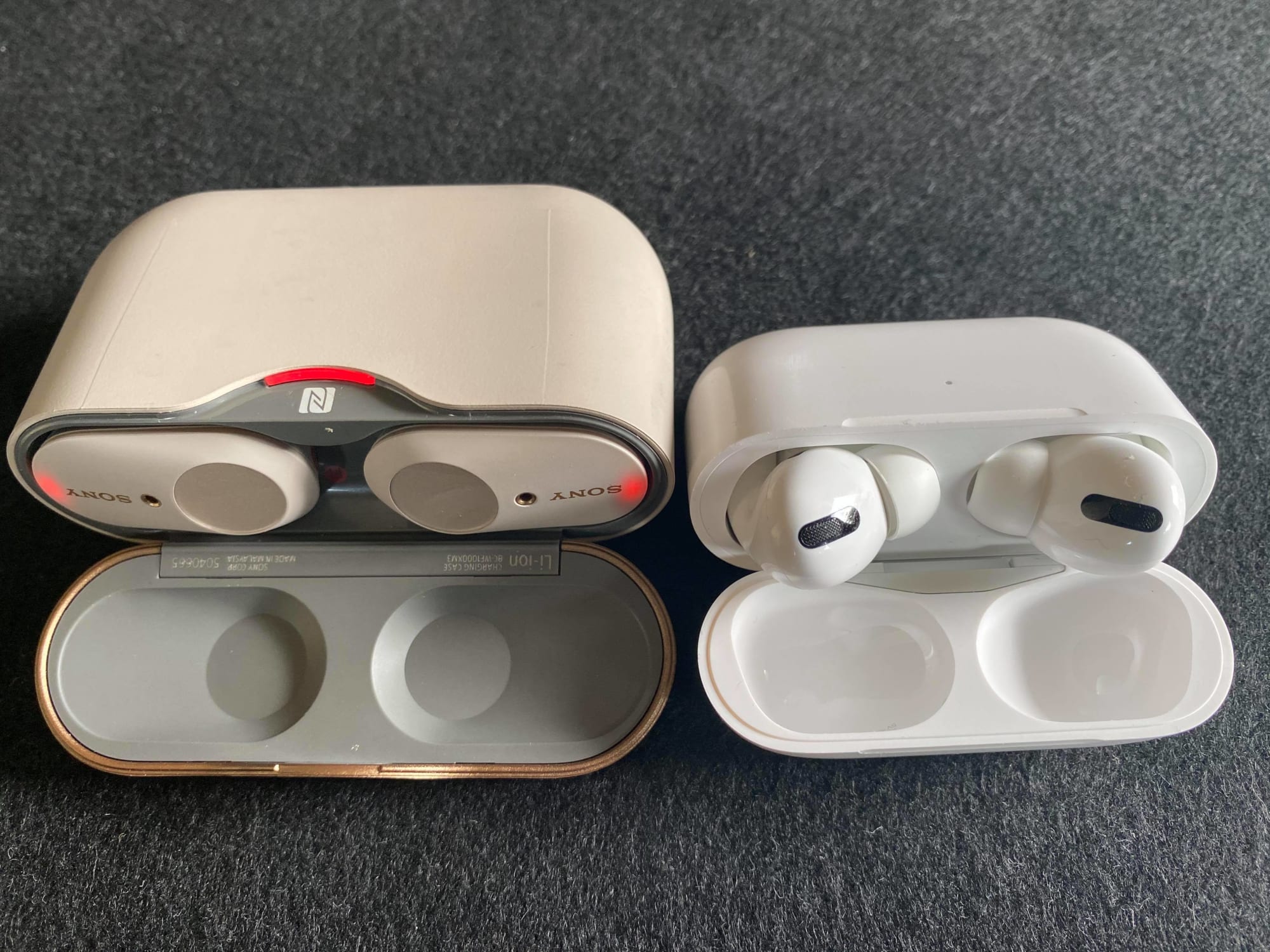 The headphones come in a nice pill-shaped rechargeable case with a copper lid which matches with the overall colour scheme. Rocking the same QN1 Noise Cancelling processor as the WH-1000XM3 these earbuds are a real improvement on the old WF-1000X’s.

The WF-1000XM3 are also very comfortable with a clever twist in place system which is secured by the structure of your ear to feel nice and snug. They don’t feel as if they are going to fall out at any point which is nice but I wouldn’t want to wear them all day. After a few hours I find you need a break but with a selection of non-slip rubber earbud covers are in the box, it’s worth experimenting to find one that offers the best fit for you.

Bluetooth & NFC Pairing, Google Assistant, familiar Sony audio processing refinements, including DSEE HX and hands-free voice calling, the WF-1000XM3 have it all. Like the WM-1000XM3’s these earbuds can be fine-tuned with the Connect App to get the sound you like and you can also use the app to prioritize Bluetooth connection over sound quality.

Like their similarly priced competition, the WF-1000XM3 know when they are in use with a proximity sensor provides wearing detection. If you take one out your Spotify will automatically pause and when you put it back in your music will replay. It’s a cool little feature that’s far more useful than you would think. There is also a small touch panel that will pause or play. Unfortunately, there’s no on-bud volume control though; that can only be carried out through the app.

Another small bit of bad news but only for the big audiophiles, there’s no aptX HD and they use a 24-bit processor instead of the 32 found in the WH-1000XM3 but meh I say.

Personally I found the Bluetooth stability was always very good, I read that Sony has placed the antenna in the pointy bit of the bud and they use a new transmission system which reduces latency that gives a much better experience if you’re watching TV of your phone. This system greatly improves stability, connectivity, lowers power use and allows you to connect just one earbud if you need.

The sound quality is incredible and like me your commute is all about the podcast the audio is silky smooth. To be fair the WF-1000XM3 work across the board with a bit of tweaking in the app you can really hear the difference between ambient and bass sounds. Let’s be real the bass in the overheads is always going to give a bigger boom, but these little buds certainly pack a wallop.

To test out the noise-cancelling abilities I did what any of us would do, wear them on the bus and the train to see how they faired. The Active Noise Cancelling is brilliant at drowning out a nearby conversation and on a normal everyday commute I found that the noise suppression is really high. Again this will probably never be as good as the big overheads but for something so small the performance is more than satisfactory. Put it like this, for everyday use these will be perfect but for something like a long haul flight you might want to break out the big boys.

In a word, tidy. I’ve been rocking the Skullcandy Indy True Wireless as my daily riders and they have a 4-hour battery for under €70, so you would expect these to be much better considering they are €180. They are and they much better than their price point rivals too. The Sony WF-1000XM offers about 6 hours of power per charge which equated to just over 4 hours constant playback with noise cancelling on. Considering the Apple Airpods give 5 hours and the Sennheiser’s Momentum True Wireless offer about 4, it just goes to show that Sony are out to stamp their authority on the market.

The charging case while it’s slick doubles up as the power source, stick the earbuds in for 10 minutes and you get back 90mins of juice. Fair handy when you’re travelling. I also love the fact that the case is included USB-C cable for charging, meaning the case gets a full charge in just about 3 hours.

Fine, they have a couple of problems but on the whole, I enjoyed the WF-1000XM3’s. They are typically stylish and they are packed with some serious noise-cancelling technology. Sitting in the office, going for a walk or need something light and portable for your daily commute and don’t want bulky headphones, these could be just the job. The sound quality, fit, and design are all top-notch and really the Sony WF-1000XM3 is a prime example of how far true wireless earbuds have come.

I also found the battery life very good in comparison to some of the other earbuds I’ve tried and the charging case is neat and tidy. It would be cool if they had an official IP rating but that’s a really minor issue overall. The PowerBeats Pro are probably the main competition and I reckon Sony have just managed to be the better product. All in all, for a price under €200 the WF-1000XM3 could quite possibly be the best true wireless earbuds we’ve seen to date. Let’s see what Martin makes of the Huawei Freebuds 3.