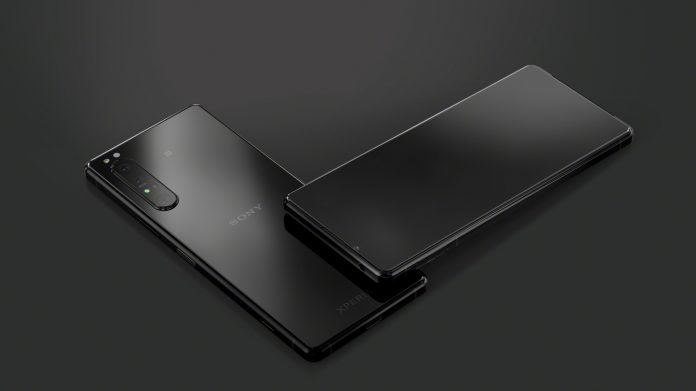 It’s the most wonderful time of the year, well for us anyway because the latest and greatest smartphones of the year have just been announced. Martin was recently in Barcelona for the launch of the new Huawei range,Samsung have just announced the Ultra 20 range and now Sony have entered the fray with the upcoming release of of its first flagship 5G enabled handset. With the 21:9 ratio and pumped up camera the Sony Xperia 1 II (Mark 2) is set to be their best handset to date, built for speed so you can create or just enjoy quality imagery and video in style.

Lets take a quick look at the top lying specs we are set to see:

“Sony is uniquely positioned with our wide portfolio in the era of 5G,” said Mitsuya Kishida, President of Sony Mobile Communications. “Xperia with 5G takes your mobile experience to the next level.”

The Sony Xperia 1 II has been designed to get the biggest bang for their buck from the camera. Huawei have revolutionized the photography space in recent years but Sony have always been solid performers, do they have something this year to compete? Maybe.

Designed with Sony’s Alpha industry-leading AF technology, the newly developed triple lens camera supports advanced photo technologies using ZEISS optics, calibrated specifically for Xperia 1 II. They’re also looking to leverage tech designed for their Alpha interchangable lens cameras to offer continuous AF that performs AF / AE calculations at 60 times per second. Essentially this means it’s a world first for high-speed shooting at a maximum of 20 fps which is especially useful for shooting moving objects, like cars or kids. Focus on the subject and follow their movements with high precision, it sounds good and this is one feature I’m looking forward to testing out during the hands on review.

Getting pics in low lighting conditions is another area we have seem massive leaps in the last number of years. Whether you’re getting that lovely shot of the moon or trying to take the club selfie, getting out of the dark is a big deal. The Xperia 1 II is set to deliver quality images in challenging circumstances thanks to four technologies working together: Dual photo diode sensor, an auto-focus system that covers approximately 70 percent of the sensor, the 3D iToF sensor and a new large 1/1.7” Exmor RS™ for mobile sensor makes it 1.5x more sensitive than the previous model, resulting in faster and accurate AF in low light shooting. This Triple lens system is to offer versatility with three focal lengths: 16mm/24mm/70mm. The new Photography Pro “technology from Alpha” brings a user interface that is aligned to Alpha photographers, with manual controls to set ISO, shutter speed and more. Basically here the camera is going to be much more than a snap and go, this level of felxibility could be a real game changer for smartphone photographers or videomakers.

There’s also the cool Imaging Edge for Mobile feature which allows the phone link to a Sony Alpha camera to let you use the phone as a remote, controlling composition, focus mode and ISO sensitivity among other settings. This also allows the user to transfer photos taken on Alpha to Xperia 1 II to review colours and hues with professional grade accuracy.

The Xperia 1 II is powered by a whopping 4,000mAh battery with fast charge capability that is said to give you about 50% battery in under 30 minutes. That’s pretty sweet but this year we also get Qi fast wireless charging for a fast battery boost on the move. Sony continues to develop battery technologies to improve the lifespan and keep the battery healthier for longer including AI-powered ‘Battery Care’ that adapts to your personal routine. To be fair I’ve never found Sony to be bad on the battery but any and all improvements are always going to be well received.

All about the entertainment 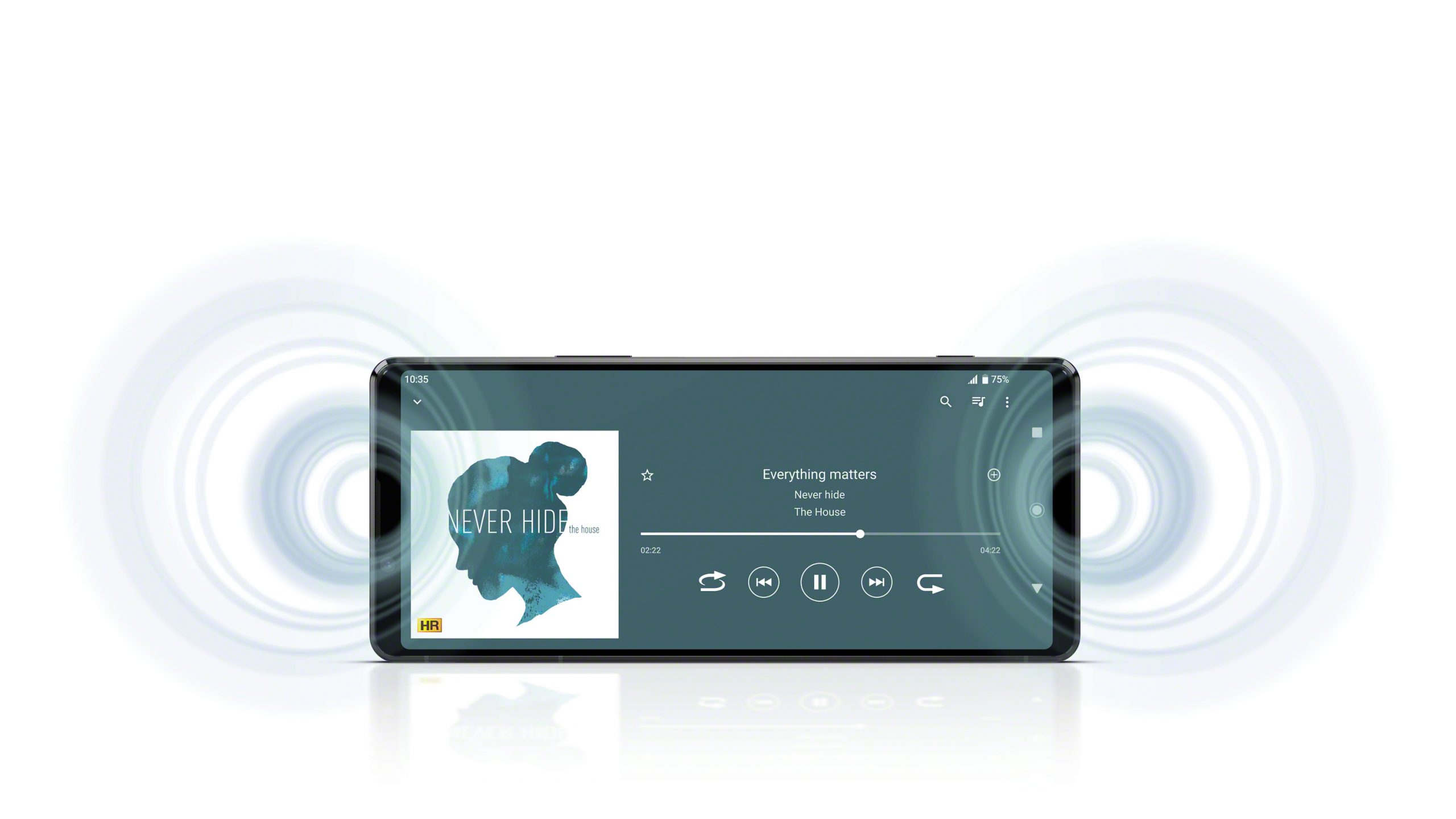 In fairness Sony finally seem to have a plan. They are doubling down on the entertainment, with the 21:9 display and Dolby Atmos sound system it’s all about the movie magic.

Whether you’re listening to music or watching movies, the Xperia 1 II is finely tuned for an immaculate entertainment experience. Motion blur reduction technology is equivalent to that of a 90Hz display and reduces frame lag for a clearer image quality and with Dolby Atmos® sound, tuned in collaboration with Sony Pictures Entertainment, the result is a multi-dimensional surround sound experience.

The aural experience is taken even further with the world’s first smartphone with 360 Reality Audio hardware decoding to optimise sound quality and high-quality music can be enjoyed through the front stereo speakers or in combination with wired headphones with the 3.5mm jack or wireless headphones. We do appreciate when companies continue to rock the 3.5mm, don’t get me wrong it’s a dying breed but for most when you’ve got old headphones you like to use or like me a mic that only plugs via 3.5, then this is a good thing. Connecting to the PS4 is nothing new for Sony but with the new 21:9 display, gaming experience combined with direct connection to the PS4 Control makes gaming on the go more fun and is now compatible with Call of Duty which has been optimised as a result of Sony’s collaboration with Qualcomm Snapdragon Elite Gaming.

Game Enhancer, a feature that was first introduced on Xperia 1 to enhance the mobile gaming experience, has been improved with additional functionality on Xperia 1 II. It will now support Competition Set which pins the game App to the screen and turns Xperia to a gaming-focused device, suitable for even competitive E-sports.

With Built for Speed being their big sales line, it’s no surprise that this years Xperia is their first 5G enabled handset.

The Qualcomm Snapdragon™ 865 5G Mobile Platform and the Snapdragon X55 5G Modem-RF system lets you to game, capture, cross-task and connect like never thought possible with staggering multi-gigabit 5G speeds and improved performance with 25% faster CPU and GPU than the previous model.

The Xperia 1 II comes with IP65/68 water resistance[xix] and Corning® Gorilla® Glass 6 on both sides, making it sturdy as well as beautifully designed.

And last but not least, cases! I’ve always found that due to Sony’s release schedule getting cases can prove to be a bitch. Now thankfully to compliment what’s a stunning phone in hand you can also get a matching cover direct from the source. The Style Cover as it’s being called will offer protection while allowing you see time, date, and notifications, even when it’s closed. Not unlike the Samsung S-View cases in that sense. However there is also a model with an integrated kickstand so you can comfortably view the screen, watch movies, and play games. Both cases are available in Black and Purple to effortlessly blend with the colours of Xperia 1 II.

So far this looks like a really interesting phone and it’s going to be interesting to see how it compares to the efforts from Sony and Huawei, keep an eye out for our hands on reviews and a podcast where we will rank this years latest smartphones from best to worst.