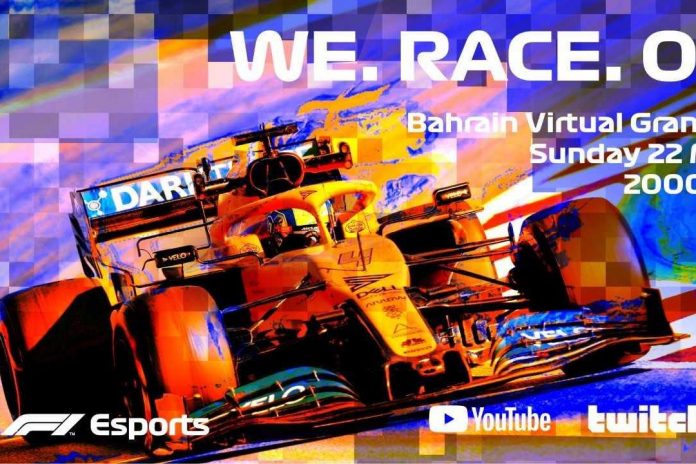 It’s a bonkers time right now. I’m a Sky Sports customer, but there are no live sports to watch. The broadcaster has started showing playbacks of games and sports to beat the band. In fact, Sky has paused payments from publicans who are paying for the Sky Sports package and also offered no quibble pausing of subscriptions for Sky Sports customers like myself. They’re also getting creative and have just turned to E-Sports.

This might be pretty self-explanatory, but let me spell it out. E-sports are electronic sports. Typically, these are played on games consoles or gaming rigs (powerful PCs) which represent real-world sports. However, e-sports also include non-sports games. In fact, the most popular e-sports include mythical and shoot-em-up games like League of Legends, Dota, Counter-Strike, Overwatch, Super Smash Bros., and StarCraft.

Sky, as you might expect, are sticking to the representative e-sports. Their first dipping of a toe is Formula One.

Sky has shown e-sports before and they’ve even focused on Formula One specifically during the 2018 season. E-sports have become big business within Formula One with the likes of Fernando Alonso starting his own team and many drivers competing regularly too. Believe it or not, the first virtual Grand Prix at Bahrain included Lando Norris, current McLaren F1 driver.

When planning this virtual Grand Prix, Sky had a choice to make and I genuinely don’t know which is the right one. They had to choose between a proper race with competitive e-sports pros or get a load of famous heads in for a race. They went with the latter. The grid was filled with motorsport commentators, drivers from various classes, former drivers and a few random people too. This race included Lando Norris, Nico Hulkenberg, Lewis Hamilton’s brother, Johnny Herbert, golfer Ian Poulter and Chris Hoy.

Former Renault driver Nico Hulkenberg said before the Grand Prix, “there’s a lot of geeks on there that are really good”. Funny considering just a few months ago he was racing the real deal around real tracks.

Could E-sports Fill The Gap On Sky Sports?

The simple answer here is yes. The complicated answer is no.

Unfortunately for Sky, they are trying to find something. Actually, they’re trying to find anything. Anything that can fill the gap. E-sports is a pretty big deal and is not without its own coverage. This very race which was streaming on Sky Sports was available for free on YouTube.

If Sky is serious about either promoting e-sports or having it has a contingency plan for the world of sports going into shutdown, they need to support it all year-round. They need to invest and from a business point of view, need to own the rights.

We might be seeing the start of a new way of thinking when it comes to e-sports, but when the Premier League comes back, it’s hard to imagine e-sports will get the 8PM slot on a Sunday evening on the main Sky Sports channel.

I’m a terrible e-racer, but I do have the Thrustmaster F1-series racing wheel, so Sky – my phone will be on for the next race!