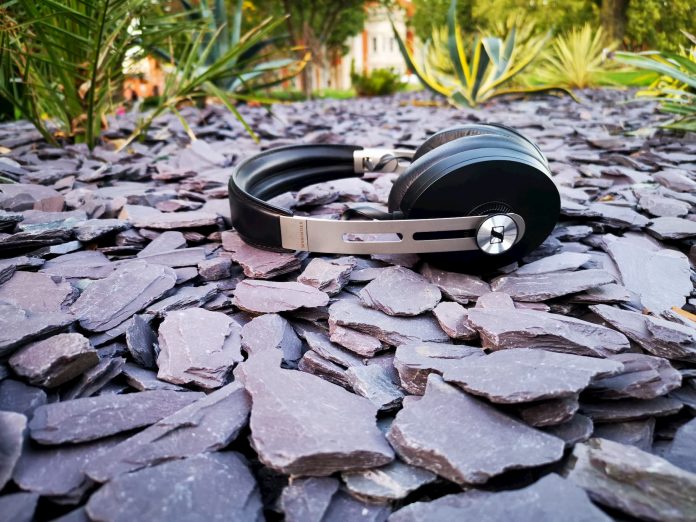 People are investing more and more in audio equipment these days. It might be a by-product of travelling more, but noise-cancelling headphones capable of muting the like of aeroplane engines top of people’s shopping lists. For me, shopping for noise-cancelling headphones means you’re looking at the likes of Bose, Sony and Sennheiser. I’ve tested out the Sennheiser Momentum 3 Wireless Headphones and will now let you know if they’re worth your hard-earned cash.

It’s a bit of a cop-out on my behalf to use the term premium to describe the Momentum 3 Wireless headphones. I can’t think of a better way to describe the overall look and feel. The headband features a classy padded leather making the top section very comfortable indeed. The cans themselves are soft and, against, comfy and are held in places with a clip slideable mount on brushed steel. It all leads to a very nice looking pair of headphones. 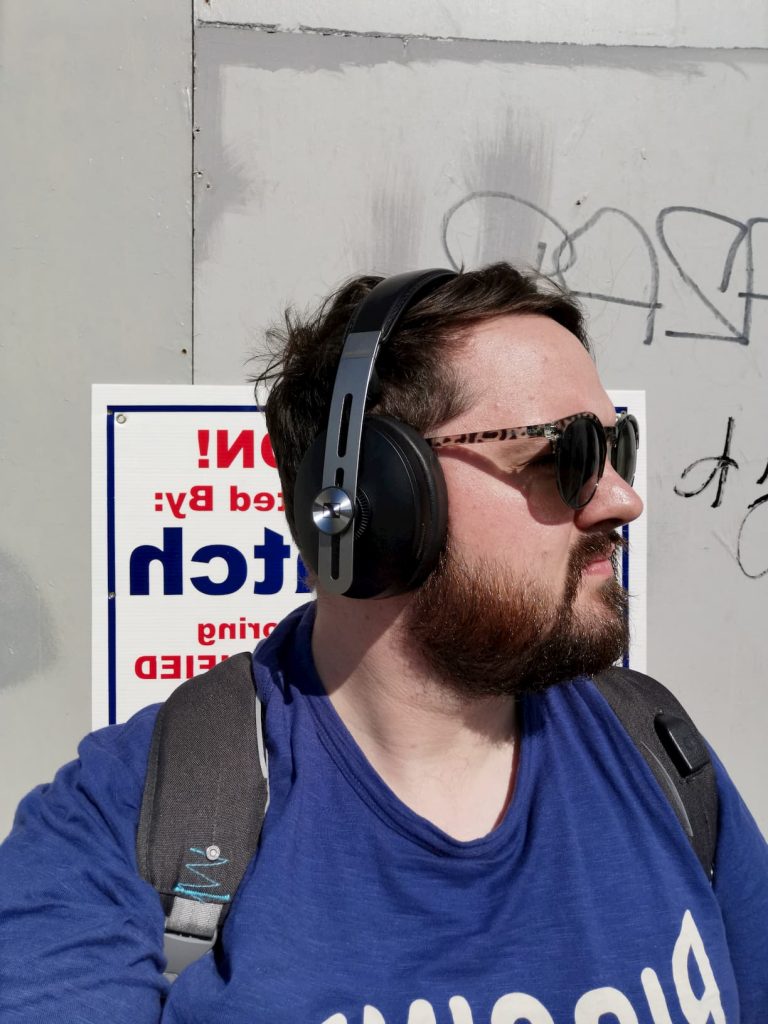 I did find the cable that runs from the headband to the cans a little odd. On a pair of headphones like this, it’s a vulnerability that stands out like a sore thumb but it doesn’t impact the functionality so I can live with it. There are some other design quirks which I found ruining my day to day usage of these headphones but maybe it’s better I cover those as functionality instead.

I’ll talk about sound quality in a minute. I know it’s the most important thing, but spoiler alert, they’re brilliant. That’s why I’m going to talk about the functionality first.

The Sennheiser Momentum 3 headphones offer a few other bits of functionality too. They fold away neatly in half and this action doubles as being the power control. Folded they’re closed and open they’re on and ready to go. It’s a handy feature but it does take some getting used to. I’ve come back to my desk a few times to see the headphones turned on and my battery empty.

Another feature, which should be great on paper, is the auto-pause sensors. When you take the headphones off the music pauses. Unfortunately, the reality is this feature annoys more than helps. I found that wearing glasses while working meant the headphone regularly thought they were no longer on my head and paused my music if I turned in the slightest of wrong directions. Thankfully you can disable this feature if you find yourself having a similar experience.

Two pieces of kit I use regularly are the Chipolo and Tile. These are both Bluetooth tracking devices attached to my wallet and my keys. I’m that kind of guy. I use them once a week each and it’s usually in my apartment. It’s a little tougher to lose a pair of headphones but still, the Momentum 3 has Tile bits built-in. That means you can find your headphones nearby but also have others on the Tile network spot them if you lose them out and about.

And now we get to the business end of things. How do they sound? They sound as epic as you’d expect a pair of headphones at this price point. In fact, they might very well be the best-sounding headphones I’ve ever tested out. Here are the key areas of sound quality along with a bullshit buster intro to each section.

Bass is all about the deep and heavy stuff. Think the kick drum in a drum kit. Every time that kick hits, you want to hear the thump, precise and clear, but then have it quickly disappear.

As you might expect from a high end set of cans, the Momentum 3s offer punchy bass. That’s to say the bass levels hit hard, stay clear and don’t bleed into the other areas. Ultimately, this means you get the incredible sense of feeling the beat without losing clarity of vocals.

Mid is where you’ll hear vocals, guitars and piano come through, amongst other bits and pieces.

Owing to the tight and punchy bass, the mid is super clean on these headphones. Vocals remain nice and clear.

Some vocals and guitar will sneak into the treble, but this is really home to higher frequency sounds like cymbals from the drum kit. That doesn’t take away from the importance of crisp treble. In fact, for me, treble is the most important part of headphones because it completes the picture. Get treble wrong and everything just sounds dull and boring.

It’s nigh-on impossible to fault the sound quality of the Sennheiser Momentum 3 headphones.

While lots of the sound quality is driven by incredible hardware, it’s supported by the latest software and hardware integrations. Most important for audiophiles is support for SBC, aptX, aptX Low Latency, and AAC. If you’ve got a phone which supports this kind of tech, it might be worth springing for Tidal to get the most from all your gadgets when listening to music.

As you might expect, the Momentum 3s have Active Noise Cancellation. That means the headphones listen to your surroundings and play their own sounds, which you can’t hear, you intercept surrounding noise. The typical example to give where this is brilliant is flying. I remember the first time I took off ANC headphones and nearly had a panic attack when I heard how loud the plane was. It’s a life-changing feature. 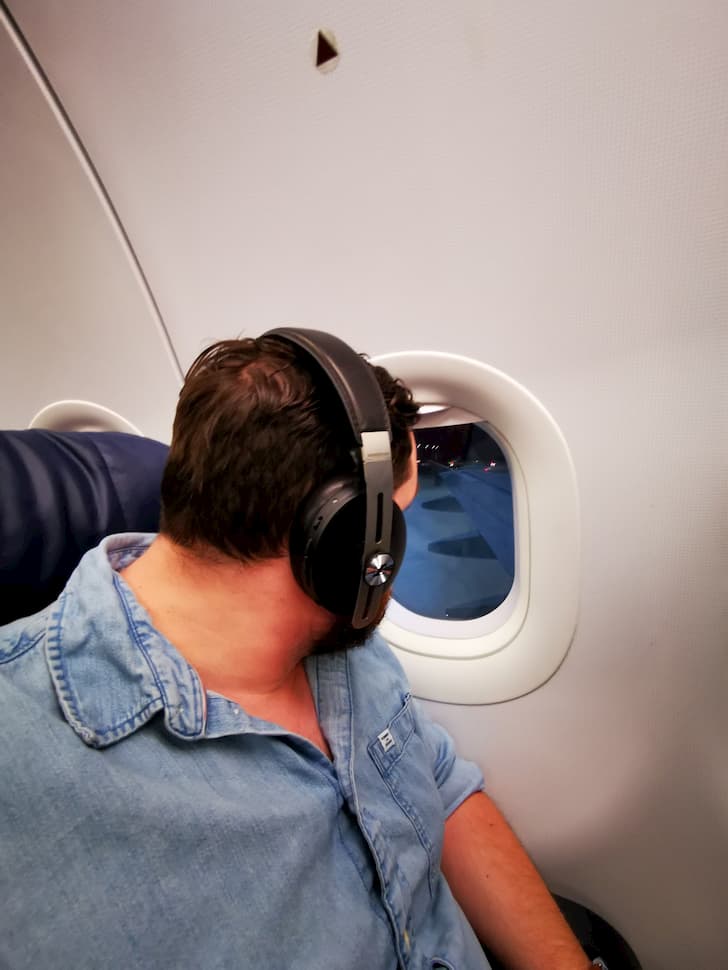 The Momentum 3s are a good pair of wireless ANC headphones. I’ve tested them on a long-haul flight to Seoul, long before lockdown last year, and I thought they were very good. However, in a makeshift test at home because of isolation they did disappoint. I was comparing them to the Bose QuietComfort 35 Series 2 headphones. The home test, if you’re interested, is to turn the extractor fan on over your cooker to full power. This is actually a decent replacement for a jet engine. The Sennheisers, if I’m honest, were rather disappointing. The Bose headphones pretty much removed the sound completely while the Momentum 3s left plenty to annoy me.

And this is the crux of the problem I have with the Momentum 3s. I’ve been comparing them to my beloved Bose headphones all along. While they can stand up to them in terms of audio quality, there’s just not enough there to justify going for the considerably more expensive pair of headphones.

The Momentum 3 headphones retail right now for about €340 on Amazon.co.uk. For a tenner more you could pick them up in Harvey Norman. Straight off the bat, they’re expensive. When I get to this stage of the review, my opinion is formed. I go around the internet and check what other people are saying and this is one of the rare times I find myself completely at odds with so many others. These are being rated some of the best headphones on the market. And while I do agree, not enough people are providing the caveat that while good, there are much better ways to spend your money on headphones.

For €290 you could grab the mighty Sony WH-1000XM3 ANC headphones from Amazon UK. The biggest fault to be found with those is the touch controls and silly naming convention. I would recommend my own Bose headphones but they would set you back the same as the Sony headphones and you wouldn’t get USB-C. The truth is, if you can find either the Sony or Bose headphones on sale for a reduced price, the latter being more likely, you’d be bagging a bargain. If you pick up the Sennheiser Momentum 3, I can’t really see how you’ve done anything more than spend more than you’ve had to.