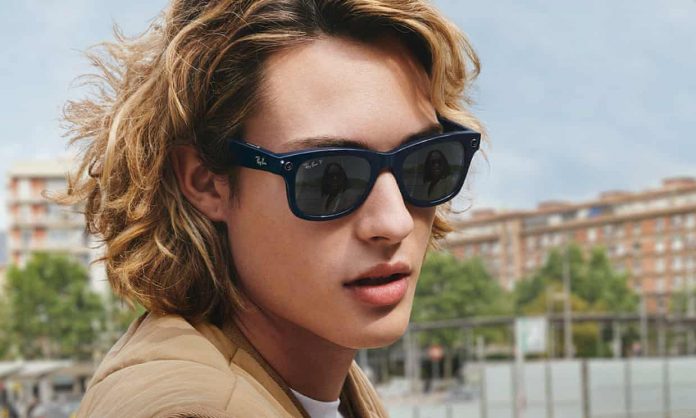 I have a pair of smart sunglasses made by Huawei. I love them. For years I pondered picking myself up a pair of Ray-Ban sunglasses, but the Huawei Eyewear II ticked all the boxes for me. Still, I was briefly interested to hear that Ray-Ban Stories had hit the market. These were the first smart glasses from the world’s most famous eyewear brand. My excitement was short-lived as I soon learned they have been built in partnership with Facebook.

What Are Ray-Ban Stories: Overview

Ray-Bans Stories are smart sunglasses and smart glasses from Ray-Ban. They’ve been designed to look fairly similar to the classic look you’d expect from Ray-Ban. The glasses were announced by Mark Zuckerberg during Facebook Connect last year. While the glasses more or less look like Ray-Bans, they are packed with tech.

Just like my own smart specs, there’s an open-ear speaker in the temple of the glasses. This lets you listen to music or podcasts on the go and, of course, take a call if you need to. There are touch controls on the temple for skipping tracks and turning the volume of your tunes up and down.

You can pick them up with sunglasses lenses or blue light lenses in a variety of colours and a couple of styles too.

Oh, then there’s the big thing I nearly forgot. Unlike my Huawei glasses, the Stories have two 5MP cameras built into the frames that connect directly to a Facebook App on your phone for posting to social media. These cameras are capable of capturing high-quality photos and standard quality 30 fps video. In a lot of ways, they’re quite similar to Snapchat Spectacles. There’s a small LED that illuminates to tell others the cameras are active.

Now, let’s get into everything that’s wrong with these glasses.

The partnership with Facebook is weird for many reasons.

Facebook is hardly a bastion of privacy protection. Over the past few years, the company has found itself at the centre of the Cambridge Analytica scandal and huge leaks of personal data. So, when I see that Facebook is connected to a pair of glasses that has two cameras installed in the frames, I get a bit concerned. I’m not alone there either.

The Data Protection Commissioner (DPC) is the regulator of Facebook under the EU’s GDPR because the social media giant is based in Dublin. The DPC has raised concerns that the small LED may not be a great way to inform others that they are being filmed. In a statement, the DPC said, “there is a very small indicator light that comes on when recording is occurring. It has not been demonstrated to the DPC […] that comprehensive testing in the field was done by Facebook or Ray-Ban to ensure the indicator LED light is an effective means of giving notice [that the glasses are filming]”.

I’ve deleted WhatsApp and Facebook completely from my life because I just don’t like Facebook’s approach to privacy. The last thing I want to hear is that Facebook is powering a load of cameras wandering around the streets.

Beyond the very real privacy threat here, I just cannot get my head around Ray-Ban opting to link their own well-known brand to Facebook. The biggest drawback of VR platforms like Oculus now is that you need a Facebook login to use it. That’s enough to put many off buying the tech, but at least Facebook owns Oculus, somewhat justifying the connection.

Ray-Ban is the sunglasses choice of pilots around the world. They’re a pretty cool looking pair of glasses and even make their way into countless blockbusters. In fact, it was Tom Cruise’s Risky Business and Top Gun movies that saved Ray-Ban from vanishing completely during some tough times. They’ve also massively benefitted from other associations, like being the beloved iconic choice of Casey Neistat.

Are Ray-Bans still cool? Ultimately, yes. I can’t see this partnership being enough to destroy the brand. But it’s just an incredibly odd move.

I can only assume Facebook has dished out massive amounts of cash to make this worthwhile for Ray-Ban. Facebook has effectively ceased to be cool for a lot of reasons and because of the privacy issues I don’t think Ray-Ban benefits from technology credibility here either. Money has to be at the core of this partnership with Facebook really being the bigger winner.

Are Ray-Ban Stories In Ireland?

Yep! You can buy Ray-Ban Stories on their website, where they’ll set you back €329 regardless of which frames you pick. You can also try them on virtually to get a feel for what they might look like on you.

If you’re knocking about Dublin, don’t forget there’s a Ray-Ban store on Grafton Street where you can get up close and personal with them.