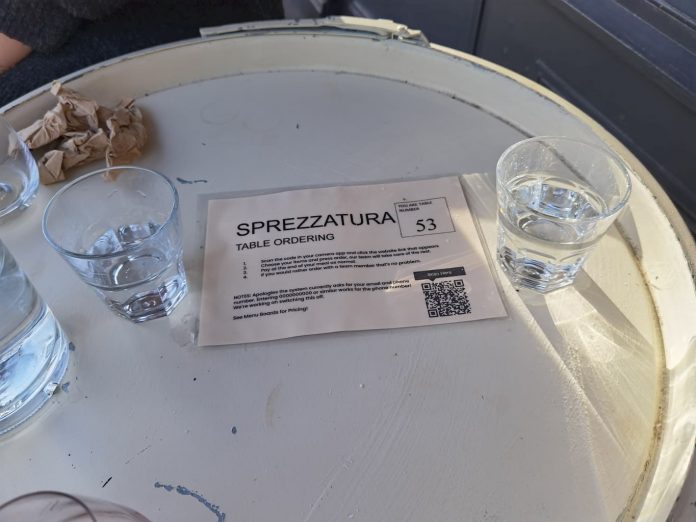 User experience is something that changes dramatically as technology changes. Developers and designers quickly adapt and adopt to what consumers like you start to do. It’s your real world actions that shape the services you interact with. At least, that’s how the good services operate. In a world where we’ve been told we’ll likely have to learn how to live with COVID-19 for quite some time, there are user experience trends emerging very specific to a world living with a pandemic. One such trend is the return of the QR code. I personally believe this is the final stand of the QR code for the Western world, a world which has oft-rejected this analogue bridge into a digital world.

What Is A QR Code?

A QR code is very similar to the barcode you’d find on your groceries. It’s a machine readable code. This means that when it’s scanned by a reader, the machine (eg. till system or smartphone) can convert what you scan into information that makes sense to the computer. It all happens quick as a flash and for that reason, these codes get the title of Quick Response codes (QR codes).

QR codes have been around since 1994 and were originally developed for the Japanese automotive industry. They were popular for manufacturing lines where automated processes need quick access to more information than traditional barcodes could hold. You’ll have seen and probably used QR codes if you’re familiar with services like WhatsApp Web which uses a QR code to log in.

Today, they are also somewhat popular for the same reason.

Outside of their foundational industry QR codes have had varying adoption worldwide. In Asian countries, they have grown extremely popular. On a recent trip to Seoul in South Korea, nearly every store I visited had a QR code where people could pay for goods using their KakaoPay, an integrated feature of South Korea’s WhatsApp equivilant.

Back here in the West, QR codes have undertaken a very uncertain journey when it comes to their adoption. Generally speaking, they do appear in a surprising number of places. One popular spot is the cinema. When I pop into Cineworld, I don’t print tickets. Instead, I have an email on my phone with a QR code. The attendant just needs to scan this and we’re in. It’s a great solution for situations like this because QR codes are easier to read on screens versus traditional barcodes.

Now, while this is a fairly common application the big point here is that the cinema attendant is doing the scanning, not me, the customer. And this has been QR codes biggest issue to date. People simply don’t use them. QR codes seem to the be best solution to a problem we just don’t have yet. If you’ve got four minutes, check out this marketing talk on how humanity is generally using QR codes terribly.

The perfect solution to a problem we don’t have. At least that was the situation until COVID-19 hit and that’s why it’s now or never for QR codes.

I hope you had the time to watch that video because it does outline how QR codes were the wrong solution at the wrong time for many businesses. With COVID-19, I’ve genuinely scanned QR codes because I had to. Here’s when I’ve had to scan a QR code.

To Get A Menu In Sprezzatura Restaurant

My partner and I went for a walk one evening because the weather was stunning. We hadn’t planned to dine out, but after hearing about how amazing Sprezzatura was we said we’d grab a bite. We sat down outside and on the table was a piece of paper with all the instructions we’d need to get some grub. To see the menu, we could either go into the busy restaurant or scan a QR code.

I did the latter. The QR code was linked to a page on the restaurant’s website where I was able to view their menu and even order food if I wanted to. I ordered from their staff but still, this was a fantastic use of QR codes in a world where sharing menus and crowded spaces should be avoided.

After a night away we were on the road back to Dublin. Realising we were passing through Kildare and after restrictions were lifted, we made a stop in Kildare Village. The transformation this place has undergone to stay operating during COVID-19 is incredible. As you walk in, you’ll have your temperature automatically read. Anything over 38-degrees means you’re going straight back to the car. Thankfully, we got straight in.

The next think to catch my eye is the virtual queuing systems outside every store. Depending on the unit size, each store has a maximum capacity. We were visiting on a Friday so it was relatively quiet. At least most stores were. The Nike store on the other hand was heaving. Their solution is a brilliant queuing system. You walk up to the door, scan a QR code which loads a web page and you fill in a form.

When you fill in the form, you’ll join a virtual queue and you can then go venturing around the other stores until it’s time for you to stroll into the Nike store. Nearly all stores are capable or adopting this system and even in Dublin I’ve seen a few places doing something similar. Some marry the two concepts and allow you to scan a QR code outside, order your food for takeaway and have it brought out to you.

Is Now The Time For QR Codes?

So the big question remains. Is now the big moment for QR codes? Well, if it’s not now it’s never. QR codes are finally the perfect solution to a very real problems traditional retail stores, bars and cafes are experiencing. Draft plans for pubs reopening suggest that table service will be the norm. With COVID-19 we should be limited unnecessary movement of staff and technology can help with that. A QR code which lets you order straight to your table reduces excessive staff movements and if you integrate payment solutions in here too, no more cash or contactless faffing about.

Already in Dublin, craft beer big house Brewdog lets you order to your table like this and it works really well. No more messy splitting bills when you know your one mate without Revolut is tagging along. You just order and pay for your own bits.

The big advantage that QR codes have right now is their widespread integration in smartphone cameras. Generally speaking, if you open up any smartphone camera and point it at a QR code, the phone will automatically know what’s going on, read the QR code and load up what’s needed. Whether it be a menu, a place to order or somewhere to sign up for reminders or newsletters.

There’s absolutely no guarantee that now is the time for QR codes to shine. But if this isn’t the making of them, I think it’s safe to say they’ll never catch on over here.