Home News Tech News Nokia 3310: It was a game changer Ready to feel old? This week saw the 16th birthday of the Nokia 3310. Nokia will surely come back on the scene in the near future but still we find one of the most popular and iconic phones ever created was the indestructible Nokia 3310.

From design to timing the Nokia 3310 will go down in mobile history as being the product that paved the way for smartphones to become what they have today. Chances are you are currently reading this on a smartphone. When the Nokia 3310 launched, mobile phones grew in popularity amongst the public. But what made the 3310 so popular with lasting fond memories to this very day?

For those who weren’t into phones back then, it sounds like madness. Back in 1999, phones had these blocky antennas and were boring ugly square things. Nokia was changing the game when 3310 took the stage with a neat compact design, lovely rubber buttons and a slight but elegant curvature that set it apart from the competition.

While the claims were, at the time, that the lack of button cover and antenna meant poor reception and the ability to pocket dial. Eventually became forgotten myths and these designs became the standard for the following five years.

Yes, it was a thing back then. WAP, infrared and the likes. Ringtones like the crazy frog and pizza man and texting codes to get tunes, ringtones, wallpapers and if you were skilled enough build your own polyphonic ringtone.

You couldn’t go anywhere without seeing an ad which advertised the latest ringtones. Capitalising on the latest songs from TV shows, you could buy most hot tones. Most schools also had that one kid that was beast at creating them: like a little polyphonic Mozart.

Snake: Need we say any more?

Like Tetris to the Gameboy or Mario to the Nintendo or Crash Bandicoot to the PS1, Snake had the iconic status of being the first and by far the most fun game to ever present itself on the mobile stage.

Simple, beautiful and effective coupled with a style which allowed you to play for short bursts if you wanted. Similar to some of the bigger app games that have been released down the years such as Flappy Bird, the whole point was to emulate the simple mechanics to bring people in and keep them playing. To this date, people have been trying to emulate or recreate snake.

The dawn of picture messages

It’s grand now that we have Snapchat, Instagram, Emojis, Memes and the likes. But remember there was a time none of these existed and again setting the trend for these was the Nokia 3310. Picture messaging began with simple Happy Birthday images or something cheesy to send someone you were flirting with. Years later and communications with images is much more common. 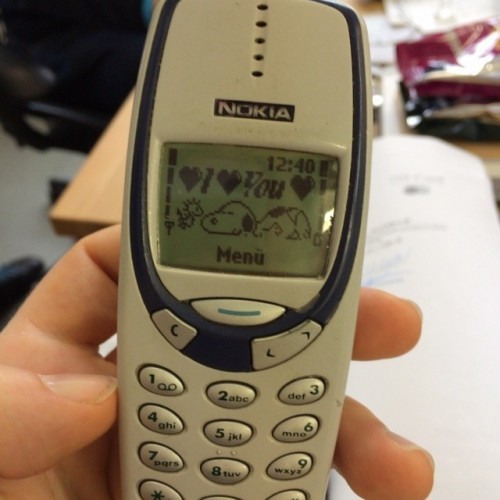 Think about this for a second. How much did you pay on your last smartphone or what was it worth if you’re on contract? Now think what you would get for under €100. Pretty bleak phones to be perfectly honest. But the good old 3310 was around £100 (pre Euro… feel old again) For the first time a device was affordable for both teenagers and young people – though people did think the 3310 was expensive at the time.

And for the final trip down nostalgia way, do you remember Xpress-on Covers? Flick down cases covering the keypads or just colourful cases. Customisation was key for the Nokia 3310. I don’t feel safe sharing what my own was but let’s just say I’m not proud.

Adoption among younger people was much greater since you could immediately get in touch with friends or family through calls or texts. The habits developed from this generation (texting, customisation, etc.) would later influence design for future devices and apps.

I would like to rid myself of the smartphone world as a test. I’m sure I have one of these babies hiding in a drawer somewhere.