Home Tech News Apps New On Social: How To Use Twitter Spaces 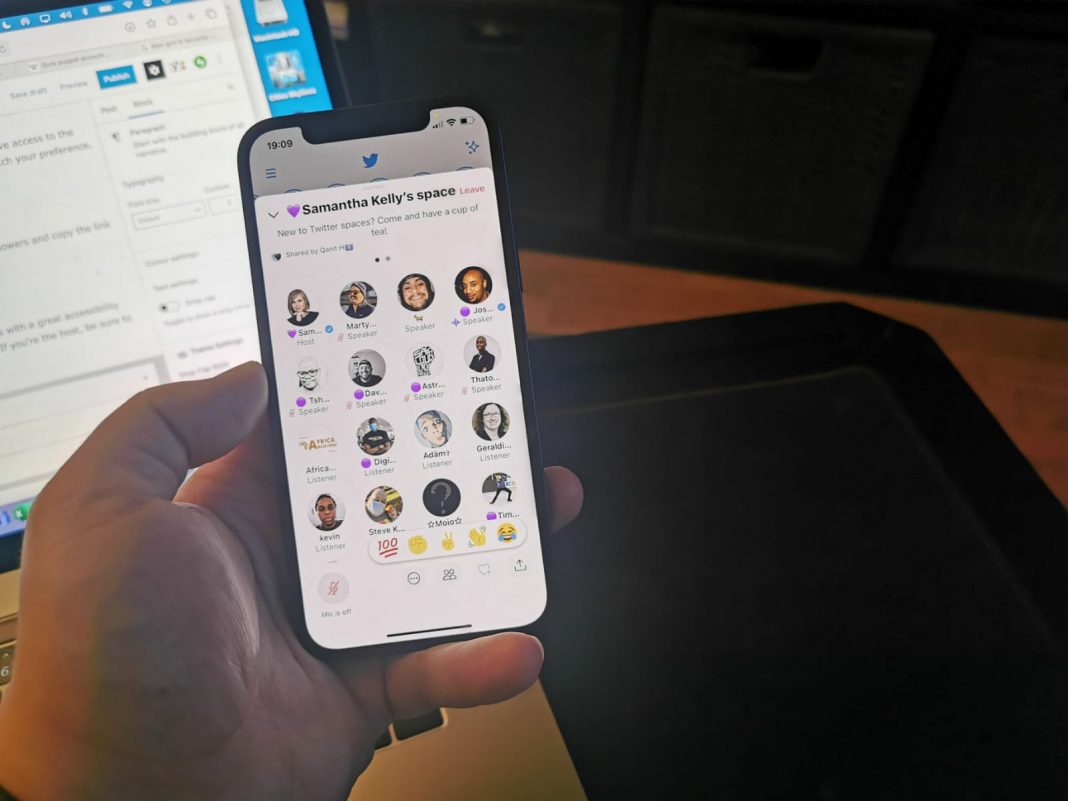 I’ve just journeyed to the middle of Twitter Spaces to test it out and see how it can be used. Like anyone who needs to learn anything about anything, I jumped in with an expert to learn from the best. Samatha Kelly, also known as the Tweeting Goddess, hosted a fantastic Twitter Space this evening and with the help of Joselin Mane, gave a fantastic tour of what you can do with this new feature.

Twitter Spaces is a shared social media area where people can listen to a panel of speakers. When you join a Space, you can request to become a speaker, joining the panel for discussion.

Podcasting has enjoyed a big couple of years. The audio-only format has a certain appeal to it. It has effectively challenged an entire industry; radio. Clubhouse, an iOS-only platform similar to Twitter Spaces flew to the top of the download charts earlier this year but has since had an interest collapse. This was perhaps owing to the platform’s slow adoption of Android which is only now in beta. There’s also the ever prevalent issue smaller platforms have with them really just being a a simple feature for a social media giant to develop.

Spaces have the potential to save Twitter. The social media giant has experienced some of the most turbulent years of its existence recently. The rise of right-wing propaganda and sock-puppet accounts have left many disillusioned with social media. This particular aspect has been a big issue on Twitter but Spaces removes the anonymity to a certain degree. Also, because only Twitter users with over 600 followers can participate, accounts need to have a bit of history and peer acceptance before they can be heard.

To get cracking with Twitter Spaces there are a few must haves. You’ll need:

From here you can either join or start a Twitter Space.

The benefit of joining experts like Samantha and Joselin is that you immediately get the pro-tips who’ve been beta testing the platform for some time.

When you join a Space, you will be listening (unless you’re the host). You can request to become a speaker but then it’s up to the host to decide if you can contribute. Samantha suggests keeping your Twitter bio fresh and compelling along with avoiding anything that might put people off. You’re going to be judged quickly as the host is busy so make it good.

You can contribute something no matter what your status in the Space. Even if you’re listening, you have access to the emojis. You can react with any of these during your Space’s run time and even adjust skin tone to match your preference. Joselin points out, if you’re a host, you even have the right emojis here to play rock, paper scissors.

When you’re in a Space, you can share the hell out of it! Invite others by DM, Tweet it to your followers and copy the link to share on other platforms. Discoverability seems to be the big weak point for Twitter in their battle with Clubhouse. It won’t be the Achilles heel for Twitter though as people are already finding ways to find the best Spaces. I’ve saved several searches with Spaces + gaming or Spaces + tech.

Instead of being a nice feature to be added later, fair play to Twitter who’ve launched Spaces with a great accessibility feature in close captions. Hit the three-dot menu button and you’ll be able to activate this. If you’re the host, be sure to point this out to everyone in the Space.

Twitter Spaces isn’t widely available for absolutely everyone, but if you do have a following this is a great chance to get out and try something new. Personally, I’m looking forward to hosting some Spaces myself. I’m wasting no time either. Join me and Bob from the Dublin Smartphone Film Festival tomorrow at 6PM IST (May 5th) for The Tech Space. Follow Goosed on Twitter so you don’t miss out!