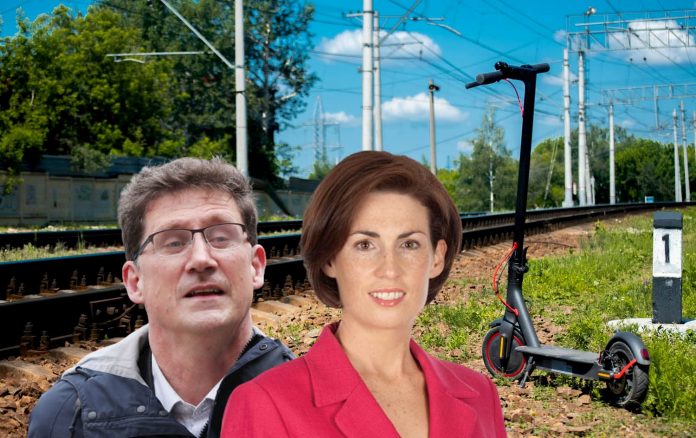 I’ll be the first to admit that 2020 has indeed been a bit of a rollercoaster. I’m also fairly patient. I’ve been waiting over two years for the Data Protection Commission of Ireland to actually address the Church believing they’re above GDPR. Another area I’ve been really patient is the legalisation of electric scooters in Ireland. My patience is wearing thin, especially now that we have a pandemic, crowded buses and a Green Minister for Transport doing less for electric scooters than Shane Ross did. I honestly, cannot believe I just wrote that.

Electric Scooters In Ireland: The Story So Far

I’m an electric scooter owner myself. I have the Xiaomi m365 scooter and got great usage out of it for about 12 months or so. See, electric scooters used to operate in this neat little grey area.

The Xiaomi m365 can go nowhere unless you push it to start. For this reason, it was believed that it could not be classified as a mechanically propelled vehicle (MPV). In fact, the website of An Garda Siochana even had a document from the Road Safety Authority (RSA) stating this very mechanism exempt certain electric scooters from being classed as an MPV.

Then, essentially overnight and very quietly, the Garda website was updated with new information contradicting this understanding. I submitted a Freedom of Information request to the RSA to uncover how all of that came to be. The problem now was thousands of electric scooters had already been bought in Ireland and people were using them for their commutes. Others saw scooters and thought they were a handy way to get around cities with some even using them in conjunction with public transport for “last mile” trips. This started an adoption cycle and popularity of electric scooters boomed, particularly in Dublin. Sensing their popularity increasing, Gardai began to crack down on these newly clarified MPVs.

Cracking Down On Electric Scooters

I was going down Nassau Street on my scooter one morning when Garda Traffic stopped me. It was because my electric scooter was an MPV that required tax and insurance to be paid. I was let off with a warning and rather cheekily, was back scooting for a few days as soon as the Garda left. Because I thought it was nonsense. The Garda in question that day said he thought the scooters were great but that a memo was circulated from the base in Dublin Castle to start seizing electric scooters. A few days later the seizures started as electric scooter owners were stopped and had their scooters loaded onto flatbed trucks. To get them back, they would need to drive to the Garda storage area for seized vehicles. Amongst all the illegally parked cars you would find a few electric scooters. You’d be able to get it back once you pay the €125 fee for light vehicles (the same as a car).

Many of the scooter riders thought that was the end of their woes. Unfortunately not. In the eyes of the law, these scooter riders had been driving a motor vehicle uninsured and that’s a pretty serious law to break. A few months later they received their summons to go to court. One scooter riders court date ended in 5 penalty points and a €300 fine. On the same day, an electric unicycle rider received no penalty points and a €200 fine. A bizarre outcome for many reasons but either way it was the final straw for me personally. I put my electric scooter into storage and started contacting the relevant legislators to try and get electric scooters legalised.

Two big names from the Government at the time that are central to the early days of this discussion are Shane Ross and Noel Rock.

Noel Rock was a Fine Gael TD at the time and actually an electric scooter rider. He voiced concerns several times in Dáil Éireann. Unfortunately, his questions were inadequately handled by the then Minister for Transport Shane Ross. Now, anyone who follows me on Twitter knows I’m not the biggest fan of Shane Ross. I personally believe he’s more interested in photo ops than actually getting the job done. At the same time, he did actually get a bit of work done on electric scooters, even if that was kind of just kicking the can down the road.

The biggest piece of work was getting the RSA and the Department of Transport to commission a report into micromobility solutions. That came back and after reading it I can’t disagree with much of what it said and suggested. Next up was a public consultation on electric scooters and other similar vehicles. That’s all long done and dusted, so now we’re just left with the action of the back of it.

It was at this point the Irish political system fell apart, we went into a general election just because COVID-19 landed. Limbo commenced.

And then there was hope. Out of the many months of no Government came an unlikely three-party coalition. Fine Gael, Fianna Fail and the Green Party. The real hope came from Eamon Ryan getting the big one for electric scooter riders. He was made Minister for Transport. I was celebrating, naively thinking I’d be back on my scooter in no time. With COVID-19 hitting hard, public transport was less appealing than ever. People wanted public transport alternatives and I’d seen more scooters on the roads than ever.

Nothing. Actually, less than nothing. Back in 2019, electric scooters were on Eamon’s mind. He even asked Shane Ross about scooters in the Dail. But when he himself was asked about them as the new Minister for Transport he didn’t have anything to say much different to what Shane Ross was at. Fianna Fail’s Marc MacSharry asked the Eamon Ryan for an update on the “steps taken to legislate for e-scooters in accordance with the Programme for Government”. He also wanted the Minister for Transport to outline “his plans to recognise the role e-scooters play as part of Ireland’s sustainable transport mix”. Minister Ryan replied with effectively the same delay tactic response that Shane Ross deployed. He gave the usual line on “any changes to the legal status of e-scooters require primary legislation” which of course takes time. He continued by asserting that “the work must be carried out in such a way that it does not undermine the overall framework of Road Traffic Law or Road Safety in general”.

While I believe that to be absolute bureaucratic nonsense, the more worrying part is that Minister Ryan then said “the Government’s current legislative priorities are the necessary measures to manage the COVID-19 crisis and to address its social and economic consequences”. To me, that means he’s totally missing the potential benefits scooters offer here. People are crammed into LUAS trams because getting around Dublin is a nightmare.

The transport system simply doesn’t work and the fact that thousands of people are on scooters already suggests the solution is there staring us in the face. But the solution, being electric scooters and other modes of transport like e-bikes, isn’t that clear cut. Some e-bikes have their own grey areas and electric scooters are straight-up illegal. Gardai did seem to be turning a blind eye but just last week, an electric scooter rider confirmed my worst fears.

It left me angry. Angry because another scooter rider is facing into paying a fine, potentially going to court and getting penalty points. Technically, if they don’t have a license, they’re facing into a huge fine for driving without one. The laws simply don’t cater for modern modes of transport at all. Which led me to a thought. Are the laws really as bloody hard to update as Eamon Ryan is making them out to be?

It turns out, the answer to my question is no and much to my shock, it looks like Shane Ross once again might have paved the way. Back in 2019 a proposal for The Road Traffic (Miscellaneous Provisions) Bill was put forward by the then Minister for Transport Shane Ross. This piece of legislation was to allow for the testing of self-driving vehicles on Irish roads. Now that’s a significant change to laws in Ireland considering we’re talking about cars driving themselves here.

At the time, Shane Ross said the priority is always going to be safety, but also adding that this was a developing sector. Yet, thousands of people adopting illegal electric scooters has been left on the back burner for years, leading to several people ending up in court facing penalty points and fines.

No Reason For Inaction

I can’t for the life of me understand why something cannot be done as quickly to legislate for electric scooters. On another occasion in September, Minister Ryan stated that “it is not possible to provide a detailed timeframe for legislation at this time” and frankly that’s just not good enough.

This isn’t a small issue. It affects thousands and is a ticking time bomb. The scooters are already on roads and footpaths. We need laws to dictate where these things can and cannot go and remove all grey areas once and for all. Depending on a flakey interpretation of what an MPV is just doesn’t cut it. Why? Because treating the rider of an electric scooter the same as someone who is driving a 2-tonne plus car without insurance or a driving license is nothing short of ridiculous.

I’ve been emailing the Minister for Transport’s office for some time and last week I got a response. Unbelievably, the Minister has chucked this out the window and onto to the desk of Hildegarde Naughton. Naughton is Minister of State for International and Road Transport and Logistics and in writing this article I’ve reached out to her for comment and will update if I hear back.

It’s hard to know what level of priority electric scooters will be given. Despite the massive benefits they bring in a pandemic world, many are still focused on perceived negatives which I’ve mythbusted already.

With The Road Traffic (Miscellaneous Provisions) Bill set to be prioritised for finalisation this Autumn I’m left wondering why this has to roll on any longer. According to Fianna Fail Chief Whip Jack Chambers, “the programme is an exciting and ambitious legislative agenda which will deliver on many of the commitments outlined in the Programme for Government”. It makes sense that this is the time to introduce the legalisation fo electric scooters once and for all.