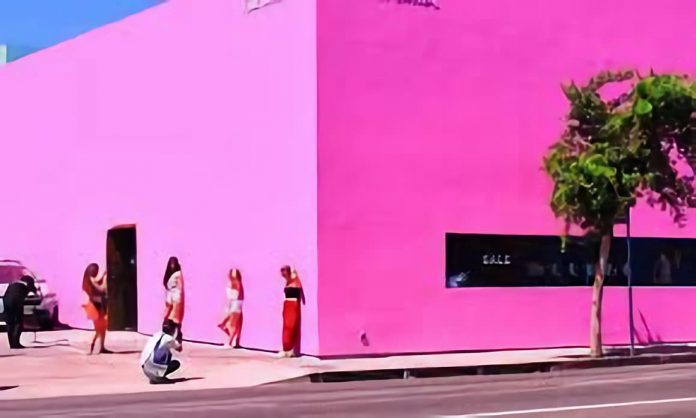 Over the past six months, a rather enjoyable page appeared on Instagram. It’s called Influencers in the Wild. However, after some doxing within the past few days, the man behind the profile has decided to shut it down for the time being

What Is Influencers In The Wild?

You’ve seen them. You’ve thought to yourself “they’ve lost the plot”. Chances are, you could have ended up on this page yourself at least once. Influencers in the Wild is an Instagram page dedicated to documenting the modern culture of social media content production. Basically, the page shows videos of people going overboard to make the perfect TikTok or Instagram post for us all to laugh at.

The page was created by the self proclaimed, Michael Jordan of Memes, Tank Sinatra. I don’t believe that’s his real name.

It kind of was harmless fun really. Some videos of people posing in over-the-top scenarios went viral and many, including myself, were entertained by something we can all see in everyday life. However, in the past week, some posts appearing on the site showed people posing for photographs in front of Black Lives Matter protests.

The page’s founder described how some people had “co-opted the BLM movement to create content” in the “single most egregious act of cultural appropriation you could possibly imagine”. While people marched and protested for equality, some decided to simply make content.

While this was bad enough, it led to doxing of those using the Black Lives Matter protests as photo-ops.

Doxing is a relatively modern phenomenon because the internet makes it both easier to find and spread people’s information. In short, doxing is using online records or social media profiles to extract people’s personal information before sharing it online. While this can obviously be harmful when the information is accurate, doxing also led to the incorrect dispersal of this man’s information, leaving him fearing for his own safety.

While the actions of these “content creators” is despicable, it’s often down to complete ignorance that they do what they do. This hardly leaves putting them in physical dangers as being justified.

Why Is Influencers In The Wild Closing Down?

As the Influencers in the Wild page shared people posing in front of Black Lives Matter protests, followers of the page began to dox the “influencers”. People’s names, numbers and home addresses were shared in some circumstances.

The founder of the page describes one exchange with a follower who claimed it “only took a few hours to find”. That’s concerning for two reasons.

Tank Sinatra stated in a video published on the Influencers in the Wild Instagram page that his reason for creating the page was to expose the behaviour, not the individuals.

The Instagram page has grown incredibly quickly in the past six months and today has three million followers. Sinatra states he has no idea what he’ll do with the page now but considering the following, it’s unlikely he’s close it completely.