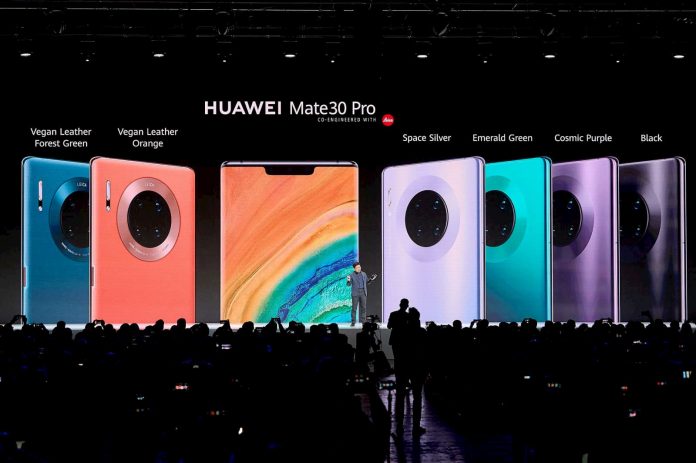 The Huawei Mate 30 series has been one of the most hotly anticipated smartphone launches in the phone industry for many years. Being honest, not all of it stems from the anticipated technology that will appear in the Chinese manufacturers latest smartphone, but more, what technology won’t appear following on from the whole Google/Huawei United States/China debacle. Anyway, today in Munich, Huawei brought the speculation to an end and launched the latest flagship phones to join their smartphone family; the Mate 30 series.

Last year, the Huawei P20 Pro and Mate 20 Pro blew my mind. These were the ultra flagship phones to be released by the Chinese manufacturer in 2018. With this in mind, I’m going to focus on the Mate 20 Pro model which was launched alongside the Mate 20 and Mate 20 Lite today in Munich. 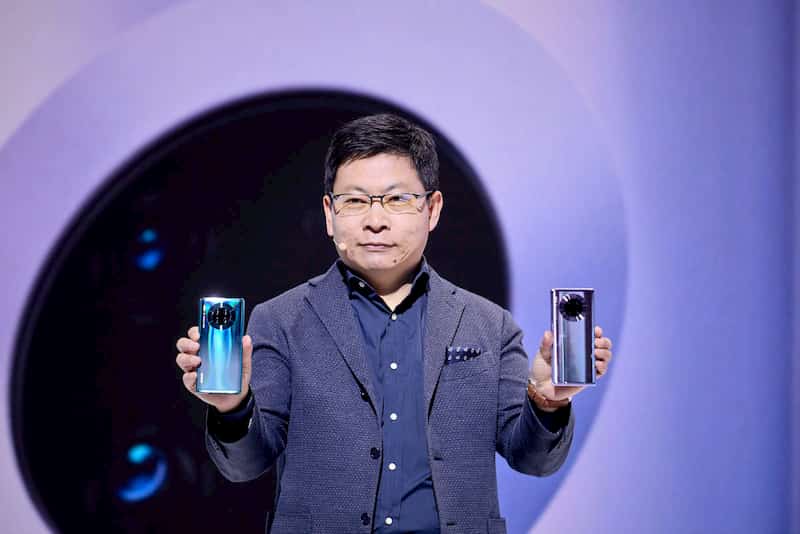 Straight off the bat, there’s no denying Huawei has been rather bold with the design of the Mate 30 Pro and wider Mate 30 series. Taking inspiration from the camera industry, the Mate 30 Pro design moves beyond the “looking good” towards shaving corners to create an even more ergonomically friendly phone to hold in your hand. Natrually, it also goes further than that too.

Cameras That Ring a Bell

Echoing looks from the Nokia Lumia 1020, the Mate 30 Pro brings dual 40MP main cameras, combined with an 8MP telephoto camera and a 3D depth-sensing camera. I’ll get back to the camera later, but the centred camera array on the Mate 30 series keeps the phone somewhat balanced when compared to the new iPhone 11 series and the iPhone 11 Pro in particular.

Around the front of the phone, the notch is mighty similar to that from the Mate 20 Pro. A direct comparison shows that the notch is slightly narrower than that of last year’s Mate 20 Pro and the iPhone 11 Pro Max. It’s nowhere near the depth of what’s been seen on phones like the Google Pixel 3XL. With that said, also like the Pixel 3XL, notches tend to fall into a blind spot after some time, so I really wouldn’t let what has become a standard feature on smartphones put you off.

The notch also houses an innovative gesture sensor. Whether this is a gimmick or a truly great practical feature remains to be seen. During a brief hands on I had in Munich, the screenshotting gesture does seem to be fairly cool. You simply grab the air in front of the phone and you’ve taken a screenshot. Potentially, this could be a very practical way to adjust volume when you can’t get a hand free, but I’ll reserve my overall judgement until I get a bit more time hands on with the new phone.

Stand out design feature on the Mate 30 Pro is a toss-up between the camera array on the rear or the “full-bleed” Horizon OLED screen. The screen curves right over the edge of the phone and it does look very impressive in person.

My early concerns around potential accidental presses on the side of the screen due to slightly chubby palms appear to have been unfounded as I didn’t spot this happening.

I’ve yet to see the exact spec on the screen, but I’m also intrigued to see if the Mate 30 Pro will see a return of Gorilla Glass to Huawei smartphones, given just how susceptible the P30 Pro screen is to scuffs and scrapes. Patents filed would suggest the answer to this question is no, but I’ll update this article once I know for sure.

The Horizon screen also means you have an invisible button available for extra functionality. The best use for this is a moveable shutter button for taking pictures and selfies.

The Mate 30 Pro will also come in a Vegan Leather edition, further increasing the phone’s global appeal. You’ll be able to get the Mate 30 Pro in Vegan Leather Orange and Vegan Leather Forest Green along with standard colours Black, Cosmic Purple, Emerald Green and Space Silver. Of course, I we don’t know what will be available in Ireland yet.

Taking my hesitations and placing them to one side, designwise, the Mate 30 Pro is a gorgeous looking mobile phone. Better still, it goes beyond being pretty and also packs in quite a few features too.

Features of the Mate 30 Pro

So I guess I better mention the elephant in the room and there’s some good news and bad news.

The bad news: The Huawei Mate 30 Pro will ship without Google Apps such as the Play Store, Gmail and YouTube. You should be able to sideload these, but as of right now, they will not be installed when you open your new Mate 30 Pro. There are also some question marks around whether or not more sensitive services like Google Pay can even be sideloaded at all.

This all comes down to that whole China versus the United States trade war thing. Could this be resolved and be released as an OTA update prior to the phone hitting shelves? Yes. But it wouldn’t be fair of me to promise that to you and right now it’s looking unlikely. It’s all up in the air.

Beyond the whole Google thing, the Mate 30 Pro does still pack in plenty of features to whet the appetite of smartphone fans around the globe.

And naturally, I can’t talk about features without talking about the camera, right?

Jeez, where do I start? Huawei’s primary camera rig on the rear of the Mate 30 Pro is iconic, to say the least. The setup includes:

That’s a whole lot of shooting options being made available, enough to keep smartphone photography and film making lovers happy along with casual phone users looking to capture great shots. You won’t get the periscope lens zoom made famous from the P30 Pro, but you will get up to 45 times hybrid zoom and 30 time optical zoom.

Video shooting is another exciting area Huawei has wandered into and dropped some serious specs for the Mate 30 Pro. You can shoot 4K 60fps video with real-time bokeh and 7680 fps Ultra-slow motion video. Feel free to stop and take stock of that number there.

Oh my. Check out the new über super duper slo motion in the #Mate30Pro pic.twitter.com/V50yTOvFm3

At the launch, Huawei CEO Richard Yu claimed that the Mate 30 Pro is targeting big and bulky profession videography rigs. He presented a video comparison of the Mate 30 Pro shooting super slow-motion alongside a $150k cinema-level camera. While I believe most people in the auditorium guess correctly which was the pro-level, the Mate 30 Pro is certainly punching about its weight here.

Combine this with the really powerful demo Huawei provided for what the Kirin 990 chip can achieve at IFA in terms of video editing and you have a beast of a mobile film studio on your hands.

Around the front, the Mate 30 Pro has a 32MP and 24MP selfie camera which the Chinese CEO described as delivering “professional selfies”.

Power to the People

One under-loved element of the Huawei smartphone range in recent years has been charging. Why under-loved? Well, Huwaei includes with the new Mate 30 Pro, a 40w SuperCharge charger capable of bringing a dead battery to 70% in 30 minutes. Huawei deserves some credit here when you consider this has been almost standard for Huawei flagships in recent years.

If you’re buying the new iPhone 11 Pro, you’ll be an 18w fast charger in the box, capable to bringing a 0% battery to 50% in 30 mins through a USB-C to lightning cable. However, if you buy an iPhone 11, you just get a crummy 5w charger that charges your phone eventually. Sometime in the future. All the while using a USB-A to lightning cable.

Other Mate 30 Pro Bits and Bobs

That’s a lot of the good stuff, but by no means, everything Huawei announced for the Mate 30 Pro in Munich.

The Mate 30 Pro will have Face id 2.0, be capable of measuring your heart rate and breathing rate and also allow you to unlock your phone through the in-screen fingerprint reader.

Huawei announced the Kirin 990 chip at IFA last month and true to their word, the Mate 30 Pro will bring the power of that chip to the Mate 30 Pro. This also allows the Mate 30 Pro to be the world’s first 5G smartphone to be powered by a specifically designed 5G chip. There will be two versions of the Mate 30 Pro; standard and Mate 30 5G.

Huawei went one further and also launched an updated watch to their range. I tested out the Huawei Watch GT and was surprised by how appealing it was as a watch and fitness tracker despite losing quite a bit of core functionality after Huawei opted for their own LiteOS, moving away from Wear OS.

The Huawei Watch GT 2 will also be powered by the Kirin A1 chip which will power the Huawei FreeBuds 3 coming later this year. 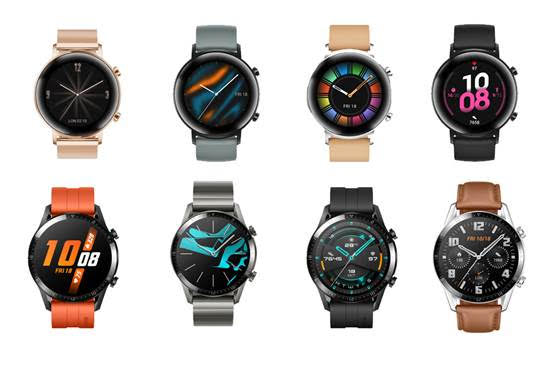 I’ll be getting hands-on with the new Huawei Watch GT 2 in the coming days to let you know if this is a worthy upgrade.

The 46mm Huawei Watch GT 2 will set you back €249 and launches next month. The really good news is that this will be coming to Ireland too.

I love a good gimble as you all know. Huawei has also teamed up with DJI and built their software into the Mate 30 series. This isn’t something everyone will get excited about but it’s a really cool idea from Huawei who would appear to be targeting amateur movie makers more than ever.

Right out of left field in Munich was Huawei Vision. Richard Yu says this is more than a TV and that it’s more of a giant smartphone. Available in three sizes, Huawei Vision also comes with professional 5.1 sound effect, giving a surround sound feel.

When Will The Huawei Mate 30 Pro Be On Sale in Ireland?

Unfortunately, this is one thing that wasn’t confirmed in Munich. However, it would appear that rumours the Mate 30 series might skip Europe altogether are unfounded.