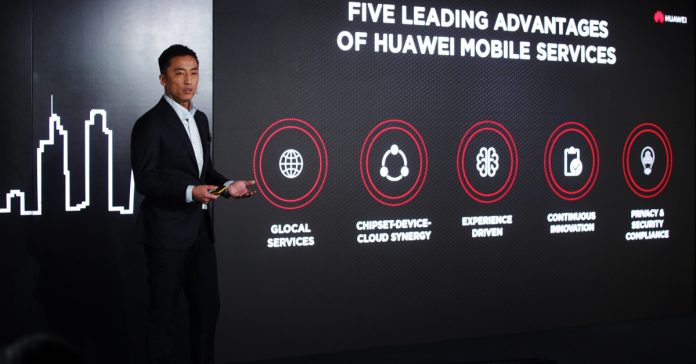 Last week, Huawei held their first UK and Ireland developer conference in London. At this conference, the Chinese tech manufacturer announced a €23.5 million fund to support developers in the UK and Ireland with creating apps for Huawei Mobile Services. On the surface, it’s good news for skilled app developers looking to make a decent buck and claim a greater slice of revenue from building an app, but a big question can’t be ignored off the back of this news. Is Huawei moving towards a Google-free future?

What is Huawei Mobile Services and why are they investing?

Introduced during the launch of the Huawei Mate 30 Series back in September 2019, Huawei Mobile Services (HMS) is Huawei’s relatively new version of this which they will manage and develop themselves. Within HMS are the Huawei AppGallery, Browser, Mobile Cloud, Themes, Music, Video, Reader and Assistant. Last week’s developer conference is the latest step in Huawei encouraging the wider adoption of their own software, but what does Huawei benefit from a Google alternative?

Well, as you might have heard, Huawei has fallen foul of a trade war between the United States and China. As a result, Google can no longer permit Huawei access to the licensed version of Android. It would appear that Huawei is investing heavily in HMS in an effort to remove their dependency on Android, Google Play Services and the wider Google app eco-system. Indeed, it would appear that Huawei is prepping for a Google-free future.

Is Huawei plotting a Google-free future?

If Huawei is moving towards a Google-free future, it’s important to note that this might have actually started back before the U.S. and China trade war.

Huawei dumped WearOS back in 2018

Back in 2018, I got a first look at the Huawei Watch GT during a preview of the Huawei Mate 20 Series in London. This new wearable would be powered by Huawei’s own operating system, LiteOS. This was originally designed for smart home devices but Huawei quickly ported it for wearables, removing their dependency on Google’s WearOS. Huawei then released the Watch GT 2, again with LiteOS as they continue to plot a future where some of their products would not depend on Google’s technology.

The launch of the Huawei Mate 30 Pro was incredible. I got to play with the phone in Munich and was mighty impressed by it. The Mate 20 Pro, as much as I love my P30 Pro, remains my favourite phone of all time so I was gutted when the Mate 30 Pro never came to Ireland. The reason for that was a much pared back launch due to Google Apps being unavailable.

In my opinion, Huawei didn’t really push this phone in Europe because it’s a niche smartphone. While its predecessor proved popular, Huawei will need their first phone to launch without Google Apps to be a beast, in the hope the technology in your hand overcomes not having Google Apps.

In what is arguably the boldest statement from Huawei in terms of independence from Google, the Chinese phone maker has signed an agreement with Dutch navigation company TomTom. While this deal was signed some time ago it’s only now that both companies made this public. The timing is hard to ignore as it would appear that Huawei is gearing up for even more bold moves towards a Google and Android-free future.

For me, navigation is one of the most important functions on my smartphone and I do miss having that functionality transfer to my watch. Fingers crossed this happens with the Huawei Watch GT3. Much more important is the likelihood that securing a mapping partner is an essential step towards a future free from Google and Android for Huawei.

The Huawei P40 Series will define the future of Huawei

While Huawei kind of sidestepped launching the Mate 30 Series in Europe to save face, launching the P40 Series is unavoidable. The new P40 and P40 Pro are set to be codenamed Anna and Elsa, one for fans of Disney’s Frozen there and maybe a play upon being frozen out of the Google ecosystem? Indeed, it’s widely accepted that the P40 Series will launch without Google Play Services or Google Apps while running the open-source version of Android. While Huawei is frantically trying to get popular apps onto HMS, I just cannot see this being done in time for the launch of the P40 Series with a mooted date of 26th March 2020.

Much trusted leaker Evan Blass has already given us a first peek at the new P40 Series and it certainly looks like Huawei will try to dazzle us with incredible technology in an effort to encourage adoption of a phone without easy access to Google apps. 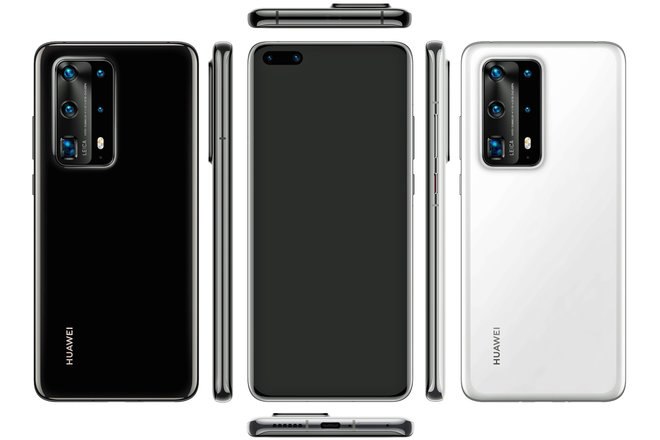 Unfortunately, I don’t have a definite answer to the big question of whether or not Huawei is preparing for a Google-free future. The last company to challenge Apple’s iOS and Google’s Android was Microsoft with Windows Phone. They’ve long since the market after struggling for many years to gain a foothold.

Huawei is a very different scenario. They have a massive reputation for brilliant phones and an even bigger base of users, the vast majority of which are in the Chinese market where Google App usage is restricted. If any company could challenge the duopoly of Apple and Google, it’s certainly going to be Huawei. Even with the complications, they hit in 2019, in Q3 of last year they still shipped 19% of all smartphones versus Samsung’s 22% and Apple’s 13%.

While the P40 Series is almost certainly too soon for this big leap, I can’t help but feel it’s coming and if it does it will be the biggest change the smartphone change the industry has seen in years.