While the resident Apple heads here have been all about Apple’s annual WWDC (World Wide Developer Conference) some us have been keeping an eye out of what the kind fellows of Google have been up to. During the Google annual developer conference held a couple of weeks ago the company previewed Google Duplex. Some have said it’s creepy, others have debated the privacy implications and others have talked jobs, while there is a lot we still need to learn about artificial intelligence it is clear Google Duplex is a truly fascinating technology.

So What is Google Duplex?

Ok, so basically Google Duplex is the tech behind the latest Google Assistant feature. It’s a completely automated system that has the ability to make calls on your behalf. While that sounds impressive by itself, this new tech will do it all with a completely natural sounding human voice. 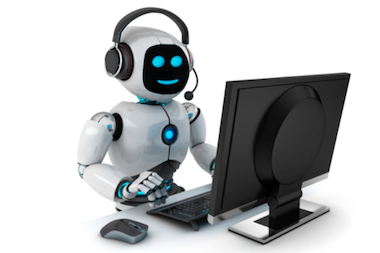 Remember the frustrations you had the first time you used Google Assistant, the monotone voice of Siri or the specific commands of Alex? These days could already soon be a thing of the past as the humanoid voice assistant will not only sound like the real deal, it can understand human speech better than anything we have seen before. According to the Googlers, Duplex is able to understand complex sentences, faster speech, colloquial interactions and longer remarks. AKA talk to the machine like you talk to your mate, Duplex will understand.

Right now Google Duplex can only do 3 tasks, schedule a hair appointment, make reservations at a restaurant and get holiday hours of a business. Though that might not sound like much right now, the possibilities in the future are endless, just think about it all those phone calls to banks or customer care lines will eventually be done without you, just tell Google to take care of it. Finally a true personal assistant in your pocket, EPIC!!!

Beyond that, if the business you want to make an booking with accepts online reservations you can get the Assistant to do it for you, just say when.

And how does it work?

Well we could go into the detail and talk you through it……or you could just watch the clip below for yourself. Just skip in about 45 seconds 👍

Ya you would be right to say that Google Duplex seems a little creepy. The little things like the Mmm-hh’s, Ah’s and Oh’s just make the robot seems more human and that can be a little unnerving. The idea of not knowing whether your’e talking to a computer, a robot or a real person can seem a bit too Westworld for some people and this has raised some privacy concerns. In fairness to Google, they have said they will be informing those on the other end of any call in the interest of transparency.

While it may seem creepy right now, the fact remains that this type of technology is going nowhere and we are bound to become more accustomed to interacting with Artificial Intelligence as is develops. But don’t worry that time is not now, at the conference Google said that the Duplex addition of Google Assistant will only be launching as a beta version this summer. So for now I guess i’ll be making my own calls.