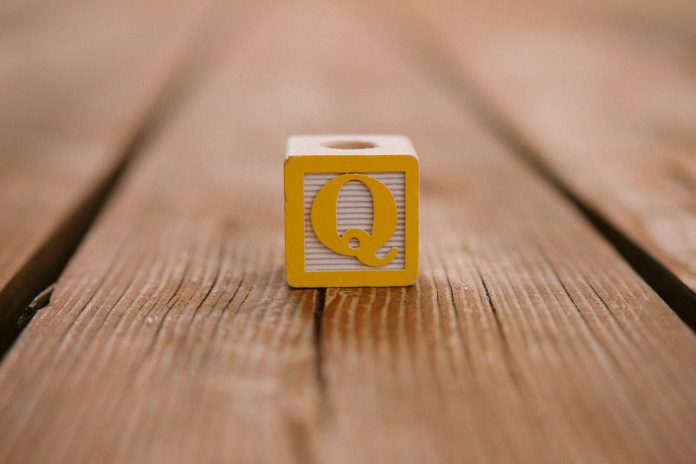 Facebook is a powerful platform. If you’ve watched The Social Dilemma, you know how it works despite Facebook disagreeing. But for along time, a debate has raged and a question has been left unanswered. Is Facebook a publisher? You might wonder why it matters, but this is huge. If Facebook is considered a publisher, they are responsible for what appears on the platform. If someone says something racist or threatens to murder someone, is Facebook responsible? Tonight, Facebook has banned QAnon from all of the companies platforms: Facebook Pages, Facebook Groups and Instagram accounts. So why is this important, who or what is QAnon and what will the fallout of this all be?

How do you even answer that question? Is QAnon a person? Is it a thing? Perhaps the best way to describe QAnon is a collection of outlandish conspiracy theories. Personally, I love conspiracy theories. I find them fascinating. I also find them fictional, but I’ve always loved the train of thought that sits behind a good conspiracy theory. Was 9/11 an inside job? No. But I do find it fascinating that there was a rogue flight training exercise set to take place just after two planes hit the World Trade Centre.

The important thing is I’m capable of separating a conspiracy theory from reality. Do I think Hal from Malcom in the Middle went on to be Walter White in Breaking Bad? No, but just as I love conspiracy theories, I love fan theory too! Don’t let the truth get in the way of a good story.

But that’s all this is. A story.

QAnon, while a collection of conspiracy theories, is also something else at its core. It’s a tool for Trump and he’s even retweeted some QAnon theories. Now, I’m unsure how much Trump was involved in the foundations of QAnon, but it does have a bit of a Cambridge Analytica vibe off it. I feel like we’ll be looking back at a documentary in a few years about how Trump activated the often forgotten outcasts with an all-encompassing conspiracy called QAnon.

At it’s core, QAnon purports that America is run by a load of Satan-worshipping paedophiles. We’re talking the media, Hollywood and politicians. The only person that can stop them is Donald Trump. If you’re into staying up until 3AM digging through Wiki Pages and YouTube videos, then QAnon is the rabbit hole you’ve been looking for. For all the frankly ludicrous theories and tales spun by QAnon, very real harm has come into the world from QAnon. Simply put, the whole movement is all very far-right, white supremacist and very Trump. You know the way all these things tend to go hand in hand these days.

Now, while these things might all seem to be very much “America’s problems”, I’m afraid the stupidity has reached Ireland too. Being a collection of outlandish conspiracy theories means you’ve seen any number of people influenced by QAnon in the news lately. This whole thing is the force behind anit-mask Covid-denial, extreme media-scepticism, 5G conspiracies and believing movements like Black Lives Matter are all government constructs. Given recent form, our government’s ability to organise a piss up in a brewery, such complexity should be a punchline in a comedy club and not a belief anyone gives a second thought to.

Think back to recent “protests” on Grafton Street, outside RTÉ and by the Custom House in Dublin. When you look closely at the signs, the calling cards of the QAnon movement are all there.

There are lots of fringe minority beliefs in Ireland and QAnon brings them all together. Anti-mask protests, anti-5G mast attacks and protests outside RTÉ are smokescreens for racism, misogyny and other general far-rightery. QAnon makes those who felt excluded feel a part of something. And those who lead movements that tap into these “outcasts” know they can profit from gaining them as a follower.

All of these people who have been brought together under one umbrella are not simply peaceful protesters out for a quiet chat. They are dangerous and even violent. Granted, the far-right in Ireland is fairly weak and it’s important to point that out, it only takes one member of it to do real harm to an innocent bystander.

This is why, Facebook banning QAnon pages and accounts across their platforms is huge. QAnon is quiet simply, the reason many of us end up getting really angry at really stupid people.

Facebook banning QAnon is somewhat confirming they are a publisher. They are choosing what shows on their platform and even kind of taking responsibility for it. I’m not sure of the legal side of things, but for me, the fact that Facebook has an algorithm which dictates the content shown to you while browsing the social media network, made it a publisher already. It curates content, news and events for you much like a journalist would.

Facebook choosing to ban QAnon is significant because it’s another tick in the box that the social media platform is starting to realise their true publisher status. Semantics aside, it also means an online movement perpetrating massive harm in the real world has lost a massive stage to speak from.

The social media giant stated that this ban is an update to a policy which previously removed QAnon accounts specifically discussing violence. This resulted in 1,500 pages, groups and profiles being shut down. It will be interesting to see just how far Facebook will go here. Given QAnon is so far-reaching and broad in definition, it’s difficult to see what kind of pages will be cracked down on. A Facebook spokesperson said they were “not going after individual posts” but instead focusing on the accounts that spread the theory.

Will this new policy include the “Irish” Facebook group behind last weekend’s Grafton Street protest? This group is anti-mask and anti-lockdown. Dig a little below the surface and you’ll find a plethora of followers sharing QAnon theories. This specific group has over 8,500 members, with over 1,200 joining in the past week. While some will be there purely for morbid curiosity others will be exposed to the group’s ranting and raving over other fringe beliefs. In fact, just yesterday saw 189 new posts in the group.

Censorship vs Right to Protest

Banning QAnon is an interesting topic. There’s a fine line Facebook needs to tread here, along with what I personally want to see too. I was furious to see the “protests” last weekend. The nation is now in Level 3 COVID-19 restrictions and most of us are doing our bit to save lives. These “protestors” do nothing but put more people at risk. As Neil deGrasse Tyson said, “the good thing about science is that it’s true whether or not you believe in it”. Sure, people have a right to protest and one of the more divisive protests in recent times was the Black Lives Matter march. The cause is absolutely worthy, but should it have taken place during COVID-19 restrictions?

But people sitting in on Grafton Street because an online group told them some fanciful lies is just dangerous. Government and Gardai can really only do so much when things end up in reality like that. The truth of the matter is that Facebook must do more and maybe, just maybe, banning QAnon is the start of it.