Home News Entertainment News Buying The PlayStation 5: Is It Worth It? 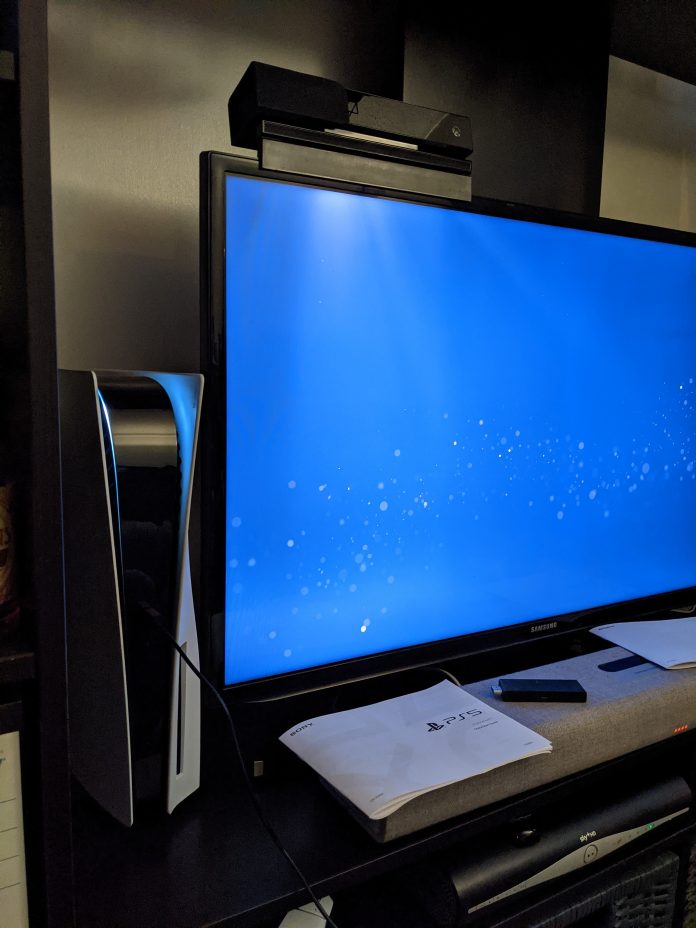 A couple of months back I got the frantic text from a mate I was waiting for. “PS5 is in stock on Smyths”. Before I’d even really thought about it, and still quite sleepy after being woke up, I had a PlayStation 5 ordered. FOMO had hit me hard. It wasn’t a measured purchase anymore. I had the ability to buy something that no-one could get and I took it. But, was it worth the rush? Was it worth me buying the more expensive disk version over the slimmer PlayStation 5 Digital Edition? Ultimately, no.

The PlayStation 5 Is Great

You may have already ready Alex’s review of the PlayStation 5. Not one fault could I find with that review. I agree with nearly all of it. I love my PS5 and would be fairly sad to no longer see it taking up that sizeable space beside my TV.

PS5 Gaming Is Better Than Xbox One

I’ve already owned a few games on both Sony’s PS5 and my old Microsoft Xbox One. Yes, I went full migration with this one and left behind a raft of digital-only copies of games on my Xbox. The best have been acquired through some way, shape or form for the PS5 and have left me pleasantly surprised. FIFA 21, which Jon wasn’t a fan of, does feel like a much better game on the next-gen console. It’s possible that my tendency now to steer clear of FIFA Ultimate Team instead opting for Seasons is helping with that, but the improved game is indicative of other experiences I’ve had too.

Now, I had bought the exclusive Michael Schumacher Edition of F1 2020 and I’ve lost quite a few of the nice bits that came with that purchase. The base game is still the same and it comes as part of PlayStation Now, one of two memberships I’m paying for with my PS5. My big fault with the original on Xbox was the online experience being really poor due to slow matchmaking. I’m guessing that by moving to PS5, I’m witnessing what gaming is like on the more popular console, but I’m making some assumptions there.

Ultimately, it feels like gaming on the PS5 is better than the Xbox One. I’m not even talking about graphics and all that craic. Just the experience and matchmaking feels better.

Like learning to walk again. That’s how it felt to pick back up a PS5 controller after many years away. Now, after just a few short months, it’s second nature again. The PS5 controller is something special, not least because of the those adaptive triggers.

I’m going to stop myself there for one reason. This isn’t a review of the PS5. I’ve already said I love the console, and Alex’s review goes into plenty of detail describing many feelings I share.

My problem is with the hype.

The PlayStation 5 Is Overhyped

Just because I love my PS5, doesn’t mean I have to love everything that, figuratively, comes with it. I was a bit shocked that a week into owning the PS5, I was enjoying old PS4 or even some PS3 games from the back catalogue my memberships got me. I bought the next-gen Spider-Man and enjoyed it somewhat, but it didn’t captivate me. Some review codes started to land in but one particular game didn’t even get a review because I turned it on once and it was so awful I couldn’t face into it again.

I’m not talking about Destruction Allstars either which Alex somehow did manage to stomach long enough to review.

Browsing through the games menus, there are some games worthy of excitement. A new Resident Evil game, a game called Returnal and just this week EA Sports confirmed they are working on a new golf game. All of these are due to land in the coming months. Sure, some of them are closer now, but after all the hype and excitement of getting your hands on the what is supposed to be the world’s most exciting games console, it’s a bit disappointing to be left with nothing but pre-order options.

And that’s why I wrote this article. Am I glad I got a PS5? Yes. But I know I’m in a minority of people who “got lucky” and got online in time to buy a console. I thoroughly enjoyed a week of playing Stranded Deep on my new console. Just this week I bought myself Gran Turismo Sport and have to say the online competition mode is one of the best I’ve ever played.

At the same time, I expected more from a “next-generation” console. Perhaps what really happened is that I fell for the hype myself. It feels like Sony rushed the console because Microsoft was going to land their on time and not being in the market would be a disaster for Sony. Is that true? I don’t know. It’s speculation on my behalf, but I hope you can take something from this. If you don’t have a PS5, you might feel like you’re missing out on a lot. But you’re really not.