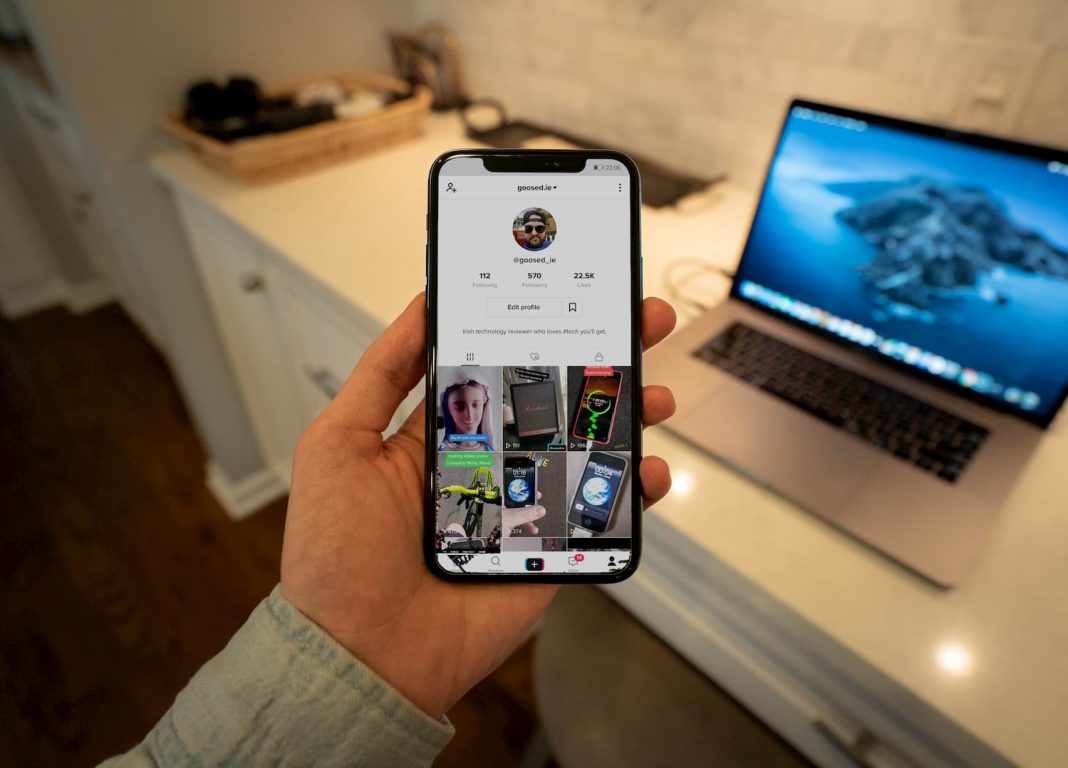 TikTok has enjoyed quite the ride to date. The social media platform was slowly gathering momentum in Ireland earlier this year before isolation set in. Suddenly, a bored nation found themselves taking part in bizarre music-based viral trends, recording their own takes. The app is Chinese and as has become par for the course, Trump’s America has touted a potential ban of the app. Many have been left wondering if this is just the latest political play by Trump over China or does the TikTok app genuinely pose a treat? I’m going to look at the issues surrounding TikTok and ultimately help you decide whether or not you should delete TikTok.

TikTok was previously known as Musica.ly. In 2018 it was bought by the Chinese company ByteDance and relaunched as the app we see today. 2020 has been the year of TikTok and the app has already been the most downloaded app of the year.

TikTok is a social media platform. The appeal of the app is its short, vertical videos which usually involve music or other sound bytes. Typically, the goal of the videos is humour and replicating other funny videos. Some of the most popular videos go viral because of simple dance moves which are easy to replicate alone or within groups.

Where Is TikTok Based?

TikTok is a Chinese company but has global bases. There’s actually a bases here in Ireland too. At the start of 2020, the platform created their Trust and Safety Hub in Dublin. In late June, TikTok moved all data privacy operations for Europe to the Dublin office too. With 800 staff in the UK and Ireland, TikTok now employs over 1000 people in Europe.

The shifting of data protection operations to Dublin is a clear step to build trust in the brand. This is badly needed as the app has come under criticism, specifically related to user data. Now, I’m always eager to take a couple of steps back in these situations. The Trump Administration is leading the charge when it comes to condemnation of the app. According to Trump’s Chief of Staff, Mark Meadows, there are a number of administration officials who are looking at the national security risk as it relates to tik tok [sic], we chat and other apps that have the potential for national security exposure”. To me, this immediately means there’s a political layer of consideration here too.

So what’s happened in the past and why are we here questioning an app where people dance around having fun?

This is probably the toughest debate that’s taking place right now because it’s really hard to prove what’s true. The claim being made by the social media platform’s biggest doubters is that the whole app is a trojan horse for the Chinese Communist Party. I’m reluctant to dive straight into believing this because it’s a dangerous continuation of a narrative which may or may not be true which is having a massive impact on the world. First of all, I don’t for a second doubt that Trump could simply be stirring up anti-Chinese sentiment for political gain.

My biggest fear with that scenario is we start to create a world where a new form of racism is quietly bubbling under the surface that we don’t even see coming, or do see and stand by while it happens.

With that said, after watching the Chinese Ambassador’s response to a disturbing video echoing the Holocaust, there can also be no free passes for Chinese operations happening behind closed doors.

One of the biggest points of reference for people questioning the security of TikTok is a thread on Reddit. This thread was started by someone claiming their job is to figure out how apps work and goes on to list the data the app gathers and processes when you use it. TikTok was noting the type of phone you are using, disk space, CPU type and other hardware specs. Strangely, the app also tracks the other apps you have installed including some you may have deleted. The poster also claims TikTok tracks your IP address, MAC address and WiFi access point name amongst other bits and pieces while GPS was also pinging regularly based on default installation.

I am in no way a reverse engineering, app development specialist. However, I am very conscious of the data being access by my apps. When reading that list of things TikTok were tracking, none set off alarm bells in my head. My first thought was that Facebook, Twitter, Snapchat and other apps all track this kind of information.

In another Reddit thread dedicated to the reverse engineering of TikTok, another user posted stating that a lot of the statements being made are by unqualified commentators.

What hasn’t helped TikTok is that along with a general untrust in China being fanned by the Trump administration and online infosec commentary, the platform has also experienced the usual bugs and security issues that new apps have to deal with.

When apps experience explosive growth they also experience growing pains. Developers cut corners and find hacky ways of solving problems to get things up and running as quickly as possible. Facebook’s own motto was “move fast and break things”, at least that was until Cambridge Analytica. Actually Facebook shows you both why that approach is great but that it brings perils with it.

Most, if not all, known issues to date which were flagged to TikTok by security specialists have been fixed. Some of these issues were pretty sizeable. One vulnerability would allow a hacker to take over someone’s account and start posting as them. While that’s a serious issue, just the past week has shown that’s not a TikTok-only issue. Last week, the Twitter accounts of Bill Gates, Elon Musk, Joe Biden and Kanye West were compromised and tweets sent from these accounts by the hackers scammed over €100k in Bitcoin from the public.

While I know this isn’t the security bar to measure a social media platform by, it is important we start to challenge what lenses our criticism of platforms passes through. For example, because TikTok is Chinese, them having the same issue is exacerbated versus the American-owned and based Twitter. It also demonstrates that not every app vulnerability comes as a result of government collusion.

Even Issues On iOS

Apple’s AppStore is a robust gallery where you can download apps for your phone. The screening process deployed by Apple is impressive and results in iOS devices being widely considered the most secure in the world. Apple prides itself on privacy and even Apple falls foul of privacy hiccups. TikTok on iOS also had some issues make their way onto iPhones around the world involving the app reading users’ clipboards.

The clipboard is where content is stored that you’ve either cut or copied before pasting or moving elsewhere. From daily use, your clipboard could store anything from passwords and bank details to links to memes and quotes about football at the weekend. My personal first reaction to this was massive suspicion because this is a disturbing thing for an app to be doing on purpose. TikTok’s explanation was that they read the clipboard to identify “spammy behaviour”. This had been happening on iOS for some time and became public knowledge following the release of iOS 14 Beta which notifies the user of an app taking such an invasive approach to your clipboard.

While I understand the social media platforms approach to beating spam, it hardly gets TikTok off the hook. But again, what lens are you looking at this through? Linkedin and Reddit had the exact same issue and have since stated they would cease this behaviour within their apps.

Should You Delete TikTok?

There are still a vast number of unknowns when it comes to TikTok. My personal gut feeling is that the platform experiencing additional scrutiny and mis-trust because it’s Chinese. That’s not to say it’s not well founded distrust but I do disagree that every little security issue discovered about TikTok is evidence of the platform being a gaping whole in national security.

The unfortunate truth is that social media has moved faster than our data privacy laws and the result has been services like Facebook, Twitter, Instagram and TikTok creating problems which we’re exceptionally slow to address. Data protection needs to move faster. I’ve made a valid claim to have personal church records, which are incorrect, deleted using GDPR and that’s been going on for years. GDPR itself only offers certain protections to global users too. Just this week an agreement between the EU and the United States called Privacy Shield was deemed illegal. This agreement facilitated data transfer between the EU and the US, circumnavigating GDPR.

So, yeah. The US Goverment can spy on you just as easy as the Chinese Government. I’d rather neither of them did but it’s important to be clear here. Both sides are just as bad as each other here.

The US has added interest in getting TikTok banned considering how many users see content on it on a daily basis. The Trump administration is likely very concerned that should the network be compromised it could become very influential in swaying public opinion. Tiktok users and K-Pop fans have already claimed responsibility for booking thousands of tickets, leading to a Trump rally being hilariously light on attendees. At the end of the day, I don’t think Trump’s thought process about things is much greater than “that thing I did with Facebook, others could do with TikTok, right?”.

Will I Delete TikTok?

We all need to be grown-ups here. I’m not deleting TikTok. For me it’s entertainment and I trust myself to know when something is trying to influence me away from my core beliefs. I would personally feel a bit hypocritical deleting TikTok while leaving a vast number of social media apps sitting their harvesting the same information. I’m not one for conspiracy theories, but the West and the East are locked in a battle and I’ll be damned if that stops me enjoying some hilarious videos.