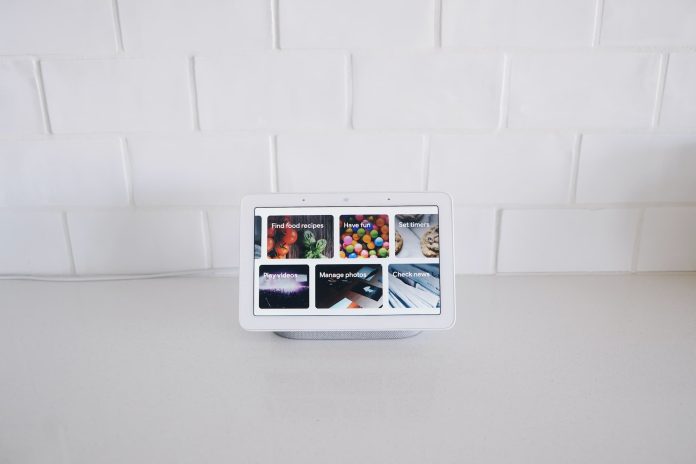 I adore cooking. Honestly. I was a fussy eater for years then my better half opened up a world of flavour for me. Over the past few years, I’ve been cooking more than ever and experimenting with new food and ingredients. At the core of this culinary journey has been a few gadgets that I love too. They make cooking easier, more fun and, sometimes, dinner simply wouldn’t happen without them.

Now I hate those recipe websites that make you scroll through reams of content to get to the meat of it all. So I’ll start with the kitchen gadgets I love, and then come back to some points on “why” they are awesome.

If you’re an Amazon Echo household, fair enough. But Google offers the handiest smart assistant with a screen in the Nest Hub. This is very handy. The majority of commands your assistant is going to handle is setting a timer. And that’s a life safer when your hands are covered in flour or raw meat juice.

The assistant is also great for converting. I have no idea how the imperial system works. Google does. I regularly ask my assistant to convert ounces to grams or similar. You get the jist.

Finally, because of the screen, you can look up full recipes. Then you can progress step-by-step through making dinner. Naturally, you can also use voice commands to work through your steps. Some recipes can even be cast straight from Google search, but I’ve had very hit-and-miss results with that particular feature.

Let’s finish on a positive here though. Dinner is made, life is good, and the Google Assistant can also play some romantic jazz.

A few years back, I sang the praises of the Meater Smart cooking probe. I still love the idea, but mine broke and there’s no reviving it. Which is a shame. So I turned to the shops to see what else was out there.

I bought myself this ThermoPro on Amazon. It’s relatively cheap and has temperature-resistant cables. This means you get a lovely console that sits outside the oven giving you crucial info on your meat.

To be honest, as much as I loved the Meater Probe, I prefer this simpler approach. The Meater required me to keep and eye on my phone or stay somewhat nearby. But with the ThermoPro, I can wander around the house and just listen out for my meat reaching the temperature I set as my target.

There are lots of reasons to give one of these a go. A meat probe can help you ensure that your meat is cooked to a safe temperature to prevent food poisoning. It allows you to monitor the internal temperature of your meat as it cooks and helps you avoid overcooking or undercooking your meat. Ultimately, that means enhanced flavour.

What an amazing piece of kit these things are. Give over with your air fryer obsession and play this flavour game instead.

A slow cooker, also known as a Crock-Pot to Americans, is a kitchen appliance that cooks food at a low temperature over a prolonged period of time. It typically consists of a ceramic or stainless steel pot that is surrounded by a heating element, which is covered by a lid. Slow cookers are designed to be convenient and energy-efficient, as they allow you to prepare meals in advance and require minimal attention while cooking. They are often used to make soups, stews, casseroles, and other dishes that benefit from long, slow cooking.

The rule of thumb I live by is that longer cooking at lower temperatures unlocks a world of flavour.

Now, they’re not all that smart. I’ve seen some smart ones, but they’re like he’s teeth. I do have a solution though; smart plugs.

You won’t get to use many appliances with smart plugs. Actually, to be totally honest the slow cooker is probably the best, and possibly only use for smart plugs in the kitchen. Unless you come up with something else.

Smart plugs let you control power outlets in your home, literally, from anywhere in the world. I mean that. Great for turning the lights on without having to get off the couch. Also great for turning on the smart cooker at the right time.

Some recipes only need to be on for a few hours. If you’re back in the office you might want cooking to start at 12pm. Nice and handy knowing that with a smart plug, you can have your slow cooker turned on but only starting once you trigger the smart plug with your phone.

A lovely trick that.

A cheeky inclusion this. We all have them but let’s not forget their power. Look up cooking times. Set timers. Pass the time with some videos. Call you mam while the spuds roast. Most importantly, get some recipes. I look into the fridge a fair bit and realise I’ve forgotten I don’t have some obscure spice. A quick Google usually leads to me learning I can substitute it with something else. Life is a learning journey. Tech can help.

Benefits of buying some kitchen gadgets

There are several benefits to using smart gadgets in the kitchen:

Smart gadgets can help streamline your cooking process and make it more efficient. I don’t go into them here, but something like a smart oven can be programmed to preheat to the correct temperature and turn off automatically when the food is done cooking.

Many smart gadgets allow you to control them remotely using your smartphone or voice commands, which can be convenient when you’re busy with other tasks. The most used gadget in my kitchen is the Google Assistant. “Hey Google, set a timer for…”. Every single day.

Some smart gadgets, such as smart scales and sous-vide cookers, can help you cook healthier meals by precisely measuring ingredients and cooking food at a consistent temperature. Plus, if you’re cooking more and ordering takeaway less, you’ll be healthier too.

Using smart kitchen gadgets can be a fun and educational experience. You can learn more about cooking and try new recipes using the latest technology. I had no idea how meat really cooked until I bought a meat probe. Suddenly it all made sense.