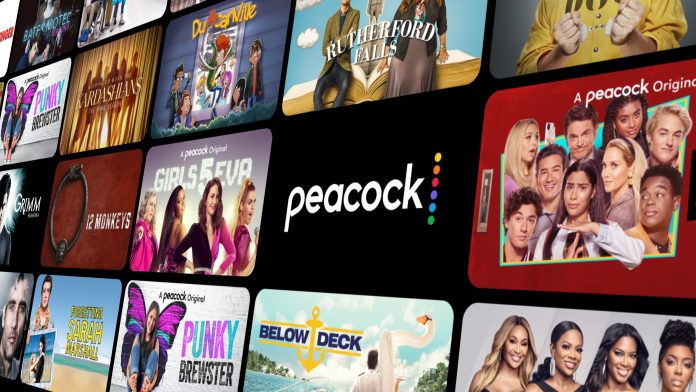 If you don’t have a streaming service, are you even making money these days? I’m saying that from the perspective of the networks of course. Sky and NBC Universal have today announced that Sky customers in Ireland will be able to watch Peacock content starting from tomorrow with no additional cost.

Peacock is yet another streaming service to add to the pile of Netflix, Disney+, Amazon Prime Video and all the others out there. I’ve slated tech companies and networks in the past for exposing Irish consumers to “death by a thousand cuts”. So it’s good news today that Peacock will at least be free to existing Sky Ireland customers.

What Can You Watch On Peacock?

It didn’t take Netflix long to realise that the real goldmine to be tapped was making your own content instead of just buying up others. Similarly, Peacock is bankrolling and publishing a lot of their own original shows.

Along with the new series based on Dan Brown’s Lost Symbol, Peacock carries Saved by the Bell, Rutherford Falls, Punky Brewster, The Girl in the Woods, Five Bedrooms, and Vanderpump Rules. There’s also a plethora of new content coming with upcoming series like MacGruber, Bel-Air, Joe Exotic, Killing It, Vampire Academy, The Undeclared War, Irreverent, The Innocent, The Resort, The Missing, The Best Man, Angelyne, Ted, and Battlestar Galactica

It took Disney+ a little while to realise that the Disney back catalog of movies and shows wouldn’t be enough to justify a subscription. That’s why a lot of streaming platforms also offer content from elsewhere. Peacock will also be offering classics like The Office, Parks and Recreation, 30 Rock, Psych, Superstore, A.P. Bio, The Mindy Project, Will & Grace, Mr. Mayor, Young Rock, and Saturday Night Live.

And no streaming platform is complete without great movies to sit down and grab the popcorn for. You’ll be able to watch he Best Man, Bird on a Wire, Bowfinger, Brüno, Bulletproof, Children of Men, Definitely, Maybe, Far and Away, Fear and Loathing in Las Vegas, The Game, Hanna, Hannibal, The Last House on the Left, MacGruber, A Million Ways to Die in the West, Meet Joe Black, O Brother, Where Art Thou?, Out of Sight, Pride & Prejudice, Scent of a Woman, Seed of Chucky, A Simple Wish, The Skeleton Key, Tower Heist, United 93, Very Bad Things, What Dreams May Come, and You, Me, and Dupree.

How To Watch Peacock In Ireland

Peacock is “soft launching” in Ireland tomorrow. This means there won’t be much fanfare. Instead, it’s a small bonus for existing Sky or NOW TV customers. I’m just checking whether or not Sky customers can watch on the Peacock App or SkyGO when out and about or if this is only for Sky TV at home and NOW TV on the go. Watch this space for an update.