The Defenders is another Marvel and Netflix collaboration but is it a rip-roaring success a la Luke Cage or more the meandering mess that was Iron Fist? Does the Avenger’s B team hold up to scrutiny or have Netflix decided that these comic based series are an excuse for lazy showmanship?

Honestly having sat through the lot I find it hard to tell. The Defenders is a satisfying superhero team-up with a gritty undertone that’s characteristic of the comic studio’s previous Netflix shows. Apart from Iron Fist, God above that was utter tripe!

Credit where it is due, Marvel know a good storyline. By setting the story in New York and giving each of our heroes a particular set of skills they have, from the get-go, been peaking our interests with the inevitable Avengers comparisons. Jessica Jones like Black Widow, Luke Cage of the same ilk as Captain America, Daredevil a reverse Iron Man and the Iron Fist a bitter disappointment. 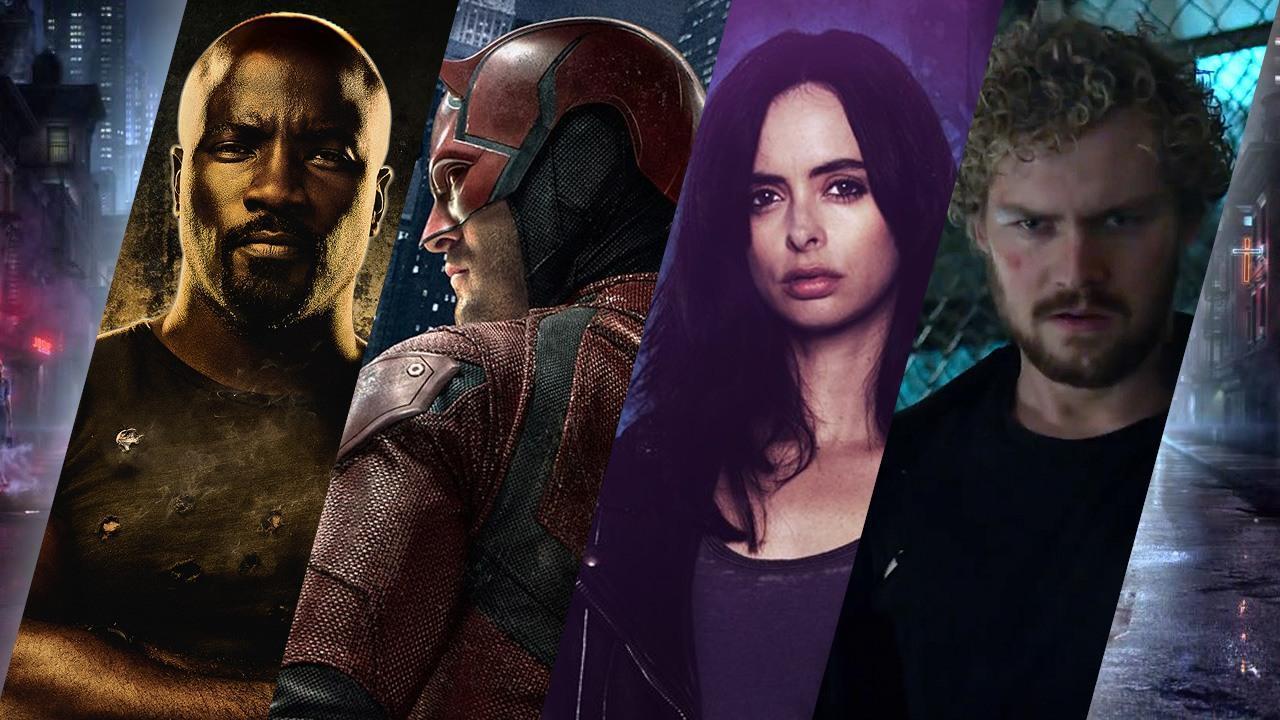 Anyway, as I was saying the Avengers comparisons are even to be seen in the storytelling. Four different and individual heroes come together to take down a common enemy. Like the Alien invaders but more normal.

The crew come together by chance but as you could guess this volatile lot just can’t get along. So they fall out near the end of episode three, setting up a series patch up your difference speeches and an unwanted bonding.

The bad guy? The Defenders come together to take down the Asian Magic Mafia aka The Hand led by the chilling capitalist Alexandra Reid (Sigourney Weaver). She’s the center of this shady organisation who have gotten up to some seriously weird shiznit such as the disappearance of young street criminals offered lucrative employment by invisible bosses (a crime that’s investigated by Cage); a missing-person case involving an absent father who turns out to be harboring explosives in his apartment (Jessica Jones); and ninja assassins infiltrating the United States (Danny and Colleen’s mission). Daredevil’s previous series is central to the set up of The Defenders so I will let you figure that one out for yourself.

In making the small screen version of The Avengers, Netflix has made a number of mistakes. In the earlier days of the Marvel/Netflix collaboration character detail and an urban pulp, atmosphere are so finely wrought- Luke Cage more than the others to be fair.

There was a personal affection that has been built up with these heroes. Jessica battling a spectral rapist, Danny feeling guilt over leaving the mystical city of K’un-Lun unguarded, Matt giving up his Daredevil identity and trying to make sense of his love life and his faith, and Luke becoming a local hero despite his prison sentence. It was these personal and sometimes painful stories that managed to make each of The Defenders relatable. So it was a bit of a shame to see these aspects rushed through in a couple of short scene’s, just to get the team together for an almighty punch fest.

While some of the previous shows have suffered from “Netflix bloat”, (having a 13 episode series while only having the content for 10) this 8 episode series still does not manage to get this right. The pacing is all over the place certain interesting subplots become sidelined for no apparent reason other than speeding up the main storyline, while the only true references to character backstory comes from rushed dialogue such as “You know what your problem is? You’re not comfortable with what you’ve become.”

They try and try but Netflix just doesn’t hit the nail on the head here. If the point of The Defenders is to get the heroes together why not start things off from that point rather than making us wait for the fourth instalment. 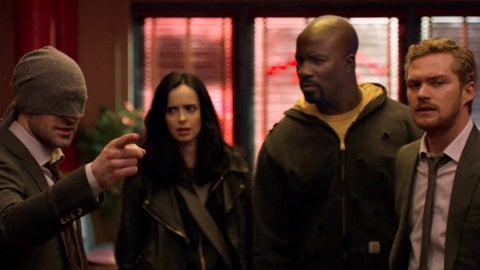 Here’s the thing there are very few of the aspects of what made the Daredevil and Luke Cage so successful. The grittiness and real-life reflection that was their marker is replaced by some awful cringey parts, sadly pulled directly from the Iron Fist storyline. You know the awful oriental clichés, and the entitled white dude act gets really boring really quickly. We get it your parents got killed and now you’re the Iron Fist, just please stop talking and punch somebody- is that too much to ask?

And it’s such a shame because like Luke Cage and Daredevil there is a sincerity and community focused take on superhereoing not often seen in the genre. Imagine Captain America only being interested in Brooklyn for example – he’s more interested in the global mission. Whereas these superheros are more community pillars and they see their job as protecting the people they care about, which is a nice change and adds an element of reality to the series. As the show ramps up during the latter episodes some topics such as institutional racism, rapacious real-estate development, and gentrification are discussed very openly and frankly. While when disaster strikes New York City, there are mentions pointing out that poor people don’t have insurance to cover repairs.

The humble team up… a time honoured tradition of superhero fiction. Suicide Squad, The Justice League, The Avengers and now The Defenders have come to the party with a very different take.

It worth mentioning the intimate nature of this series versus any other superhero bonding session movie is this, none of the other mentions has portrayed the same level of geographical intimacy. Rather than the usual, we have to save the world, the galaxy.. nope just our city where we and the people we care about life, it’s just less fantasy which is nice. All the while focusing on a handful of characters. The personal drama element usually goes out the window in place of childish battles of the school ground arguments like whether Iron Man could beat up Captain America or if the Hulk could take Thor. While the Defenders looks at thing on a more human level asking how exceptional but damaged people with radically different worldviews and life experiences find common ground and fight for the greater good (which is the story of democracy itself). Pairing the white rich boy with the hulking bulletproof African American seems like a political argument come to life.

I guess that’s what saved The Defenders to me. Some really cool, exciting scenes and some drab nonsense. The Netflix Marvel collaboration has been really good so far but they almost lost their touch with Jessica Jones & Iron Fist so it’s great to see this series bar the two shitty character gets the series back on track in time for the new Punisher series, which will be epic! just see for yourself: