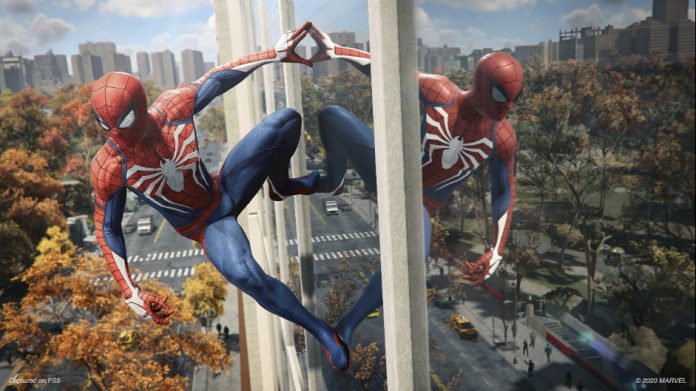 It’s no secret that Sony and Marvel have a complicated relationship as far as Spider-Man (as well as the Spider-Verse at large) is concerned. But it’s also well known that in recent years their rocky partnership has generated some of the best Spider-Man media we’ve ever seen. Insomniac’s Spider-Man blew us away in 2018 when it made its way to PS4. It truly made us feel like Spider-Man in a way we hadn’t before. It showcased the best of what Sony’s last console had to offer in the graphics department. With it being such an overnight success it’s no surprise that the PS5 would launch alongside a continuation of the web-slinger’s story with Spider-Man: Miles Morales. This new game also gives you the option to include an updated version of the now two-year-old original (with all the episodic “City That Never Sleeps” DLC included). This will set you back an extra €20 and while this seems like a bargain for anyone who missed out on saving New York the first time around, the question remains; is it worth it for those of us who have played the original? Well, that’s what I’m here to find out!

Can I Get A Free Spider-Man Upgrade On PS5?

So, Spider-Man: Remastered is an enhanced version of Marvel’s Spider-Man. It’s included when you buySpider-Man: Miles Morales Ultimate Edition on PS5. However, you can’t get it for free if you’ve bought Spider-Man for PS4. Sorry! If you’ve bought the standard edition of Miles Morales, you’ll also need to fork out some cash for the paid-download. One bit of good news is that if you bought Miles Morales on PS4 you can get a free upgrade to PS5. Make sense? Up to speed? Cool.

Now, head’s up because here are some spoilers if you’ve never heard of Doctor Octopus

Before I get into the meat of this comparison, I should disclose that I am a massive Spider-Fan and have been my whole life. The core aspects of the character resonate with me on an emotional level, I think Tom Holland’s Spider-Man is the best screen adaptation we’ve seen to date and I will still defend Sam Raimi’s Spider-Man 2 to the hilt! With that said I still believe that everyone, fan or not, should play this game, this exact version of this game in fact. Everything about it has been tweaked, refined and in some cases dialled to 11 to create what I can only assume the developers had intended the first time around.

The most obvious difference between the old and the new version of the games is how they look next to one another. The web is full of side-by-side comparisons that let you see first-hand just how much better this game can look.

The PS5’s ray-tracing capabilities (a fancy phrase for tracking the path of light in real-time) really bring the glass skyscrapers of New York to life with reflections of Spidey, as well as the cars and people in the street, being crisp and natural (though the issue around puddle-gate has been left unresolved). All this and the game runs at a consistent 30fps. But what if you want a higher framerate? Insomniac have thought of that and, like most PS5 launch titles, give you the option of a “Performance Mode” which lowers the graphical pzazz just a little to bring you a buttery smooth 60fps experience. I have to say it’s my own preferred way to play.

The gameplay experience has been given a makeover as well. So what exactly does the PS5 offer?

One of the highlights of the 2018 game was the way web-swinging through downtown Manhattan was effortless, engaging and a fun experience all around. This time things are a little different, a little more difficult. Now I don’t mean that the experience has been made worse, quite the opposite. Spider-Man: Remastered Edition makes ingenious use of the PS5’s adaptive triggers for both web-swinging and aiming. If Spider-Man is taking his time with how he gets from point-A to point-B, then you’re able to pull R2 with minimal effort. You press the button; Spidey shoots a web as you continue to swing, and your controller gives you a nice sound effect. Life is good.

However, if you’re in a rush to catch the Demon Gang in their helicopter or to stop a stolen car then you really have to work to get there. The triggers will adapt to the speed and position of the web-head and offer much more resistance to give you the feeling of the centripetal force being put through the web. The faster you’re moving, the harder the button is to press. It’s a small change but I cannot overstate how effective it is. Likewise when aiming to shoot your webs or gadgets, the longer you hold down L2 the harder it is to keep it that way, really giving the impression that Spidey is struggling to maintain his focus for an extended period of time. Small touches that completely overhaul the feeling of the game.

Similarly, this new version of the game takes full advantage of the PS5’s brand new internal hardware. Load times are practically non-existent, being more than a cursory “cut to black” that exists for only a second, more as a courtesy to the player so scene transitions aren’t too jarring. All told the time it takes to start the game from the PS5 menu and get to swingin’ is only 12 seconds!

Gone are the dynamic shots of Peter Parker with the hints and tips in the corner, relics of a time now passed. Peter Parker’s literal facelift is a great new addition too, with Ben Jordan now providing the face for Marvel’s iconic character, replacing the face of Yuri Lowenthal. This, along with the other characters really highlight the massive leap forward that facial animations have taken for this new generation. Another small change that makes a huge difference to the overall package.

One of the nicest touches is the integration of the PS5’s Activities feature. This feature will suggest a mission or an objective for you to do from the PS menu instead of from the game itself or via finding it organically on the map. I found this to be a major help in times when Spider-Man suffered from “Open-worlditis”, a common problem in expansive sandboxes with a variety of mission types but not a lot to do in between them or on your way to them. With the Activities button, I was able to select a Demon Warehouse (a horde-mode where you face off against waves of enemies) and immediately start the mission, instead of making my way over there, clearing out the cursory gatekeeping baddies and starting the mission proper. Just one 5 second menu selection and I was straight into the action. I couldn’t help thinking to myself, with a cheesy grin on my face, “This is an absolute game-changer”.

Back to Square One

I think the only drawback to this new version of the 2018 smash hit is that your Trophies from the original may not carry over (although Insomniac has released a patch to fix this). This means that if you still want that Platinum you might have to go through the game with a fine-toothed comb all over again. But, honestly, that’s more of an excuse to relive that wonderful experience all over again!

Is Spider-Man Remastered Worth Buying?

Fans of the Avengers movies will know that Marvel decided to kick off their “Phase 3” with the introduction of Spider-Man to their universe. But not before Tony Stark gave him a “[needed] upgrade. Systemic; top to bottom. A hundred-point restoration”. That’s what this game feels like to me.

Every tiny aspect of the original has been slightly improved to provide a single massive boost and I feel it’s only fitting that Sony follow Marvel’s example and kick off their new generation with 2 Spidey games released side by side. As I said at the top of this review if you haven’t played the original game then spending the extra €20 is a no-brainer. This is not a game to be missed on any generation of console. But is it worth it even if you have played the original? The answer is still an unequivocal yes! All the changes give a whole new experience that you would do well to dive right in to as soon as you can.