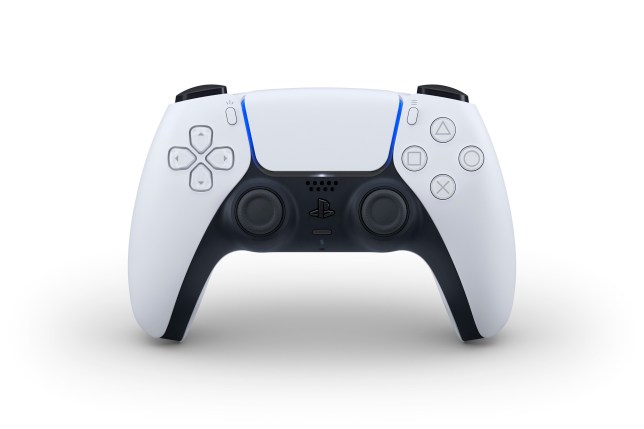 This year we are expecting two new gen consoles, the Xbox Series X and the PlayStation 5. We previously have taken a look at what we thought we know about the console but luckily and somewhat teasingly, Sony are drip feeding us with new information. This time around it’s the brand spanking new DualSense controller. Sony recently released a statement on their website as they begin sharing the new control with developers to integrate the new features into their games. They claim the features of DualSense, along with PS5’s Tempest 3D AudioTech, will deliver a new feeling of immersion to players.

To be honest, this new design is getting some very mixed reviews for its look but personally I think it’s quite a slick looking bit of kit. Sony claim they have kept much of what people enjoyed about the DualShock 4 control all the while adding in some new features to go alongside its new look. It seems that touch and audio are going to be the two major developments with the latest control rendition.

When it comes to touch, Sony are redeveloping their haptic feedback, which adds a variety of powerful sensations you’ll feel when you play, such as the slow grittiness of driving a car through mud. They have also incorporated adaptive triggers into the L2 and R2 buttons of DualSense so you can truly feel the tension of your actions, like when drawing a bow to shoot an arrow.

CEO Jim Ryan from Sony had this to say:

“DualSense marks a radical departure from our previous controller offerings and captures just how strongly we feel about making a generational leap with PS5. The new controller, along with the many innovative features in PS5, will be transformative for games – continuing our mission at PlayStation to push the boundaries of play, now and in the future. To the PlayStation community, I truly want to thank you for sharing this exciting journey with us as we head toward PS5’s launch in Holiday 2020. We look forward to sharing more information about PS5, including the console design, in the coming months.”

Traditionally you would think when it comes to a game control it would be a case of if it ain’t broke don’t fix it. Not this time, a new console means a new challenge and an opportunity to build off of the current generation, while taking into account the new features we were adding. For example, with adaptive triggers, they had to consider how the components would fit into the hardware, without giving it a bulky feel, so they created a design that changes the angle of the triggers, adds subtle updates to the grip and did it all in such a way that maintains a strong battery life for DualSense’s rechargeable battery, and lessens the weight of the controller as much as possible as new features were added.

In other news the “Share” button is gone in place of a new “Create” button which Sony claim is a pioneering new way for players to share their content with the world. But that’s all they have told us for now.

We mentioned audio is going to be a big deal this time around so the DualSense has it’s own built in mic, about time some might say. This will enable users to chat without a headset or use earphones that don’t have a mic in built.

Personally I quite like this two tone white on black design as it’s a big change from the single colour designs of years gone by. As you can see, they went a different direction this time around, and decided on a two-toned design. Additionally, Sony changed the position of the light bar that will give it an extra pop. On DualShock 4, it sat on the top of the controller; now it sits at each side of the touch pad, giving it a slightly larger look and feel. There will also be an all black design but that’s all we know for now.

Sony say they wanted to make a controller that is an extension of the user when they’re playing – so much so that they forget that it’s even in their hands, guess only time will tell.