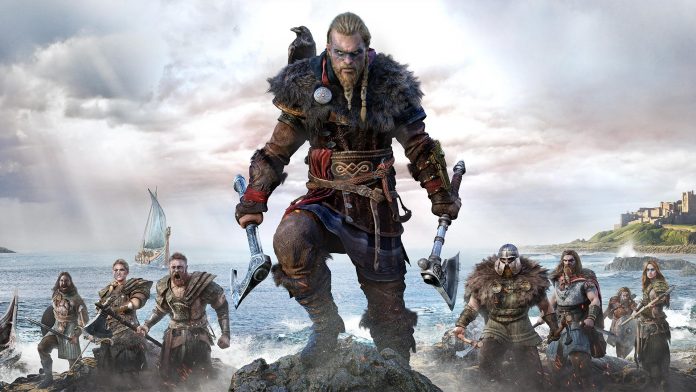 Assassin’s Creed is back with the latest addition to one of gaming’s most iconic series. Assassins Creed Valhalla is less stealth and speed and more smash and destroy as is the Viking life, taking place during the Viking raids of England. You play as Eivor, the male or female main protagonist while you pillage your way through the lands in a gorgeous open world landscape.

Generally speaking the two biggest issues with Assassins Creed titles is that the games are two big and two repetitive, while these issues still slightly carry, your main man Eivor is soooo far away from the traditional assassin of games gone past. Unlike games gone past Eivor’s main story arc really has to do with the Viking life with intermittent Animus interruptions. As I said Valhalla is a bit of move away from the traditional Assassins Creed games and with more combat and gore than ever before, it’s time to raid!

Ok i’m later than expected getting this article done because I was too busy playing but it’s been out since November 19th on PC, Stadia, Xbox and PlayStation with new consoles also getting their own releases and and starting at €70 with prices going up as far as €120 for the Ultimate edition.

I honest to God loved this game, it’s well written and designed and you can see why Ubisoft took an extra year in development to give the series a much needed boot in the hole. Look it’s not perfect, there is no point saying as such but considering where the game has come from to now you have a lot to be happy about. The open world map os not as amazing as Read Dead, but what is, nor is it as explorable as Witcher, again what is, nor is the combat as good as Ghosts of Tsushima, again what is but Valhalla gives us a wonderful blend of all three that makes up for a stunning game with hours of entertainments.

While the open world like many games can be a bit of a slog to travel across, every village and camp is unique, no copy and paste jobs here and within each there are villagers to interact with whether that be in a beer chugging contest, Viking style rap battles…well flyting but it’s basically old timey rap battling and your usual shops and blacksmiths to trade with for different weapons, tattoos and even limited time products.

What can be a bit annoying is how far you have to travel at times to get from one mission to the next, we get it you made a big pretty map but keep the missions closer together please. The idea here is to force you to explore but it’s also an opportunity to test out the cinematic mode on horseback and in your long both, which offers stunning visuals of Anglo-Saxon England. Plus collect enough vantage points and fast travel will take away most of that pain and on you go.

A Slow Burn but well worth the wait

Assassins Creed has always had a particular way about it and to it and the games always, always take a bit of time to get going, I must have been a day in and hadn’t reached Mercia yet but once you do get going properly the game flows so well. Yes it takes time to get places but find your high points, syncronize and make use of the fast travel. In terms of the story it also take a bit of time to get moving, I mean unlike any other games you don’t leave your base to go explore because of an indicent that makes you an outcast or something along those lines, it’s because peace is declared and what self respecting Viking wants to hear about peace. Funnily enough it’s actually a bit of a contradiction because when you get to Mercia your overall goal is to takeover and claim peace. Yup leave to get the exact thing you’re striving for, solid Viking logic right there.

The game is visually stunning and battles are epic and they get better in time with more skills, abilities and weapons to get make things really interesting. Essentially this ain’t like other Assasins Creed games, its a bit more wild, the pacing is extremely varied and to be honest it makes for a really nice change of pace.

Bringing back a bit of humour

So very early on in the game you have to help a bloke get a hard on so he and his mrs can do the nasty, how to do this? Burn down their house because they first did it during a raid….yup that’s part of the game alright. On another ‘quest’ you convince a lady to release her cats so they rid her field of mice that eat here crops and in another you go on a kiddy rampage with some local youths learning the Viking way. Again unlike many Assassins Creeds games of the past this bit of fun and general humour has lacked and in male or female Eivor you have the perfect character to take these moments of madness in their stride.

To be honest I played most of the game as male Eivor but about halfway through changed and if I’m honest the game feels like it was built with her to be the main protagonist, you can swap so no harm giving both a go and seeing what suits you best. I personally believe that she fits the game’s subtler lines more, and is a more interesting character to control through conversations. It feels like the game would benefit from female Eivor being the sole protagonist, and it would have been nice to see an Assassin’s Creed Valhalla big enough to stick with her alone.

Assassin’s Creed games are typically stand out titles, the type of game that people wait for, just to loose hours upon hours in some outstanding landscape. Assassins Creed Valhalla is no different and if i’m honest having been an avid fan down the years, this is probably their best release yet. Norway looks good, England or Mercia as it’s called is stunning and you can really tell this game was built with next gen consoles in mind. As with any of these games some of the missions get a tad repetitive like raiding but the overall gameplay and story telling really make up for this slight downfall in spades.

Sure look here’s the deal, if you like Assassins Creed already or general open world RPG’s you’re going to love Valhalla, yes it’s more guts and gore than some of the more stealthy previous titles, but that should be expected when you’re a Viking. Oh and if the rest ain’t a selling point for Valhalla in early spring 2021 (St. Patrick’s Day perhaps?), ‘Wrath of the Druids’ will be the first expansion pass of the game, where players will get to journey to Ireland to uncover various myths and legends of our little island.