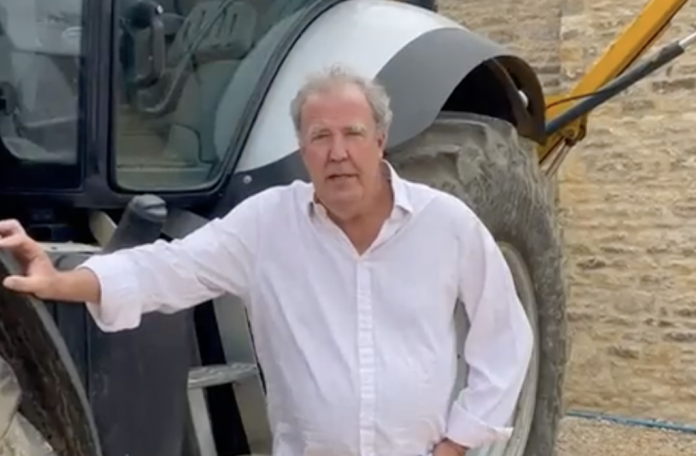 It was either an unsure and rocky decision to get here or a bit of a PR stunt, but Prime Video original, Clarkson’s Farm, is coming back for a second season!

I’ll do a catch-up in a minute, but I’m trying to avoid those “recipe-style” articles that give you the history of a story before the real reason you’re actually here reading this! On Twitter today, Jeremy Clarkson confirmed in a video that his farming show, Clarkson’s Farm, will be returning for a second run.

Standing in front of his infamously large Lamborghini tractor, Clarkson confirms “there will be a second series of Clarkson’s Farm”. The camera then flips to “star in a reasonably priced tractor” Kaleb, who jokes the show is called “Kaleb’s Farm”. Clarkson then continues to confirm that all the help returns, with “Chip, Charlie, Lisa, Gerald and the fetus in a tractor”, referring to Kaleb.

What Is Clarkson’s Farm About?

After years of streaming TV specials which had grown quite a bit stale, Jeremy Clarkson teamed up with Amazon to create Clarkson’s Farm. I was caught totally off guard by this show and loved it. No longer is Clarkson leaning on years of tired jokes with the Top Gear team. Instead, his buffoonery is complemented by a new team of farm hands where everything feels far more natural and unscripted. The star of the show, today referred to by Clarkson as a “fetus in a tractor” is Kaleb. He runs his own contracting service and is more or less the expert of all things “hands-on” on the farm.

Give the original review a read to get a better understanding of the show. This is more about the great news that season two is coming.

Despite the success of the opening season, all signs were pointing towards no return to Clarkson’s Farm. On Twitter, Clarkson himself, in response to speculation about cameras on the farm, said “dear everyone, there has been some speculation that a second series of our farming programme has been commissioned. It hasn’t but we are hopeful”.

Just yesterday, Clarkson tweeted in the direction of Amazon founder Jeff Bezos, asking if he could do his farming show now.

Everything seemed quite uncertain. This was a but of a shock given feedback of the opening series had been quite popular. Arguably, Clarkson’s Farm was one of the most far reaching successes of Amazon to date. I’m basing that on the fact that people were generally mentioning it in group chats and work!

This is still far from confirmed. It’s likely to be 2022 at the earliest. Don’t forget that in order for the series to work, you need to grow crops. They can’t be rushed. There are other things that we might see like cattle perhaps, but for now we’ll just all have to sit tight and wait for more iron-clad details to emerge.

The good news is, at least there will be a new season. It was really starting to look like Amazon was going to make a mistake here and completely miss out on renewing a great success story. But then again, maybe it was never in doubt and the truth is this was all just some great PR.