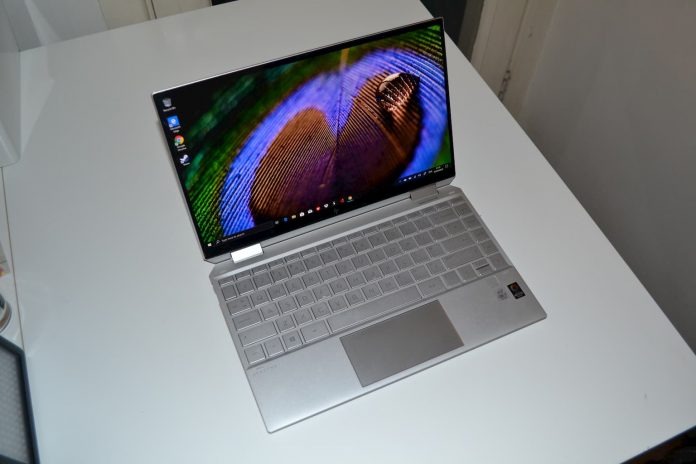 When I was younger, I used to turn my nose up at Apple devices. Overpriced and oversimplified software sitting on underused hardware. I still feel that way about iPhone, but I have a MacBook Pro and an iPad. They’re probably two of my favourite gadgets. They work so well. Which left me a little worried when HP sent over the Spectre x360 13 to review. I use another Windows laptop fairly regularly and when you live a double OS life, MacOS usually wins. But I left my favouritism at the door and booted the Spectre up.

I hate when I say this, but this laptop is premium. The quality of the build is impeccable. You might remember there was a Bond movie a few years back that shared a name with this laptop and let’s be honest, this laptop is still Bond-worthy. It’s that full aluminium body design, durable joints and clever use of space. While the USB-C port on the corner of the body and the power button on the other corner are clever, the inclusion of a literally, jaw-dropping USB-A port immediately made me question everything about MacBook design. 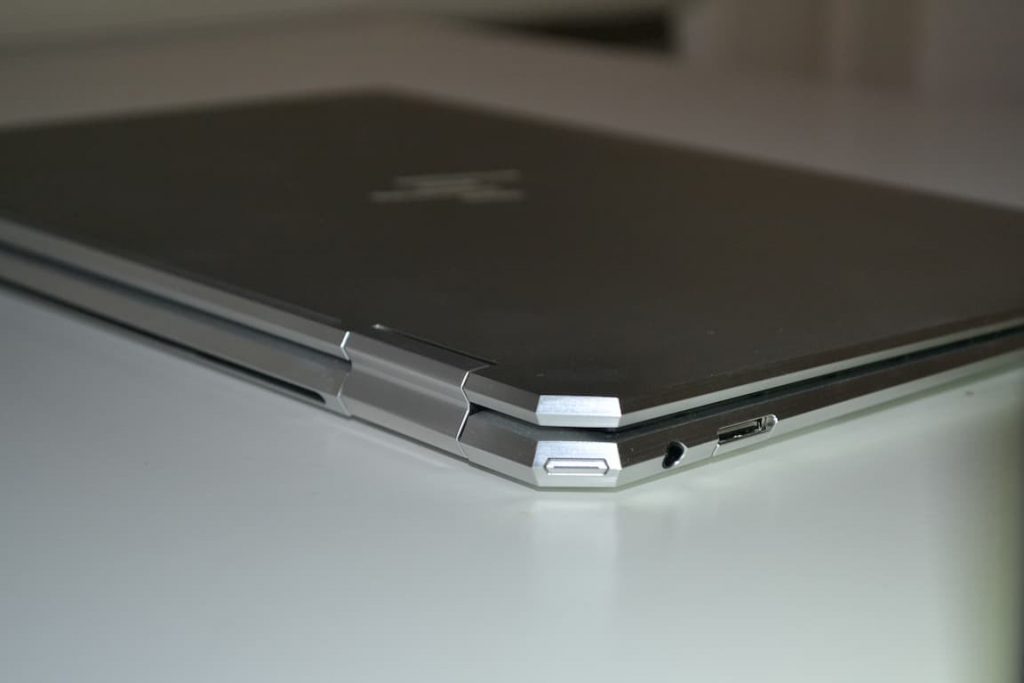 Also part of the design is the fact this is a dual-purpose machine. Fold the screen right back and you effectively have a tablet. You get all of this in a body that weighs just 1.27kg. This is the 13-inch model and that weight makes it substantially lighter than the MacBook of the same size.

Thoughtful and premium is how I would describe the design of the Spectre x360. Right down to the stylus and leather laptop sleeve that’s included in the box. If privacy is a concern you hold, the Spectre has an ace up its sleeve. There’s a physical button that lets you switch off the webcam completely. No snooping. Almost ironic from a laptop originally marketed alongside a James Bond movie.

Now, I’m going to keep on making MacBook comparisons, but I really need to repeat that I love my MacBook. The Spectre display blew me away. I remember after turning on YouTube and switching the settings to 4K, I went back to my Mac to see how damn bad my display was. The 4K OLED screen is an optional extra that adds a sizeable chunk of change onto the price of your machine. I’m not going to say it’s worth it or it’s not because how important 4K it comes down to what you need the machine for. You might be rendering social posts in 1080p or looking to get the most from your 4K Netflix subscription.

What I will repeat again is that the 4K OLED is one of the best laptop displays on the market, if it’s not the very best full stop.

Back when I reviewed this laptop, the world was still normal and webcams were this weird thing that no one really needed on a laptop. HP has given the webcam that level of consideration. The lens is tiny. That’s good news for those of you who like slim bezels. Bad news if you actually want to have some sort of decent quality without hooking up an external webcam.

The Spectre has a plethora of input options which both add to the usability and the overall design appeal of the laptop. The keyboard is practically flawless. A practical problem for me was switching from my MacBook. But, how quickly I transitioned is a great example of the keyboard’s travel and responsiveness being as good as you could hope for. Next up, the trackpad. Again, zero complaints here from me. Responsive and, arguably, more importantly, I didn’t get any phantom touches while typing. Also, having the option of a touch screen input works fantastically. Of course, this is nothing new but it’s not something a MacBook user generally gets to enjoy.

Screen inputs beings me to the stylus. I love my Apple Pencil, but sometimes Apple just arrives at a solution with no logic applied, assuming they got it right. HP has thoughtfully designed their pen to be a natural extension of your input options that you’ll just reach for automatically in certain situations.

The fingerprint reader. So many reviewers will consider these to be a gimmick but I love nothing more than having a really secure password to my password manager that unlocks with a finger swipe. It’s another feature that made me think of Bond again. Q would be proud.

Finally, I want to give another mention to that USB-A port. Sure, nearly everything is USB-C now, but not having to reach for a dongle every two minutes is a lifesaver. It’ll be a thing of the past before long, but it’s great for external hard drives and charging other devices from your laptop.

The specs on this laptop are practically maxed out for most users. Packing a quad-core 10th Gen Intel Core processor with Iris Plus Graphics. Now, if you’re after a high-end gaming laptop, this isn’t for you. But it’ll run most games without any problems at all, within logical graphic-settings reason.

The battery is insane. I fully charged mine when it landed. Despite fairly tough testing, In only charged the laptop again to factory reset before sending it back. I don’t believe you’ll get the “up to 22 hours” life promised through any sort of regular use, but 13 hours of fairly tough going is a walk in the park for the Spectre.

If I had to buy a new laptop in the morning, would it still be my MacBook? Until I tested the Spectre, the answer was yes. I wouldn’t have considered anything else. But the Spectre returned some faith into my mind about Windows laptops. They can be remarkable. They can be simply stunning. They can be beautifully designed and powerful enough to do anything.

I’m not going to pretend this is a laptop for everyone. Most people in the market for a laptop are in the sub-€1000 group. But if you’re self-employed and want a solid all-rounder that can do everything you need for work while also being perfect to stream Netflix, you’ve found your next laptop right here.

The Basic HP Spectre x360 13 will set you back €1299. The 16 GB RAM, 4K OLED display, and 1 TB SSD model will put an €1899 dent in your wallet. The last word on this laptop is that it can stand toe-to-toe with MacBook and it’s one of the very best pound-for-pound laptops on the market.

The HP Spectre x360 13 is available to buy from Amazon.co.uk and HP Store Ireland.