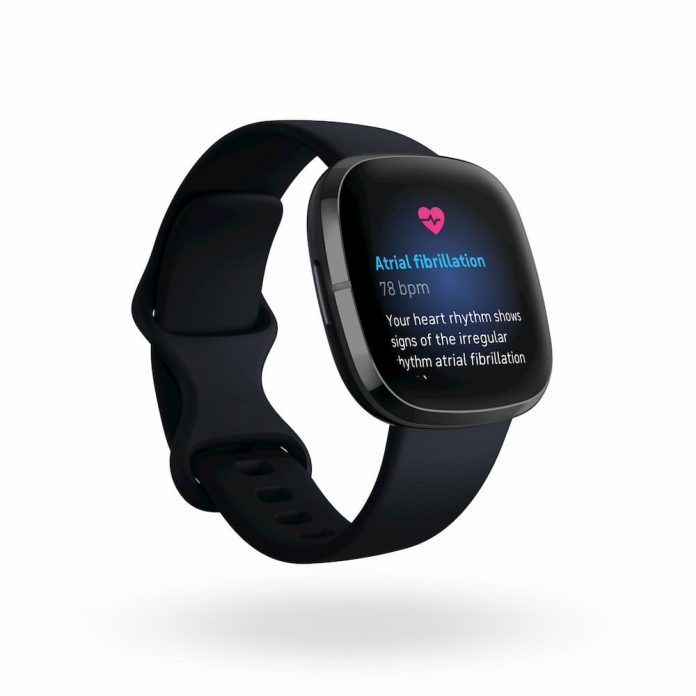 A couple of years ago at Web Summit, I listened to a great talk on wearables. The guy speaking introduced me to the concept of the halfway test. If you leave your house and get halfway to your destination, what would be important enough to turn around an go home for? Your wallet, almost certainly. Your phone, maybe. Your smartwatch, most likely not. They are a nice to have. However, today smartwatches are shifting away from simply letting you know you have messages to being full on health devices. Fitbit recently launched the Sense, the first wearable which saw them confident enough to use terminology like “health monitor” instead of “fitness tracker”. Now, devices like the sense have passed regulatory review to identify Atrial Fibrillation (AFib).

Fitbit has received Conformité Européenne (CE) marking in the European Union, for its electrocardiogram (ECG) app to assess heart rhythm for atrial fibrillation (AFib). This is a condition that affects more than 33.5 million people globally and one I’ve been tested for myself (and got the all-clear).

The Fitbit ECG App launches in October 2020 to people with the Fitbit Sense in several countries, including Ireland. Despite being one of the most preventible conditions, heart disease being the leading cause of death worldwide. AFib, an irregular heart rhythm that increases the risk of serious complications like stroke, can be particularly difficult to detect, as episodes can sometimes show no symptoms and is discovered by chance. Up to 25% of people who have an AFib-related stroke find out they have AFib only after a stroke has occurred.

Heart disease continues to be the leading cause of death worldwide, despite being one of the most preventable conditions. AFib, an irregular heart rhythm that increases the risk of serious complications like stroke, can be particularly difficult to detect, as episodes can sometimes show no symptoms. Some studies suggest that as many as 25 percent of people who have an AFib-related stroke find out they have AFib only after a stroke has occurred. Early detection of AFib is not just difficult but critical to people’s health.

Fitbit is ambitious here. The company’s co-founder, Eric Friedman says “helping people understand and manage their heart health has always been a priority for Fitbit, and our new ECG app is designed for those users who want to assess themselves in the moment and review the reading later with their doctor”.

Our doctors are often flying blind when it comes to detecting AFib. I wsa donating platelets when a potential issue with my own heart was spotted. A nurse felt I had an odd heartbeat, my donation was stopped and I had to go get some proper testing done. An inconclusive EKG with my GP was followed by a 24-hour halter unit test which monitored a full day of my heart rate. I got the all clear, but it was an expensive and nervous time. The funny thing is that the cost of everything was about the same as the new Fitbit sense.

This is exciting because a consumer wearable could actually provide medical professionals with critical data if they buy into it.

As part of the process to be a recognised medical-grade device, Fitbit conducted clinical trials across the U.S. The study looked at how accurately Fitbit could detect AFib from normal sinus rhythm. The results were impressive, exceeded target performance, demonstrating the ability to detect 98.7% of AFib cases and was 100% accurate in identifying study participants with normal sinus rhythm.

Doctors are often flying blind when it comes to our day-to-day lives and diagnose us based on a short meeting. Dr. Venkatesh Raman, an interventional cardiologist at MedStar Georgetown Hospital in the US has long believed in the potential for health tracking wearables. He believes using “real-world, individual data to deliver more informed, personalized care” is the way forward, and is hopeful that Fitbit can help detect AFib earlier.

The Fitbit Sense will be the first wearable from the company to feature this new tech. All you do is hold your finger to the stainless steel ring on the watch while being still for 30 seconds to get a reading that can be downloaded and shared with a doctor.

For me, that means new-age wearables like the Fitbit sense are much more likely to pass the halfway test.