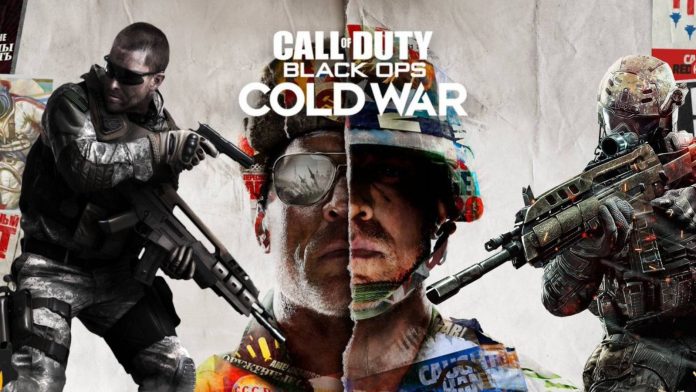 In what has been a hectic year, November is finally upon us, meaning Christmas is right around the corner. But for the gaming community, November is their Christmas as it is the month when the most anticipated games of the year are usually released. Last year, Activision released arguably their best Call of Duty game to date, the re-release of Call of Duty: Modern Warfare. This year, it looks to make an even bigger release, with Call of Duty: Black Ops Cold War. It will be the sixth Black Ops instalment and the seventeenth instalment in the overall COD franchise.

When is COD: Black Ops Cold War out?

The most pressing question of all. Cold War will be released on November 13.

What will the campaign be?

In this years release, we are taken back to the early 1980’s. President Ronald Reagan has received intel of a secret Soviet spy, Perseus, who’s mission is to try and tilt the balance of power in the Soviet Union’s favour. In response, Reagan launches a counter mission in order to stop Perseus.

Some of the new locations where the gameplay takes place includes Berlin, Vietnam and Turkey. There will also be multiple endings to the campaign based on decisions made by the player throughout the game.

What’s the craic with Multiplayer?

On 8 October, Treyarch released a beta version of the multiplayer for players who pre-ordered Black Ops Cold War. Having played it myself, we were able to play in some of the new maps available. Some locations were based on Miami Beach, a desert in Angola and the North Atlantic. The maps vary from small and compact to large open spaces where you can also use vehicles.

Now, let’s talk game modes. Of course, we’ll be seeing the return of the usual Team Deathmatch, Domination, Hardpoint, Free-for-All, Kill Confirmed, and Search & Destroy. Those who remember Black Ops 4 will be glad to see the return of Control. Some of the new game modes coming are VIP Escord, Combined Arms and Fireteams and Treyarch also announced that they will be adding plenty of other game modes in seasons post launch.

For the first time in multiplayer, we will also be getting a new ping system, which was initially introduced in Warzone. Ping systems allow players to point out enemies, weapons, vehicles and locations where enemies have been, such as an open door in a house. The ping system will be a very big upgrade in multiplayer and will create more team based gameplay within the different game modes.

Is Zombies coming back?

Yes! Zombies is back. One of the most popular game modes in the COD franchise. Black Ops Cold War Zombies introduces players to a new game mode: Dark Aether.

“Everything that happened in the Aether Story actually happened. At the end of Black Ops 4, our heroes – in their various incarnations – sacrificed themselves in order to collapse the multiverse and banish the evil they bravely fought to the Dark Aether. They hoped their actions would create a new world… a singular reality. One free from the forces of darkness that had plagued their existence.

They were half right.” – Craig Houston, Lead Writer

The first episode of Dark Aether is called “Die Maschine” (pronounced dee mah-sheen-eh). The story goes that, following the discovery of a WWII experiment called “Projekt Endstation”, a new arms race threatens the world as each side attempt to harness the power at the heart of the experiment. Going back to classic Zombies, players will have to fight off waves of the undead in a round based survival game mode. If that hasn’t got you licking your lips, take a look at the trailer below.

Will Warzone be integrated?

Treyarch have confirmed that they will be implementing gameplay between Black Ops Cold War and Warzone in December. However, details of how it will be integrated and what changes will be made to Warzone have yet to be revealed.

Is there a trailer for Black Ops Cold War?

Hell yeah there is!

What consoles will Black Ops Cold War be available on?

Black Ops Cold War will be available to buy on the Xbox One, PS4 along with the new PS5 and Xbox Series X. Both of these new consoles are also backwards compatible, so if you buy it on the Xbox One of PS4 and buy one of the newer consoles down the line, you won’t have to buy it again.