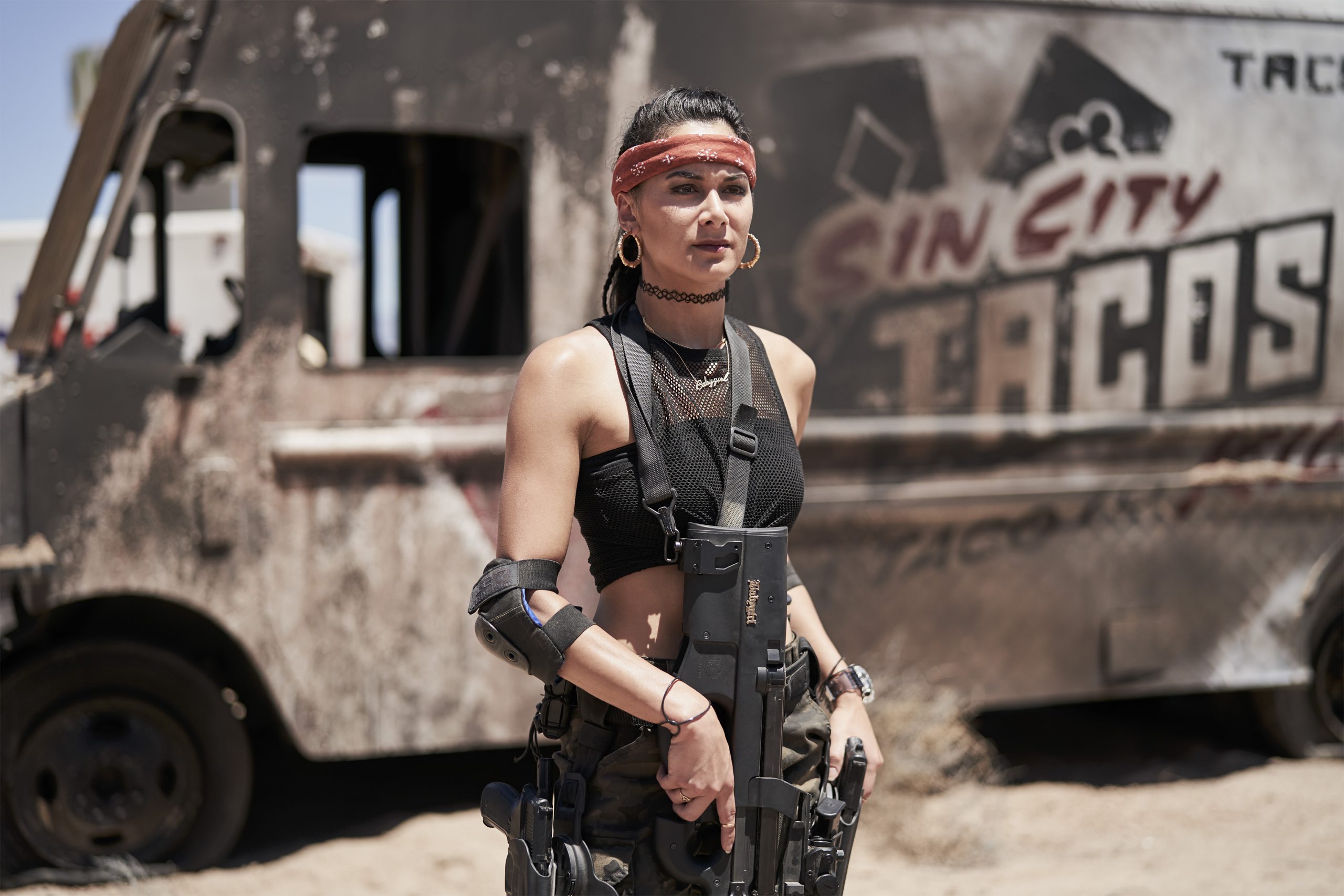 Home Reviews Movies Netflix Review: Is Army Of The Dead Worth Watching?

It’s been a long time since we’ve had a new movie to review, let alone one that brought with it a bit of hype. So imagine my excitement when one came along, staring Dave Bautista, directed by Zack Snyder set in Las Vegas with hordes of zombies crossed with a vault heist storyline. All the ingredients needed from a blockbuster movies to breathe life back into cinema after a year of silence. Unfortunately, Netflix’s Army of the Dead misses the mark completely should have been put out of its misery in a fraction of the time it took to for me to stream the movie. Is it worth streaming this weekend? I’m afraid not.

What Is Army Of The Dead About?

Scott Ward, played by Bautista, is a Zombie War veteran. After Las Vegas is closed off, a casino owner who has already had his insurance pay out on the $200 million in his vault wants to go and get the money he’s claimed against. The problem is Las Vegas has been sealed off after being overrun by zombies and its set to be nuked on the 4th of July as a kind of “Murica” fireworks show we’ve come to expect.

Last week, the first fifteen minutes of the movie were broadcast and it was all very clever marketing. After watching that I was even more hyped about sitting down to watch the full flick. I really wish I stopped after that fifteen minutes.

Is Army Of The Dead Worth Watching?

No. Army of the Dead is one you should skip this weekend.

With a mighty run time of 2.5 hours, I was already checking how long was left about 1.5 hours in. The film is incredibly slow to get going as the director clearly wants to build up some of the stories for the key characters. Which is fine. But unfortunately, it makes clear the order of who is going to die and when. To be honest, seeing how close your guesses are is probably one of the highlights.

Everything up until watching the actual movie promised fast-paced action, with jokes aplenty and even more blood and guts. Somehow, it feels like the Netflix budget got blown on making an extravagant film with the assumption the audience was full of people who have been zombified at home during a pandemic. The story stutters into life after a lengthy first act, but continues to stagger its way towards a climax. I found myself constantly screaming at people who are in a serious time squeeze to get to the chopper. Some may say “but that’s audience participation” or “that’s what the director wanted to achieve”. But it wasn’t. I’m sitting here about to say the silly thing. This zombie movie is unrealistically stupid. All fathomable human nature was left at the door.

I had hoped for a blockbuster to give some sort of entertainment release, but it wasn’t to be had. Bautista in the lead role is one of the few strong performances, but unfortunately, he is surrounded by lackluster acting horrible dialogue and only saved by the odd flurry of impressive action choreography. If you really want to watch a Bautista movie this weekend, hell I’d even say his 2018 movie, Final Score is a stronger showing.

I hate that I’m writing like a pompous movie critic, but the Z-genre is one that is close to my heart and I’ve been left thoroughly crestfallen by what a waste of 2.5 hours this movie was.

What About The Army Of The Dead Zombies?

As a fan of the zombie genre, I will admit that Army of the Dead brings some interesting ideas to the table. There’s a zombie hierarchy in this movie along with plenty of zombies to choose from, including fast, slow, smart and stupid. In fact, the fantastic back story of the zombies and their genuine depth versus other zombies from various movies perhaps even adds to the frustration of how this movie nailed the often missed part and then fumbled the easy to get right part.

I won’t lie, towards the end of the movie, the acting of the living and just their characters in general had left me rooting for the zombies. Mr. Snyder, if that was your goal, fair play to you. You achieved it.

Will There Be An Army Of The Dead 2?

Warning. Army of the Dead spoilers from here on out.

Yes. There will be another movie. In fact, it finished production in December 2020. It’s not a sequel however. This film is called Army of Thieves and it’s a prequel featuring Army of the Dead’s safecracker Ludwig Dieter, played by Matthias Schweighöfer. This movie will focus on his life back before he was a safecracker. How is this going to be a zombie movie? I have no idea. In Army of the Dead, Dieter clearly has never encountered or killed a zombie before so maybe we’re looking at the first zombie-free zombie movie.

On the plus side, Dieter is one of the few characters who is rather likeable.

Warning. Absolutely Movie Ruining Army of the Dead spoilers from here on out.

Back to Army of the Dead 2 though. It’s absolutely been left wide open for a sequel. While nearly all of the cast died, Vanderohe has survived with all the money and manages to blag a flight to New Mexico. But wait, uh oh – he’s been bitten and is about to land into one of the world’s most densely populated areas.

There’s also reference made to zombies who dried out in the desert that only come back to life when it rains. Nothing else during the whole movie comes back to this point. I can only imagine that it’s something we’ll come back to again in a later movie.

All things considered, it’s so unlikely that we won’t get a sequel here, but I can’t help but feel the Army of the Dead franchise should already be getting a bullet between the eyes. It’s a movie that wanted to find a balance between mega-gore, drama, and humour and falls short of hitting the target on any of them.

If I need to find one more positive, this was better than Thunder Force.

Watch: Army of the Dead Trailer