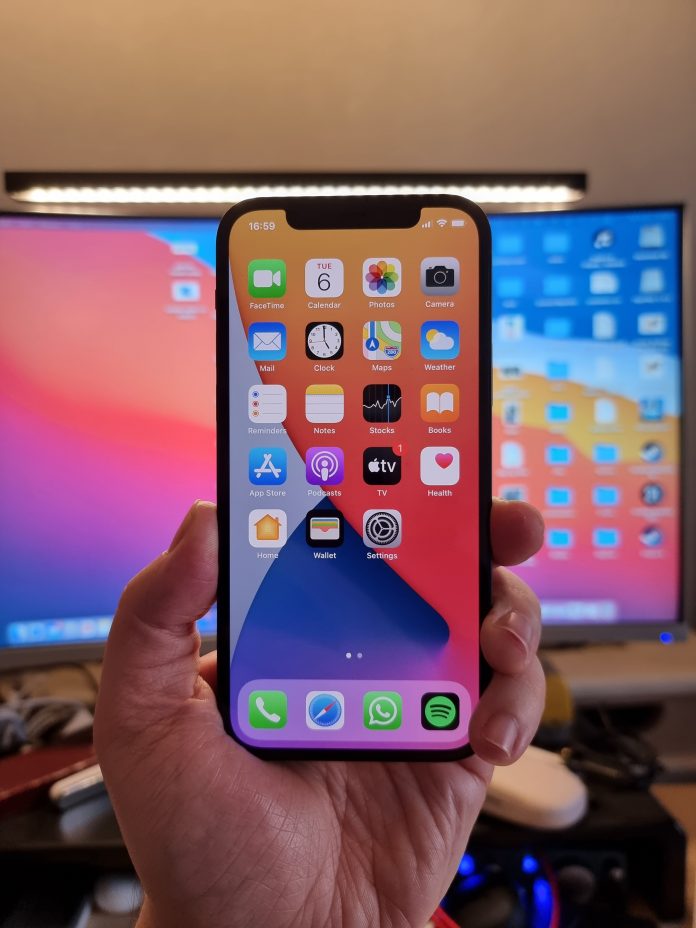 This article as been in the to-do list for a long long time and as I sit down to write it, I’m not even sure why. Refurbished devices are making up a very large proportion of the technology Irish consumers are buying these days. Several gadgets in my armoury are refurbished, the most recent of which is my iPhone 12 which Refurbed.ie sent over for me to have a look at. They had their work cut out for them after years of me slating Apple products as dated. While I was already sold on refurbished products, I’m not even after falling for the iPhone 12, but that’s another days story. First, let’s take a look at refurbed phones and why they’re important.

Do Many People Buy Refurbished Phones?

This is a really simple question to answer. Yes, load. You only need to look at the recent closure of Carphone Warehouse. Upon closing, the company stated one of the primary reasons for shutting their doors was down to customers “changing the way they buy mobile devices […] replacing their handsets less often and buying them separately”. One particularly inviting aspect of buying your own phone is refurbished phones.

My first dip into the refurbished market was my MacBook. I looked at a wide range of options when it came to making that purchase, but Apple made most sense purely based on the machine matching my needs. But the prices were killing me. That’s when I spotted the refurbished section of the Apple website and could just see great value to be had with savings up to 15%.

The saving motivated me back then, but today there’s a lot more to it.

ComReg figures regularly show that there’s more than one phone for every person in Ireland. That’s ridiculous, but makes sense when you think of work phones and the like. While our upgrade cycles have generally slowed in recent years, we still grow out of phones or need to change things up when technology has moved on.

The result is mobile waste with smartphones being one of the biggest contributors to e-waste. In 2020, Ireland had just under five million smartphones sitting in the drawer or bin. These were fully functioning smartphones with no hand to sit in. A truly bizarre scenario for anyone who grew up in a time where meeting someone meant you had to be on time or else there was no way to say you’d be late.

The smartphone has fallen from top spot as hot gadget to completely disposable. We can’t live without it, but the one we loved has a very limited lifespan.

Is Refurbished A Viable Solution

Absolutely. Refurbished products have usually been through stringent testing after thorough refurbishment. Usually, these devices have had one thing wrong with them and had a part swapped out before being sold on. The result is a perfectly functioning phone ends up in your hands instead of in the bin. You save money, we save the world from e-waste. It really is perfect.

Let me give you the two examples of refurbished products I have, both of which are Apple.

As I said, I bought my refurbished MacBook back in 2017. It arrived looking pretty swish. I opened the box and there sat a perfect MacBook. I booted it and from that day one I had a gorgeous and fully functioning MacBook. It came with all the bells and whistles that you’d expect, except I saved myself a small fortune. I can’t remember the exact figures, but today you can still save a couple of hundred euros just by going refurbished.

In the years since I bought my MacBook, I did hit one snag. A couple of letters on the keyboard started to miss strokes. I was slightly concerned given my laptop’s refurbished history, but a quick search online showed that this was a broader MacBook issue. You could have bought a brand spanking new laptop from the Apple Store and hit the exact same problem.

Rather special is the tale of me and my iPhone 12. It’s been a few weeks now since Refurbed.ie sent me an iPhone to quality check their wares. I was skeptical. Not because it was refurbished, but because it was an iPhone. I really disliked iPhone in the past after owning an iPhone 3GS and iPhone 5c. I just didn’t get it. But here I am completely converted and looking like iPhone 12 will be my daily rider until I possibly buy an iPhone 13 Pro.

What have I become.

Anyway, iPhone history aside, what was the Refurbed.ie iPhone like? Well it is immaculate. I couldn’t believe what I was seeing to be honest. The phone itself was as if brand new. Not a single scratch on it, which is pretty impressive because iPhones are not famously robust.

I put the phone through its paces too. There are several apps that will let you test all the key features of a phone like screen responsiveness and internal various sensors. The iPhone itself actually tells you what the battery condition is like. My Refurbed iPhone 12 was at 100% battery health. It was all positive and I’ve since bought a case to make this relationship complete. My new phone is and iPhone, like my MacBook, refurbished.

I get that this might read like an infomercial, but I appreciate what Refurbed.ie did here. I’ve been looking to review iPhone for years but Apple doesn’t like to work with neo-media outlets. Now I get to review the iPhone 12 and see just how far iPhone has come. It’s a privacy beast which, given my decision to leave the good ship WhatsApp and Facebook, is a massive selling point for me.

But refurbished phones are growing in appeal with an ever increasing demand for high quality devices that have been through testing and cleaning up. This is what Refurbed.ie does.

Refurbed.ie opened shop here shortly after Brexit. The company spotted that there was a limited supply of these in-demand high quality refurbished smartphones. The Refurbed service offers 120 of the top-selling devices in Ireland with plans to expand their ranging further in the coming months.

While got to play with an iPhone 12, the full potential catalogue they could offer is huge, offering smartphones, laptops and tablets from top big brands like Apple, Samsung, Dell, Lenovo and Huawei. Just as Carphone Warehouse highlighted as the cause of their demise, Refurbed made the decision to expand into Ireland following an obvious increase from the Irish consumers in the demand for more environmentally conscious, and more affordable alternative solutions to buying electronics.

So we know that refurbishing tech can help your pocket, but it also helps the planet by reducing e-waste. First of all, the refurbishment process produces 70% less CO2 than manufacturing a new device. Refurbed plants a tree for every product sold and is a proud CO2-negative and environmentally positive organisation. This means that all Refurbed devices are 100% more sustainable than new devices.

And this does matter. A recent survey by the company found 73% Irish consumers would consider buying a refurbished or second-hand electronic device if it reduced their carbon footprint. Just like me and my MacBook, buying refurbished in the past was about price with 54% saying product affordability was the main reason they bought. Now, sustainability is a massive driving factor, particularly amongst 18-22 year-olds where 88% said they were conscious of their carbon footprint and the impact buying refurbished would have on that.

Right now, you can buy a “Like New” iPhone 12 from Refurbed.ie for €881. New from Apple, the iPhone 12 would set you back €929. Of course, that’s not like for like given one is refurbished, but considering I’m looking at one on my desk here and it’s flawless, it’s €50 I’d rather have in my pocket.

It’s a yes from me. iPhone 12 is the most extreme example I could have gone for. Naturally, the younger a phone is the fewer refurbished models. Prices will stay pretty high as a result but I know that’s €50 I’d rather have in my pocket than Apple’s. However, Refurbed.ie has a massive range of products with this particular iPhone being the most in demand product they have right now. For me, this means if you’re about to go buying a phone, you’d be mad to not check their website.

I’m also more at ease about this recommendation when I look at their Trust Pilot page, resulting in a whopper 4.6 out of 5.

If you’re in the market for a new phone and considering second-hand or refurbished, definitely check out what Refurbed.ie has to offer.

I’ll be reviewing the iPhone 12 in-depth really soon but as you might gather, it’s going to be very positive.