Home Reviews Movies Is The Suicide Squad Worth Watching? 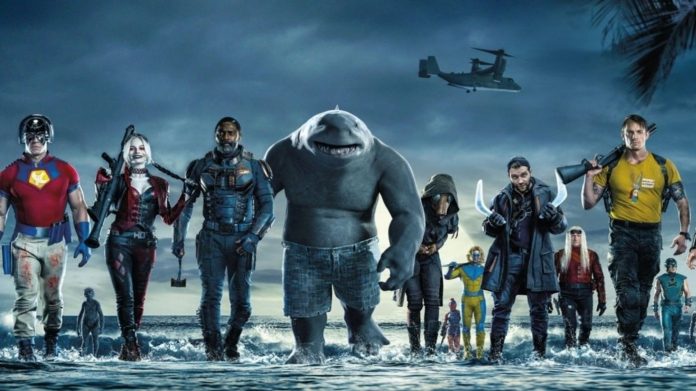 Is it a sequel? Is this Hollywood admitting the first movie was so bad that we should just quietly accept it never happened? There’s a new Suicide Squad movie out. We’ve given it a gander to see if it’s worth watching.

What Is The Suicide Squad Movie About?

In short, The Suicide Squad is the follow-up movie to Suicide Squad, a 2016 movie with only a “the” in the difference. Well, a “the” and the fact this 2021 movie is a million times better. Both centre on the same “anti-hero” premise. A prison full of bad guys and gals are given the opportunity to undertake a mission. Success means a shorter sentence, failure means death.

That’s kind of where the comparisons between the two movies need to stop. The 2016 entry was awful, despite having Will Smith. The 2021 movie is great despite a lack of Will Smith.

This new Suicide Squad movie is all about a mission to the fictional island of Corto Maltese. A military coup causes the American Government some problems. Also, there’s a research facility that houses a giant alien starfish found in space. Yeah, sounds wild right? Anyway, the US Government sends in the Suicide Squad to blow the lot up. Havoc and comedy ensue. That’s pretty much the script. Oh, also. There’s copious amounts of violence. It’s at the very least on par with Deadpool.

The characters are genuinely brilliant. You can tell that the first movie was probably nearly finished by the time Dead Pool blew the anti-hero genre up but this new one forms most of the dialogue with tongue firmly in cheek. I’m not going to spoil anything, but in addition to Margot Robbie returning as Harley Quinn, we also get Sylvester Stallone as a shark and John Cena as Peacemaker. Idris Elba shows why he’s got the power to lead any movie. Honestly, I love them all.

Is The Suicide Squad Worth Watching?

The Suicide Squad takes itself just about seriously enough to be a brilliant watch.

The first movie was forgettable. In fact the only memorable thing about it was that watching it was regrettable. With a run time of over 210 minutes, a lot of people won’t be brave enough to invest time in The Suicide Squad. But remember. This was directed by James Gunn after he was kicked out of Disney/Marvel and before they brought him back.

He’s a great director for this genre. This entire film is a melting pot of Deadpool and Guardians of the Galaxy style action with a healthy dash of comedy. The entire movie flew by and I found myself laughing a lot. That’s where this kind of movie needs to sit. So if you felt the original Suicide Squad let you down, do give this one a shot. I don’t think you’ll regret it.

Where To Watch The Suicide Squad

All of those “proper critics” are focused on how much money this movie is going to make. Naturally, we’re still in a pandemic so that’s going to be impacted. Still, The Suicide Squad is the big movie in cinema right now. Well, that and Jungle Cruise which is also awesome. You can go to the cinema to watch this in Ireland but understandably, that might not seem all that appealing.

The Suicide Squad has also been released on HBO Max but that streaming service isn’t available in Ireland. Sorry. Your choices are cinema or wait for general release. Unless you’re wise to the way of the VPN of course.

On the fence? Let’s see if that trailer does the business.