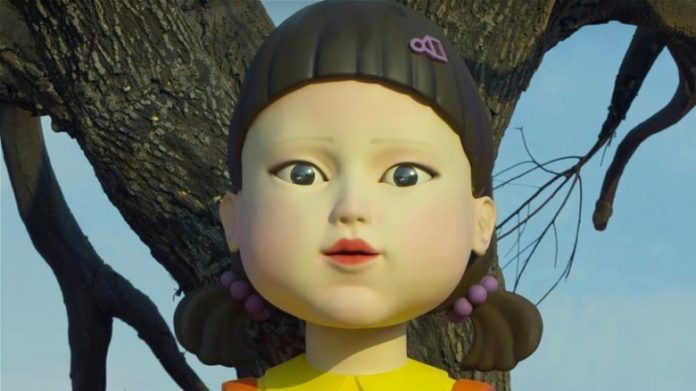 It’s hard to tell if Squid Game is being recommended to all Netflix customers or it just got fired up by my own recommendation algorithm. I’ve watched the first few episodes and I’ve seen enough to recommend it. For me, it’s the movie Hostel meeting TV show Takeshi’s Castle. If you find yourself looking for an interesting whacky series to watch, this is it.

What Is Squid Game About?

I think my description of Hostel meets Takeshi’s Castle is so damn on the money here. Squid Game is a South Korean TV series about a mysterious survival competition. 456 degenerates who’ve worked themselves into massive debt are invited to play a series of games to win 45.6 billion Won – about €33 million.

The games are based on traditional South Korean children’s games, but they all have a deadly twist.

Mild spoiler ahead for episode one.

For example, the first episode has a game called “red light, green light”. Normally in this game, someone says “green light”, allowing players to move. They can continue to move until the words “red light” are said. Anyone who moves after this point is eliminated. In the kid’s game, that means knocked out. In Squid Game, it means death.

Is Squid Game Worth Watching?

Absolutely. Squid Game is another fine example of how impressive the South Korean entertainment industry is these days. The series threads the needle of humour, entertainment and gore while also offering up a complex commentary on real life. Be warned, while the story is a bit wild and funny at times, the gore is intense. But it’s not just gore for gore sake. There’s some great story underneath all of this.

I’d recommend watching the original in Korean with English subs, but the dubbed version is also great.