Home News Entertainment News PlayStation vs Xbox: Which 2020 Console Should You Buy? 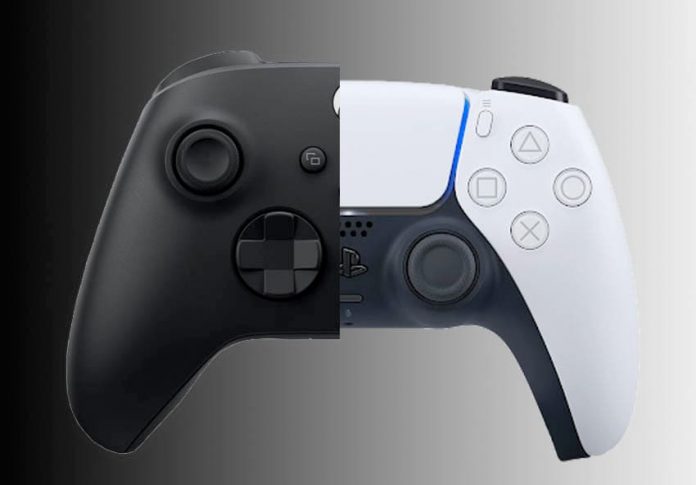 Finally, we have all the pieces of the puzzle. That means we can finally put it all together and pick a new games console. Considering the Xbox One and PlayStation 5 launched over six years ago, this isn’t like a phone purchase. Buying a games console is a commitment for many years. So which one suits you best? Here’s everything you need to know about which games console you should buy in 2020.

What Consoles Are Going On Sale?

Unlike the PS4 and Xbox One, both of these consoles are launching in the same year. Any both companies is actually launching two versions of each console too.

Sony will launch two almost identical consoles. The PlayStation 5 will be the traditional looking primary console and be the more expensive of the two. The second, slightly cheaper console, will just be missing a CD-drive. That’s why it’s donning the name PlayStation 5 Digital Edition. If you live in an area with a really strong internet connection, the Digital Edition makes sense. The CD-drive PS5 makes more sense if you buy games, complete them and then trade them into a shop like CeX or GameStop.

Microsoft will also be launching two totally different consoles. The first is the Xbox Series S. This is the “entry-level” console in their range. This lower-priced console will trim back on visual performance, running games at 1440p at 60fps. It also maxes out at a 512GB SSD hard drive, but both can be expanded to 1TB. Considering the Series S has not disk drive, you may as well expand that memory as soon as you buy.

The Xbox Series X runs 4K at 60fps and has a 4K UHD Blu-ray disk drive. It’s also a chunk of change more expensive but more on that later.

As you can see in both comparison tables, there’s not an insignificant gap in pricing between all options going on sale. Here’s a simple comparison.

The two PlayStations don’t have much between them in terms of hardware and performance. The decision makes more most people choosing between PlayStation consoles will be the internet connection they have at home. If you have fast broadband, the PS5 Digital Edition will be fine. If you’re in a rural area with poor internet connectivity, the disk-drive on the PS5 will be essential. Of course, there are other scenarios where that disk-drive comes in handy. If you’re big into movies your PS5 could be your DVD and Blu-ray player.

When it comes to the Xbox Series X and Series S, there’s a much bigger gulf in the pricing. Both consoles have the same difference as the PlayStation consoles. The Series X comes with a disk-drive while the Series S is digital-only. As you might imagine, the bigger price difference suggests the two Xbox consoles will have more disparity between them than just disk-drives and you’d be right. Graphic performance, processing power and built-in storage all takes a hefty step down alongside the price drop.

There’s going to be a lot of variables that impact your choice of purchase. I can see parents opting for the Xbox Series S but it’s critical that if that’s you, you understand how important a good internet connection is. Also, buying games on a digital-only console means no trade-ins. Trade-ins are a great way for kids to learn the value of their games and they often trade in three games to get one new game back. That’s all gone with digital-only consoles and the long term spending could be much higher.

When it comes to being careful about how much you pay for the console, pay attention to the payment plan option Xbox is launching. Xbox All Access is a 24-month plan where you pay off the console over two years without paying anythig up front. You also get Xbox Game Pass Ultimate and EA Access included. However, you end up paying over the odds over two years. It’s affordable in the short term but just be aware you will end up spending onver €100 on top of the regular retail price.

Which Console Should You Pick?

This really isn’t an easy question to answer. Personally, I’ve been an Xbox One owner for years and have been living that digital-download life for quite some time. I also have Virgin Media’s 1GB broadband so I can download games really quickly. Naturally, that would leave you thinking I’m going to buy myself a new Xbox at least, but no. I’m making the jump to PlayStation 5.

My reasons are quite simple. When I bought my Xbox One, I didn’t really have any gamer mates. Now, I have a few friends with PlayStations so it’s a safe assumption if they upgrade it’ll be to the Sony console. Because I’m used to the digital-download way of life it makes more sense to me to pick up the cheaper PlayStation 5. It’s all the power of next-gen consoles at the best price.

But I can’t stress enough that picking out a console will vary wildly based on your own personal circumstance. Want to ask me a question directly? Find me on Twitter or TikTok and I’ll do my best to help you out.

Which console should I buy if I’m a casual gamer?

If you’re a casual gamer, the Xbox Series S is more than enough. You get to experience next gen gaming at entry level prices. The only exception here is if you have super slow broadband. Then you’ll need a console with a disk-drive. If you don’t want to stretch to the €500 that will cost, it’s a great time to pick up an old Xbox One or PS4.

My internet is slow. Which console is should I buy?

For me, the key here is the disk-drive. A slow internet connection means slow game downloads. You don’t want to miss a game launch because you needed to leave your console downloading overnight do you?

Which console is the best value?

This will change for everyone but for me it’s the PlayStation 5 Digital Edition. It ticks all the boxes of top specs at the right price. However, I do have the internet connection to enjoy it.

Why would I need a disk-drive?

For many people in Ireland, internet speeds are so frustrating that buying physical copies of games is more enjoyable. It also means you can trade the game in when you’re done with it. Also, don’t forget that a games console doubles as a DVD/Blu-ray player when it has a disk-drive.