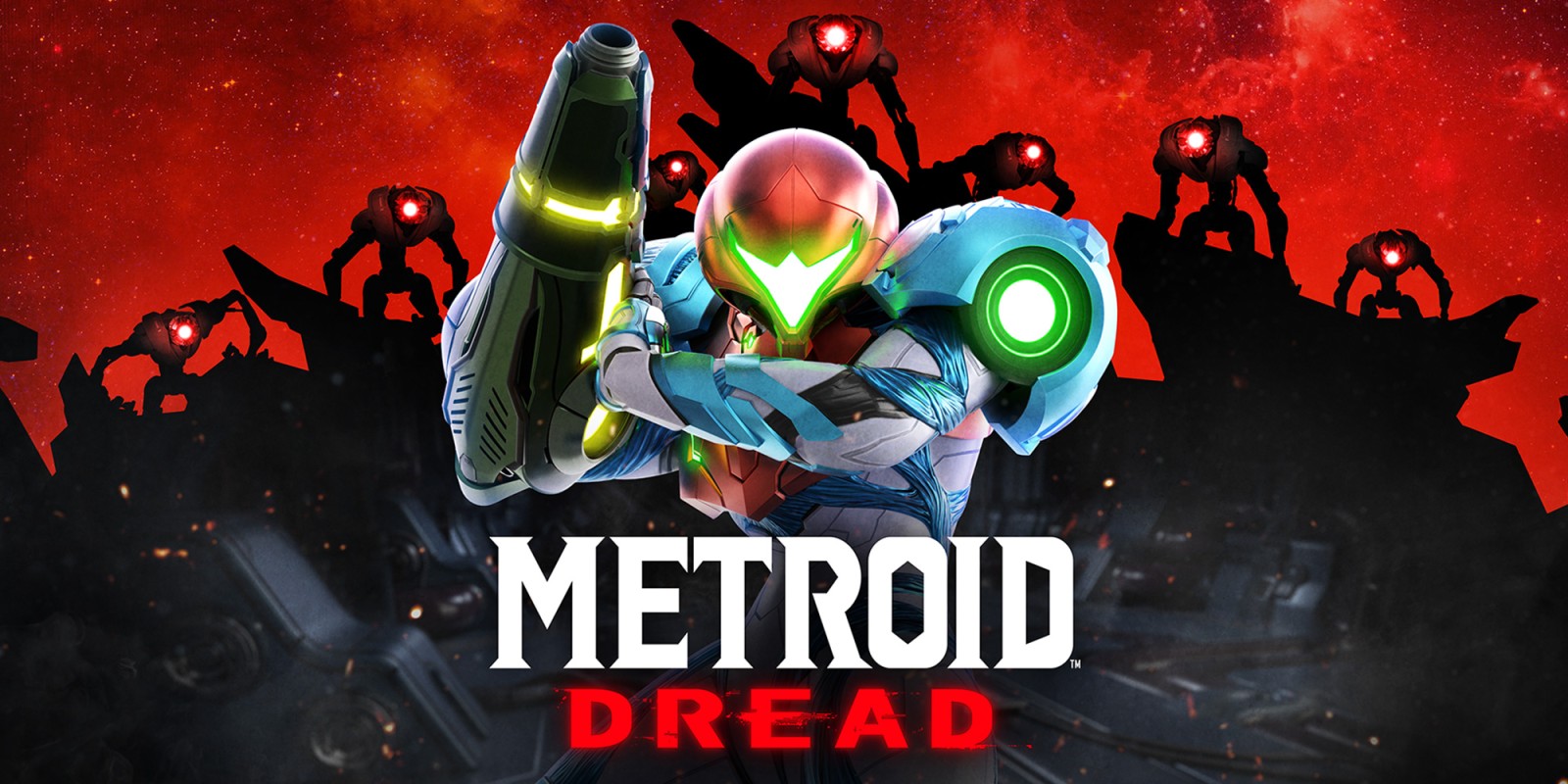 The queen is back! Metroid Dread is finally here and it’s everything we’ve ever wanted from the Metroid-Vania genre. I know I’m a little late in getting around to writing this but there’s one very good explanation for that. I can’t put the game down. I’ve just finished my 5th playthrough in a row and I can honestly say that this is my game of the year, bar none. But what makes it so special? What makes the decade and a half wait so worth it? Well, that’s what I’m here to tell you.

A Long and Winding Road

We first heard about Metroid Dread in 2005 when it was set to be the next 2D Metroid in the franchise (as opposed to the 3D Metroid Prime games) and as a direct follow up to Metroid Fusion on the GameBoy Advance. However, since that day it seems that it was stuck in development hell. It was teased in Metroid Prime 3 on the Wii and it was discussed in interviews and endless articles from Nintendo since. It wasn’t until earlier this year, though, that we got full confirmation that it was happening (for real this time) and that it would be released only a few months. Needless to say, this sent the fanbase into a frenzy of hype. Hype that Nintendo was all too happy to indulge, giving us trailer after trailer after trailer. I bought into the hype just as much as anyone and even brought my Switch with me in the car to work so I could install it after buying it on the drive home. I was ready to jump right in as soon as I crossed the threshold of my apartment.

Once I got past the menu screen, I was greeted with the welcome sight of a recap video for the franchise (remember, it’s been 19 years since the previous entry) before being given free rein to explore Planet ZDR to my heart’s content. Picking up right where Metroid Fusion left off, the Metroids have been all but eradicated from the galaxy along with the organism they were originally created to hunt, the X Parasite. However, a mysterious video of an X in the wild means our heroine, Samus Aran, must travel to the planet ZDR to investigate. In typical Metroid fashion, this is where things go badly for Samus, and she loses most of her abilities and weapons. It’s up to you to exterminate the X, find Samus’ abilities and take down the mysterious enemy that seems to be behind everything. That’s it. That’s the plot. Simple, effective, and not something you need to think too hard about. While there is a deeper story that connects to the deeper lore of Metroid, there’s absolutely no barrier for entry here.

How does it Feel?

All the plot and backstory, however, is mere set-dressing for the real star of the show, the gameplay. Oh, the gameplay. This is the best the Metroid franchise has ever felt, and I will not be accepting any arguments on that. Samus is fast, nimble and moves exactly how you want her to. The timing windows for things like wall-jumps and space-jumps are just wide enough that you never feel under pressure to perform them perfectly but still need some amount of skill to pull off. All of Samus’ old techniques from storm missiles to the morph ball have been dialed in to feel the best they’ve ever felt. There are even some new additions to Samus’ movement arsenal that really modernise the game and bring it into the 21st century proper. Samus can now slide under narrow gaps, perform melee attacks to stun enemies (first seen in Samus Returns, the remake of Metroid 2) and she can now even vault over small ledges. That’s right, you no longer have to jump to get over an ankle-high wall. What a revelation!

This would be the part where I’d usually offer some kind of criticism of an aspect of the gameplay that didn’t really work for me, but I really can’t do that here. This game plays like a dream and I can’t think of a single way to improve it from a control perspective. Maybe change the button mapping for storm-missiles but that’s a minor nit-pick at worst!

How is it Presented?

In addition to the gameplay, I think this is the best version of Samus we’ve ever seen from a character and personality perspective. She is fearless, she’s confident and if you ever wondered if someone could show absolute disgust or contempt for something without being able to see their face, take a look at some of the cutscenes in this game because it’s clear that Samus hates some of the villains here. Clearly, Samus has recovered from the character-assassination she suffered in Other M (the game that we don’t talk about).

The design of the world and Samus’ suits are top-notch as well. From the clean sterile environments of the Computer labs to the wild, forested areas later in the game there’s a lot of variety here. The Varia and Gravity suits that you acquire throughout the game look excellent as well with fresh designs for the modern era of Metroid.

The game does an excellent job in guiding players as well. If you’re new to the franchise you have no need to worry about getting lost or overwhelmed at any time. The environments will always funnel you towards your next objective or they’ll make it painfully obvious that you need to use the ability you just gained to get yourself out of a sticky situation or room. Don’t listen to what grumpy old men say, this game is as beginner-friendly as it gets.

It can’t all be good, right?

If I had any criticism of the game, I’d say that it opens up a bit too late. In all 2D Metroid games, you’re usually given carte-blanche to explore the different levels to your heart’s content. This is essential for finding health upgrades, extra ammo capacity, and nice little titbits of lore. In Dread, however, it keeps you in an enclosed space almost right up until the very end. While there is a lot of exploration to be done at any time it can be a little frustrating knowing that there’s an upgrade on the other side of the map that you have the necessary upgrade to reach, but you’re being restricted by some other part of the game.

Secondly, it’s possible to earn artwork representing some of the games in the franchise depending on how quickly you finish the game, and on what difficulty. Following one of my playthroughs I set about trying to finish the game on hard mode within 8 hours so I’d unlock the second-highest tier reward (the top is finishing in under 4 hours!). Now I thought I’d unlock everything up to the second-best reward and I could call that a day. Not so. I unlocked the rewards for hard mode, but not the rewards for easy mode. Meaning that if you want everything you have to play the game through in under four hours on normal mode, then again on hard mode. This is a tiny point but it’s one that stuck out to me.

Overall, I cannot recommend Metroid Dread enough. It’s not hard to see why this franchise continues to be the apex of its genre. Whether you’re a long-time fan or a series newbie this is one of the best Switch games out there right now and you’d be doing yourself a disservice if you didn’t pick it up. Now if someone could just remake Castlevania Symphony of the Night we’d be set!