Looking for the OnePlus 7T release date and rumours?

Earlier today, OnePlus unveiled their newest flagship phone, the OnePlus 7 Pro. And it could very well revive their old title as “The Flagship Killer”. Back when OnePlus entered the handheld device race back in 2014, their main goal was to provide premium handsets at competitive price points. Although they may not be as popular as iPhones, Samsungs and as of the past couple of years, Huawei’s, they haven’t let that stop them from taking on the big boys of the industry.

OnePlus have slowly grown in popularity year on year. And now, with their new edge to edge display, tiny bezels, and a very tempting price point, OnePlus could once again become a flagship killer. Their first three models were advertised as such, however, as technology advanced, setting competitive prices became more and more challenging. This year, it looks like they are going back to their roots. 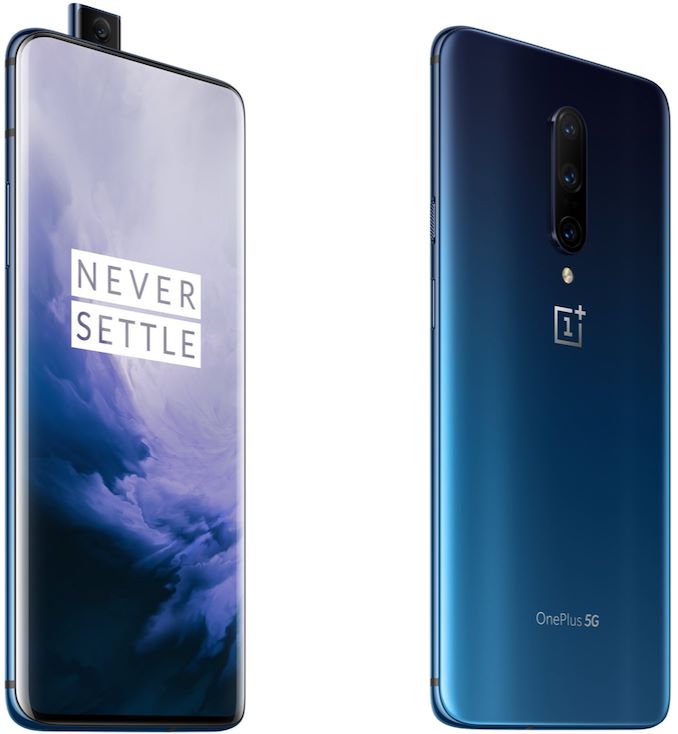 To put it into perspective, the new Samsung Galaxy S10 Plus sim free in Ireland will set you back €909 for a sim free model. The new Huawei P30 Pro will cost an eye-watering €949 for the sim free model. The Apple iPhone XS Max will set you back, a rather scandalous, €1279. And that’s for its cheapest model. The brand new OnePlus 7 Pro with all the works will only cost you (a reported) €700. Now we don’t want to be getting all high and mighty here at Goosed. We appreciate that €700 is still a lot of money, but being over €200 cheaper than its nearest competitor is amazing value for money.

So let’s see what you get for all that cash.

The display is the real selling point for the OnePlus 7 Pro. It sports a stunning edge-to-edge 6.67 inch AMOLED display with minuscule bezels on the top and bottom, thanks to the hidden selfie camera (more on that later). For the first time, we now get a QHD+ resolution with a 90Hz refresh rate. So gaming will be even more seamless compared to competitors, all of whom offer 60Hz. It really is something you would need to experience in person to fully appreciate. And thanks to the lack of notch or punch hole to house a camera, you get a tall 19.5:9 aspect ratio. All of this is protecting by Corning Gorilla Glass, as standard on most smartphones these days.

Keeping with the common theme of security this year, you get an in-display fingerprint scanner. Although its reliability has yet to be tested in the real world.

The OnePlus 7 Pro camera has gotten a big upgrade on its predecessor. Featuring a triple camera, both the 7 and the 7 Pro come kitted out with a Sony IMX586 48MP shooter with optical image stabilisation. Although it comes with a slightly darker aperture of 1.6 versus the 1.7 the 6T came with. But this matches up with the P30 pro’s 1.6 aperture and is brighter than S10 Plus’s 1.5. But the processing works differently to other camera manufacturers. The phone takes the image on a 48MP sensor but produces a 12MP final image.

The second camera offers and Ultra-wide camera rather than a telephoto, but it offers a 2.2 aperture and although it doesn’t have OIS, it does have auto-focus. This Ultra-wide camera provides a 117-degree field of view and has a 3x zoom. Which is decent, but doesn’t measure up to the groundbreaking camera on the P30 Pro which offers 120 degrees.

It also has the option of an 8MP camera on the ultra-wide camera, however, these images come with a considerable amount of noise and just don’t measure up to the competition. But to the average Joe, this would barely be noticeable. And with HDR automatically turned on, you’ll get the best each camera can offer. 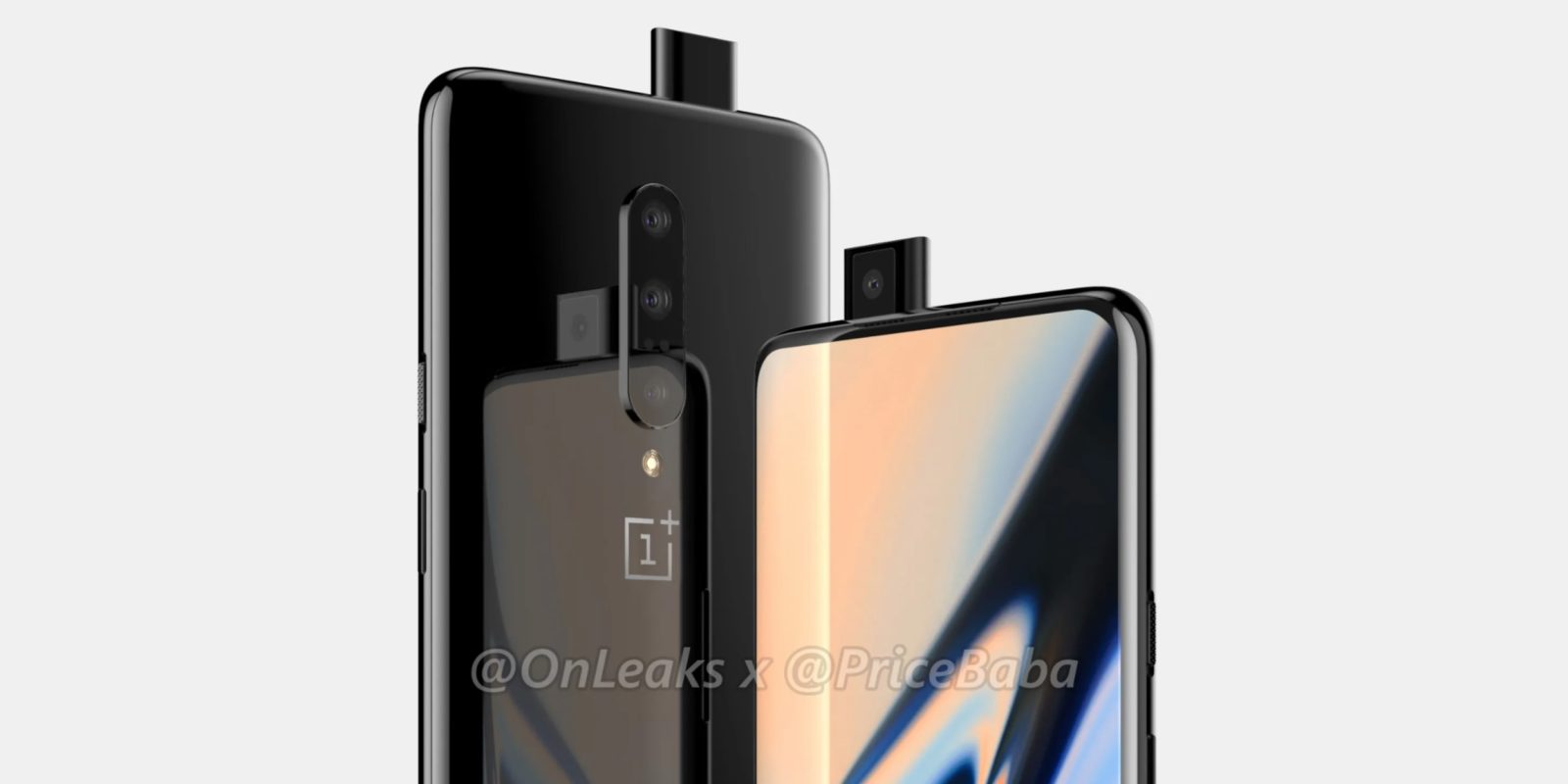 The selfie camera is unique, in a way most other manufacturers have not yet dabbled with. In order to offer an almost inexistent top bezel, the selfie camera pops up from the top of your device. Due to the number of sensors most smartphones have these days on the top bezel, a lot of companies haven’t opted for this option. The 16 MP camera itself is fairly similar to the 6T in terms of quality. In low light conditions though, it creates a lot of noise. Not ideal for nights out where, let’s be honest, is when most selfie cameras get used. The pop-up mechanism comes with a drop sensor, so if, no… when you drop it, the camera snaps shut so as not to break it.

when you drop it, the camera snaps shut so as not to break it

The video camera on board is impressive. With 4K video shooting at 60 fps, 1080 at up 240 fps and 720 at up to 480 fps, there’s no shortage of options. Unfortunately, it does not offer wide-angle video recording.

How does it measure up

Look, the OnePlus 7 pro isn’t the best smartphone on the market. And at the price you can get it at, you’d be naive to think it could be. But considering it’s half the price of the iPhone XS Max, it’s definitely better value.

Compared to the S10 Max, although it doesn’t measure up camera wise and we have yet to properly test it, for 200 quid cheaper, it’s could definitely go either way.

The Huawei P30 Pro is arguably still the best phone on the market today. If it’s photography you’re after, the P30 Pro wins out. But if it’s the price you’re looking at, you’re still getting an awesome phone in the OnePlus 7 Pro.

And if you’re not into big phones, the processor and camera in the standard 7 are the same as the pro and will likely be 100 bucks cheaper. Is it a flagship killer? Maybe not. But regardless of what you’re after in a smartphone, the OnePlus 7 beats all competition in value for money.

And you can pre-order it here on three.ie. The OnePlus 7 Pro will set you back €219 on Three’s €60 per month plan. You can also pre-order directly from OnePlus and get a SIM-free version for €699.