No point denying it, this guy right here is a bit of a Sony fan. Recently I wrote about the new upcoming lineup that is covering each price point, including the mid-range entry, the Sony Xperia 10. With the Xperia 1 catering for the top end, the Xperia 10, hitting the middle ground, the question remains, what’s available in the budget category? Enter the Sony Xperia L3, a bargain bin smartphone with a performance unlike what you would expect for the price.

Let’s start with the design. The Sony Xperia L3 boats and all plastic body and at first glance, it does look more expensive than the €200 price suggests. However, it doesn’t feel high end once you get your hands on it.

I’m not going against the grain here in saying this, Sony held back the budget for under the hood, so even though the phone might certainly not look cheap, the rear plastic back feels it. I have been testing the Xperia 10 and L3 side by side and what I’ve noticed is the attention to maximising user comfort with their new shape is clearly evident in the more expensive model (which is of course understandable). However, it has a fancy finish that tricks the eyes, if not your fingers.

The Xperia L3 is a little smaller than the other handsets in the range, which is traditionally a good thing for those who wouldn’t be big phone fans. It fits easily in the pocket and it’s super easy to use. People might be quick to compare with the Moto G7 Play and while they are quite similar, I find the size and shape of the Xperia L3 just fits nicely in your hand.

The fingerprint pad itself isn’t the fastest around but does work from a screen-off state with simple finger contact. Overall the design won’t blow you away, as is normally the case with budget phones, but overall the Sony L3 has a nice form, it’s smaller and lighter than the competition and once you get your head around the separated power and fingerprint scanners, for €200 it’s a fine phone.

Unlike the remaining phones in the Sony range, the L3 is fitted with an edge to edge 18:9 display, coated in Gorilla Glass 5. It’s reasonably slim with a small bezel above and below the screen. Straight off the notice, this ain’t no high-resolution display, nor should you expect that at below 200 beans. What matters is it looks nice for the price and it does.

The screen comes in at 5.7″ with a 1440 x 720 pixel LCD screen. It’s an 18:9 aspect display, similar to what most notched phones would have if you chopped off their notch area. As mentioned, this isn’t HD like any phone under the €200 mark and whether you will even notice this or not really depends on what phone you are coming from. For example, my daily runner is the Google Pixel 3XL so I would notice right away but if you were coming from anything else mid to low end then all g, no issues here. What’s clever here like a lot of recent 720-pixel displays is how quickly you adjust to the lower pixel density. Maybe it’s black magic, maybe it’s tech or maybe it’s just me but there you go.

The Xperia L3 doesn’t exactly have the best screen in its range and on bright days the on-screen image struggles against reflections. Colour and contrast are fine, again no problems. But if you want to watch something on a sunny day then you might want to stay in the shade.

Moving onto the camera, the Xperia L3 is fitted with a dual camera on the rear. The standard lens is a 13-mp supported by a 2-mp depth-sensing unit, commonly used for the bokeh effect shots. In the front, we have an 8-mp “selfie” camera that sits centrally above the screen. I managed to find out that it’s complete face-smoothing beauty mode…that doesn’t work on me, see before hungover Jon Vs”beauty” Jon: 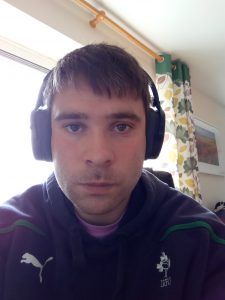 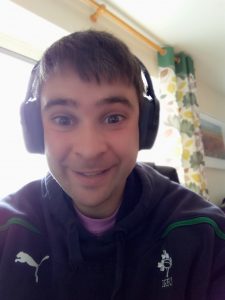 The L3’s daylight pics are sharp and really good for such a budget phone. It does a good job at capturing detail-rich images with great colour and Sony’s processing algorithms do seem to do well with detail capture over smoothness and noise reduction. Probably unsurprising given that it’s Sony but it even does quite well in low-light, especially given the price.

Here’s where I get picky, I think the Xperia L3 software could have been better. Going through the camera settings such as exposure and colour temperature, the sliders aren’t labelled so things can get a wee bit fiddly. No major crisis.

The phone is capable of recording video at a maximum resolution of 1080p but there is no motion smoothing or stabilization in place so footage won’t exactly look smooth. Again, it needs to be said that’s a lot to ask for in a phone of this price. The camera handles very well for sub €200, I just think a couple of little tweaks here and there, it could have been top of the class in this price point.

While the Sony Xperia L3 isn’t pulling up any trees, the battery life for the price is exceptional. The 3300mAh battery is actually bigger than the one in the more expensive Xperia 10 and unlike the bigger brother, I reckon you can go through your day safe in the knowledge that it will make it to the night before you need a recharge. I was messing around with the auld YouTube and I discovered that an hour of going down that rabbit hole burns around 10-15% battery so by that metric of heavy usage the battery should last about 9 hours. Handy that.

Sony says the Xperia L3 supports Adaptive fast charging, but our phone did not come with a fast charger. And yours probably won’t either. If you’re likely to charge your phone overnight anyway, this isn’t necessarily a big loss. The phone has a USB-C for charging, so at least its plug isn’t as dated as its software. Very impressed by the bang for the buck this battery returns.

We aren't just at the #dts19 this week. Our man @harrisonjon is going to be getting to grips with not 1 but 2 new @sonyxperiaie phones over the couple of weeks. How will they stack up? You'll have to wait for the full review 😜 #sony #sonyxperial3 #sonyxperia10 #tech #smartphone #handson

The Sony Xperia L3 comes with the a Helio P22 platform (equivalent to Qualcomm Snapdragon 450) and 3GB of RAM, a slight downgrade from the Xperia 1, but expected. The storage space is adequate with 32 of memory- and there is microSD support for storage expansion up to 512GB.

Overall I found the performance to be quite good and the day to day performance was reasonable for the pricing. Little jittery at times if you had too many apps open but again just clear of your stuff, it saves battery and performance.

As with the Xperia 10, the Sony Xperia L3 is fitted with the 3.5mm headphone jack and the sound quality is best described as grand, Sony traditionally do good audio so their entry-level model was always going to do alright.

Finally, gaming performance is still fine for the price. You can play most high-end Android games perfectly.

The Xperia L3 runs Android Oreo and as mentioned in the Xperia 10 article, Sony has reduced their bloatware massively in recent years which is great for the operation of the phone.

Sony just applies a few light touches here are there, but it’s much more subtle than many other manufacturers. The result is a simple, uncluttered layout that some might think as basic, but we say it does a good job of getting out of the way and letting the user operate the phone without complication.

Unlike the higher models, we don’t get the fancy extras like SideSense but overall you get a pretty standard Android experience. It’s a good, clean experience with gestures at the button and Google Assistant on board, as you would expect.

The Sony Xperia L3 is certainly not groundbreaking or anything but it gets the basics right on a budget. Excuse me for using a sporting reference here but for me, the Sony L3 is a bit of a Lee Carsley, cheap, solid and will never let you down.

For teenagers, people starting out with a smartphone and social media enthusiasts this phone will do the job without any frills or thrills. The L3 offers a fine balance of usability and price, making it a solid choice for those on a budget or aren’t too bothered about having something high end. Long and short of it, if you have the extra €100 to spend by the Xperia 10 and if you don’t want to pay more then this Sony Xperia L3 could be the phone for you.