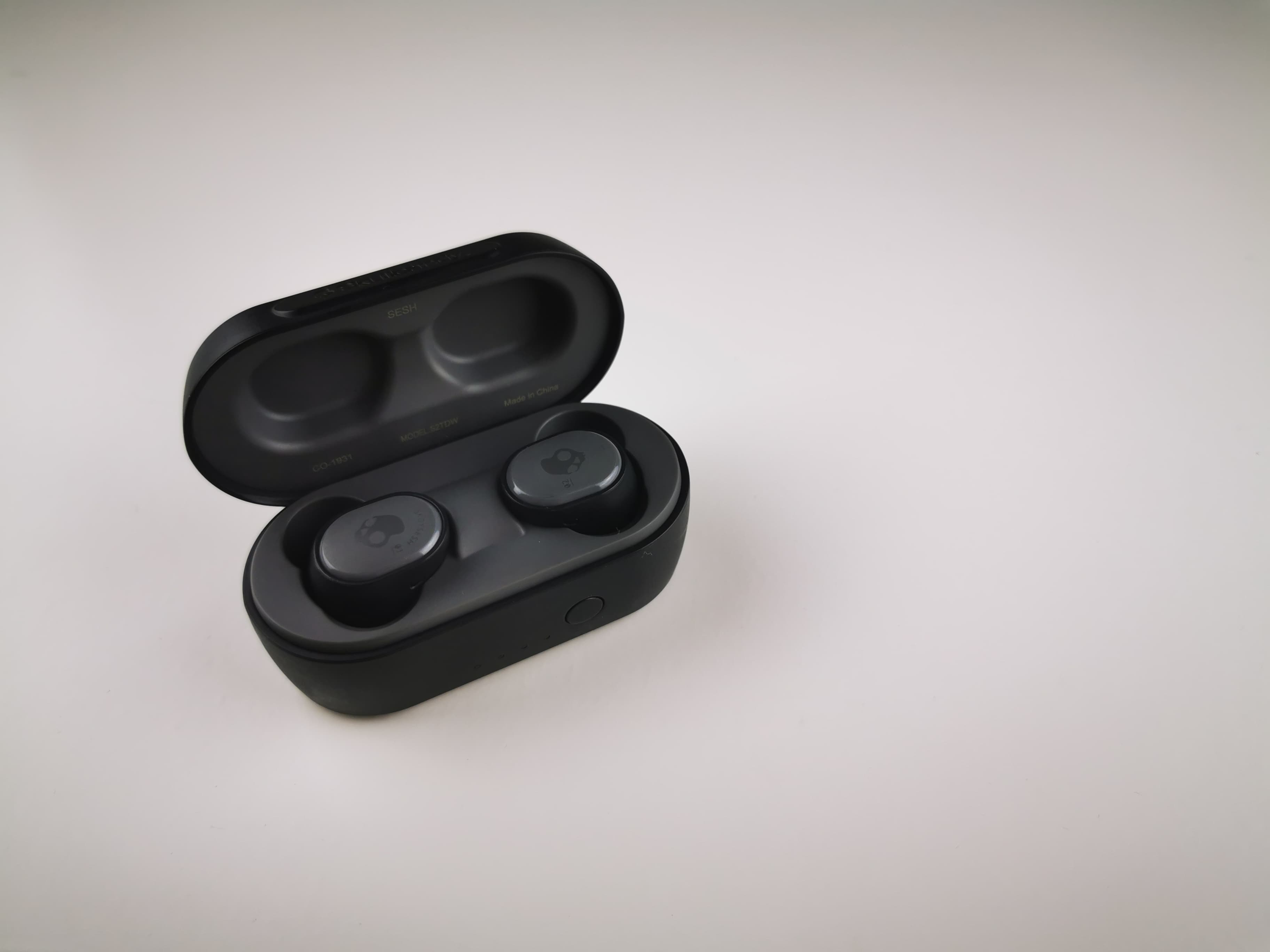 I think it’s audio that best shows off how fast technology is moving these days. It felt like only yesterday that earbuds were a new idea as we laughed off Apple’s AirPod hitting the market. Less than three years later, and truly wireless audio is a massive revenue driver for tech’s heavy hitters. Skullcandy, a favourite brand here at Goosed Tower recently launched the Skullcandy Sesh truly wireless earbuds and we picked up a pair at IFA Berlin to test out.

Truly Wireless Buds on a Budget

Truly wireless earbuds really are all the rage these days. So far, I’ve tested out the Soundcore Liberty Air, Jabra 65t Elite and an interesting budget pair of buds from Enod. Jon has test-driven the Skullcandy Indy buds and even Amazon is moving into the buds space and closer to home, just around the corner are the new Huawei FreeBuds 3 which should be on shelves in Ireland before Christmas.

The Huawei buds will likely be next-level quality, coming at a next level price. This is what blew me away when I got to test out the Skullcandy Sesh. For €59.99 in Irish shops, you get a pair of buds which, even without noise cancelling of any kind, offer great ambient sound suppression and decent playback audio quality too. Sure, if you’re watching some videos, you may notice the slightest lag, but I’ve tested much more expensive earbuds with lag which rendered watching video nigh on impossible.

The Skullcandy Sesh performed admirably for me across several testing environments, including an aeroplane and busy office environment.

If the audio quality isn’t there, they’d be dead in the water. Thankfully, the Skullcandy Sesh deliver an above-average audio experience.

I really don’t want that to sound like a negative, because for me, Skullcandy has achieved something incredible with their truly wireless Sesh earbuds. Why? Because I keep coming back to the price. 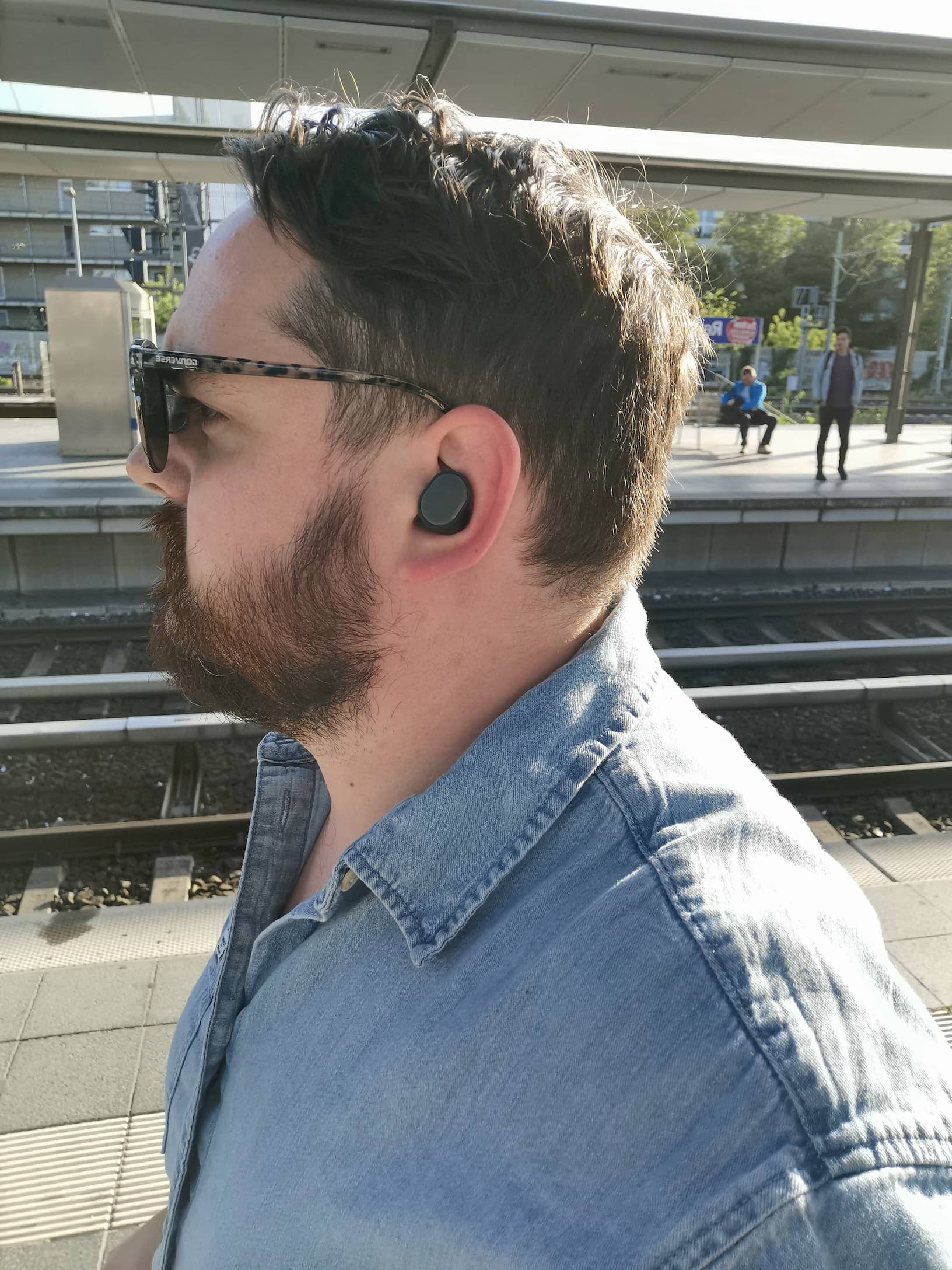 I was left wanting for very little when testing out the Sesh earbuds. The buds were never going to blow me away with a best-in-class audiological experience, but they far outperformed what I’d expected when I saw how much these were worth. If you’re an audiophile, I’m sure you could pick these apart much more than I could. If you’re a casual Spotify streamer looking for a decent set of buds, look no further.

This is one area which the Sesh, like many truly wireless buds, falls down. Call quality is pretty poor. For me, buds should cater to my need for seamlessly picking up a call when I’m listening to a few tunes. Buds, because of their design in general, result in the mic being quite a distance from your mouth. This is why calls are generally hard anyway.

I’m afraid, Skullcandy didn’t do anything to nail improving the situation here with the Sesh as call quality was a letdown. If calls are your thing, it might be best if you check out the, admittedly more expensive, Jabra 65t Elite.

In terms of design, the most important thing for earbuds is comfort. Comfort means many things, but ear fatigue and likelihood to have an earbud slip out of your ear are the two most important comfort factors for me.

I will admit, an earbud popped out on me once. The situation was so funny, I refuse to consider it a negative:

God, I forgot about the awkward moment my ear bud fell out on the flight yesterday and landed on a sleeping passengers crotch. I'm grateful he woke up. pic.twitter.com/9BUET212v7

That is honestly a true story. Awkward.

Again, I feel, as funny as that story is, that it paints a negative picture. The Skullcandy Sesh do feel comfortable and secure in my ear, even when being fairly active.

On the note of ear fatigue, I had no issues at all. The Sesh buds are quite light which helps. Another thing lending to ear fatigue not being a problem, is the battery life.

The battery in these buds will not suit your needs if you want a pair of buds to run for hours and hours. You’ll get just three hours from the buds themselves and a further eight hours from the carry case. I’ve never found myself in a situation where I leave in my buds that long. For me, buds are for working out or short stints in the office. Anything longer than two hours, especially long trips, will see my pull out something like my Bose QC35 II noise-cancelling cans.

The Skullcandy Sesh do generally look their pricetag. I’m not going to rip into them too much for that because I care more about sound than looks, but it’s important to manage your expectations here.

The charge case is proper cheap plastic. Just a few weeks into owning a set of these buds and mine have seen better days; the first days. The buds themselves, while comfortable, aren’t anything special at all to look at. I’m sure for many, that’s grand. Unless you like wearing Apple AirPods just because you want the world to know you’re wearing an Apple product.

One thing worth noting is the on-bud controls for volume, playback and smart assistants is brilliant. Having an actual physical button instead of a capacitive touch area is rather reassuring when you need to control your playback.

If I really had to find a negative, it would be the fact Skullcandy seem to be clearing out the last of their micro-USB ports. I’ve noticed that nearly all of my gadgets are USB-C these days but I do still need to carry an old cable with me for one or two items. The sooner everything is USB-C the better!

Poor connectivity can drive just as much negativity as poor sound quality. The Sesh were largely delivering a consistent connection, largely down to the Bluetooth 5.0 technology. I did have a few hairy moments when surrounded by large crowds, particularly if the battery in my buds was a little to close to being empty.

If you’re after a decent pair of buds for casual listening and don’t want to break the bank, look no further than the Skullcandy Sesh. They’ve got form when it comes to making great audio accessories that don’t break the bank.

We’ve found the cheapest price for the Skullcandy Sesh truly wireless buds using PriceSpy, who’ve pointed towards €59.99 in Argos. You could save about €3 if you shop on Amazon.co.uk but maybe wait and see what happens with the Pound to see if it is more worth your while later this month!