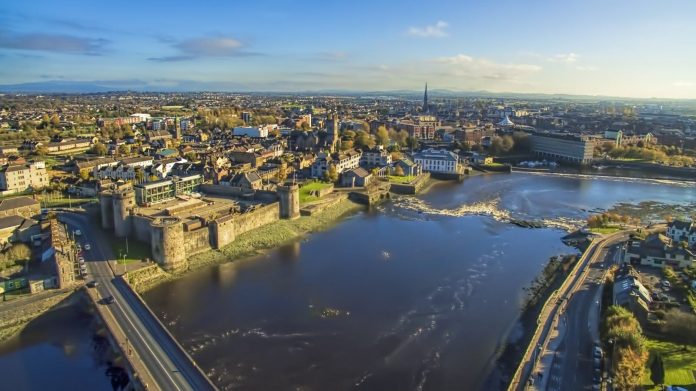 They call it “The Treaty County”. It’s a gorgeous place, home to one of Ireland’s most impressive sprawling University Campuses and an envious location where you’re only ever a short drive from stunning coastal views. In 2020 alone, the City was shortlisted as a European Capital of Culture and in big national news, was crowned the 2020 All Ireland hurling champions. Limerick is home to ambitious people who want the best for their locality, nation and beyond.

While we all know and love Blindboy Boatclub from the Rubber Bandits, Limerick’s biggest success has to be Stripe. Given the drive and determination that comes from The Treaty County, it’s no wonder that the brother pairing of John and Patrick Collison call Limerick home. They are a product of Limerick’s mentality.

Limerick is one of the top places I would want my kids to grow up. The City is buzzing while the countryside is stunning. From the Hunt Museum to the University and beyond you get everything from culture to natural beauty. Sporting success is engrained in Limerick, the spiritual and physical home of Munster Rugby. The Milk Market is where you can find food from around the world. I myself am a product of Limerick City. I was born in Kilkenny and lived most of my life there. I moved to Dublin where I ended up a DCU dropout. I didn’t really know what I wanted to do, but I had a lot of friends who had spent their first year studying in the University of Limerick so I moved. Seven years later and I left Limerick a Master in History with a job in a Dublin phone shop, a transfer from the same chain in Parkway, Limerick. I owe Limerick with my career, my experience and even my partner who I met on Erasmus during my studies.

During my time in UL, I spent some time working in Moyross on placement. Here was the first time in my life, a lived experience showed me just how horrible the media can be with untrue headlines to sell a paper. I worked with excellent kids and locals who took me and my fellow students into the community. It was a rewarding time for me and a massively important part of my development.

Now, as much I would like to compare myself to the Collison brothers, this segue is not to try and do that. The Collison brothers have enjoyed incredible success. I’ve used the company they created in various website builds and personal projects. Stripe is a beautiful integration for websites to accept online payments. It’s beautiful in its simplicity, security and functionality. Stripe was founded in 2010 when the brothers “were appalled by how hard it was to charge for things online”. The fruit of their company’s labours is that I’ve never known how tough that might have been simply because when I went to build my first e-commerce solution, Stripe was on the market.

While Stripe prides itself on both ease of install and day-to-day use, the platform not only processes payments for small business but also billions of dollars of payments for the likes of Amazon, Shopify, Lyft, Booking.com, and Target. Nearly half of all transactions online in the United States last year went through Stripe. Today, when e-commerce companies launch in the States, targeting 1% of the e-commerce market is enough to make the company a fortune.

Now, Stripe is considered to be the most valuable private company in the United States and they have just raised $600 million in funding with a valuation of $95 million. In just 11 years, Limerickonian Collison brothers have become the world’s youngest self-made billionaires ever.

It didn’t simply happen by magic, or happen overnight. Their success comes as a result of hardwork and the place they call home, a mentality that’s quintessentially both “Irish” and “Limerick”. It’s not just something I’m making up either, the brothers themselves agree. When suggested by an inexplicable and terribly incorrect piece of writing in Forbes, which has since been deleted but is still available on the Internet Archive, tried to claim the brothers had clawed and scraped their way out of Limerick to be a success, Patrick Collison disagreed completely. The co-founder of Stripe said “not only mistaken about Limerick but the idea of “overcoming” anything is crazy. We are who we are *because* we grew up where we did”.

In what feels unlikely to be a coincidence, the Embassy of Ireland USA Twitter tweeted some stunning images of Limerick, a tweet that was liked by John Collison. Indeed there has been an outpouring of love for Limerick on social media following that article and now #LimerickAndProud is trending.

But rather than focus on what is simply sensationalist and cynical headlines in a poor attempt to be edgy and generate traffic, let’s focus on the two great success stories here, both of Limerick and the Collison brothers.