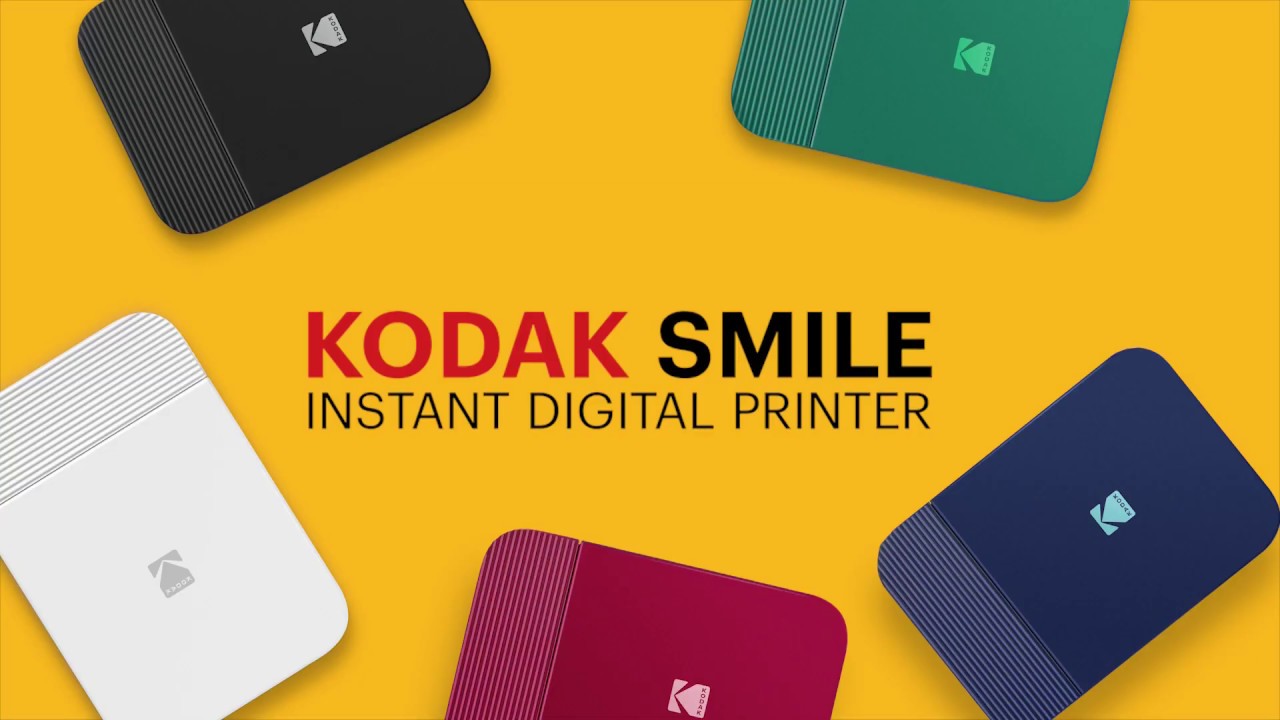 Tech tends to move in cycles. Cycles which I’m sure leave many companies furious. Kodak could well be one such company. After creating the digital camera, they kind of suppressed it for fear it would kill their film business. The company survived many mistakes over the past few decades while also missing many opportunities. Today, one of the biggest markets for Kodak is printers and they’ve sent me a Kodak Smile Instant Printer to test out. Read on to find out why I think this could be one of the biggest gift ideas to hit the market this year.

What is a Kodak Smile Instant Printer?

The Kodak Smile Instant Printer is a relatively small battery-powered printer. It lets you print off photos which are slightly smaller than a credit card. Kodak, obviously keen not to miss a few more tricks, has included some nice additional features which make this small printer go far beyond being a gimmick. 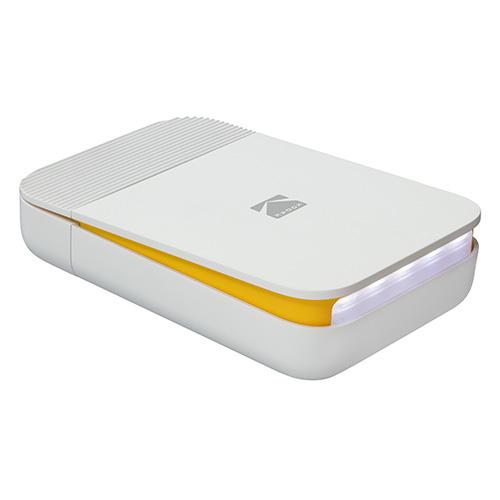 First up, you don’t need to worry about ink. While the paper your prints appear on is like traditional photo paper to feel, there’s a lot more to it. First of all, the Zink paper is the secret behind why you’ll never have to worry about ink cartridges. The Smile Instant Printer uses heat to activate different layers of colour within the Zink paper to prink fairly decent colour photos.

Pop In A Frame Or Stick It

The photos you print out with this Kodak printer are much smaller than your average photo. Picking up a frame stick isn’t a problem, but you do have another option. The Zink paper doubles as a sticker. Peel off the back and you can slap your photo up anywhere.

This is the bit I love the most. This is the feature that blows people’s minds.

Using the Kodak Smile app, you can edit your photos and make them fit nicely to the Zink paper you’re just about to print on. As part of the editing process, you can also link a 30-second video to your photo. Using the Kodak app, you’ll then be able to scan the photo you printed before some really cool Harry Potter style augmented reality technology kicks in. Hard to describe, but easy to show you.

This is one of my big tips for Christmas this year. The @Kodak Smile printer #AR feature turning pictures into videos! pic.twitter.com/1leIli2UuR

Anyone I’ve shown this to has been left with their jaw on the floor. You can link and photo to any video of 30 seconds. The video gets uploaded to a Kodak cloud service which means others can view your video too. All they need is the photo you printed and the Kodak app.

Another important point is that this printer doesn’t need batteries. It’s rechargable via micro-USB and will print 40 photos on a single charge.

Why Are People Printing Photos Again?

Like I said, tech moves in cycles. There was a while where people were tired of printing their photos, taken on a camera with limited shots allowed per film. Digital cameras and, even more so, smartphones, have changed how we take photos. A friend of mine recently said a weekend to Donegal led to over five thousand photos being taken. But with this advancement in how we capture memories, also came memories which were harder to access. Our photos now live in the cloud, on hard drives or on USB sticks. We rarely look back at the shots we’ve taken and Kodak is out to change that.

There’s been a growing interest in printing out physical copies of our photos. Fujifilm has created a very popular Instax camera which you might see people without and about. This point-and-shoot camera will instantly print out a small photo for you after you take it.

The Kodak Smile Instant Printer is somewhat similar except you print the photos you’ve taken on your smartphone. For many, the Fujifilm camera brings a certain novelty to the table but for me, it’s the practicality of not having to lug around an actual camera which makes the Kodak Smile printer an attractive idea.

The photos you get from this printer are a little on the small side and the quality isn’t as sharp as the traditional prints you might have been used to back in the day. However, the trade-off here is cute and quick prints from a printer which you’ll never need to buy ink for.

The pros way outweigh the cons for me in this scenario. On top of that you can also add in the fact your photos are also stickers with AR videos attached and this becomes one of the coolest gadgets for reliving your favourite memories on the market.

Where To Buy The Kodak Smile Printer

I’d imagine you’ll be able to pick this up on the high street this Christmas but right now I can only see this on Amazon.co.uk for about €120.

The Zink paper is where Kodak will make their long term money from you using this printer. A pack of 15 Zink sheets will set you back about €22. That means you’re paying in or around €1.50 per photo.

ABOUT US
Goosed.ie | We bring you the very latest tech news and reviews along with the latest entertainment bits and bobs to hit Netflix, Disney+ and game consoles too.
Contact us: [email protected]ed.ie
FOLLOW US
© Goosed.ie 2021