Home Tech News Apple Apple, iPhone and the Emperor’s New Clothes: Why Does Noone Criticise Apple? 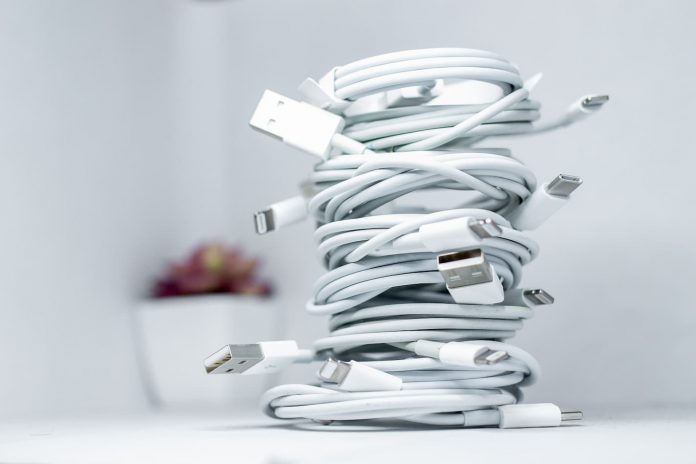 You might not think it, but I’m actually quite a fan of Apple. I’m typing this on my MacBook. I use Apple Sidecar to make my iPad a second screen so I can research and write at the same time. Apple products can be brilliant, but they can also be their fair share of crap. For example, nothing bores me more than iPhone. When your main selling point is “it just works”, in my eyes you’ve set the bar a bit low. In recent times, Apple has pushed boundaries in design and I agreed when they removed the headphone jack. Now, however, they’ve pushed their luck and left many wondering what motivates the big decisions at Apple. Why did they remove the charger from new iPhones?

I first want to clarify why I mentioned the Emperor’s New Clothes. It’s a fairytale I often reference when talking about brands. In this story, two scam artists come to a city where the emperor loves spending excessively on clothes. The scammers offer to tailor some clothes for the emperor which are invisible to those who are stupid or incompetent. They get the gig. The emperor sees them “working” but can’t see the thread, but he plays along because he doesn’t want to be considered a fool. Eventually, the scammers tell the emperor that his new clothes are ready and he prepares to walk through the city to celebrate his new threads.

Ladies and gentlemen, I give you the story of Apple.

Apple Doesn’t Have To Be God

I read a remarkable line in the build up to the iPhone 12 launch. Plenty had leaked and a Twitter user remarked, love it or hate it, whatever is revealed at the launch, they looked forward to what would influence phone design for the next 12+ months.

This is wrong. Apple doesn’t get a free pass to influence the destination of phone design and the entire industry. In fact, to let them do so would be very dangerous. Like I said, a few years back when Apple removed the headphone jack I thought they were going too far. However, after thinking about it, it made a lot of sense. I was on-board because Bluetooth technology was in a good place. Apple still provided Lightning EarPods for those who didn’t want to go wireless.

At the iPhone 12 launch, Apple did something far more extreme. They removed wired EarPods and charging bricks from all new iPhones being shipped. Apple states that this is all an effort to reduce its contribution to global e-waste. It says a lot that accessory manufacturers agree but environmentalists remain sceptical.

People who buy new iPhones still need chargers. That need isn’t going to go away. Sure, Apple will still supply a charging cable in the box but this actually adds a layer of ridiculous to the scenario. The cable Apple now provides in-box is a USB-C to Lightening cable. This new cable renders all old charging bricks redundant. For example, if you bought an iPhone 11 last year, it came with a USB-A to Lightening cable and USB-A brick. All of this gave you a fairly brutal 5W charging experience, but at least you had everything you needed in that one box.

Now, if you upgrade to the iPhone 12, you can still use that 5W charger. Speaking to Wired.com, Sara Behdad, a sustainability researcher at the University of Florida, outlines how “Apple’s analysis is based on this impression that some users really don’t need chargers and EarPods, because they already have them”. The truth is that some users do not.

If this is your first iPhone, you’ll need to make sure you have a USB-C charging brick. While the upside to this is that you’ll get 20W charging and 60% power in thirty minutes. The downside is that you’ll need to buy a seperate accessory. If you buy this from Apple it’s pretty expensive and it may ship separately. That’s not great for the environment now is it.

I believe nearly every new phone to hit the market these days has a USB-C charge port on it. It may ship with a USB-A or USB-C power brick and accompanying cable, but it ships with it nonetheless. Apple refuses to play ball here despite manufacturers seemingly agreeing to standardise charging with USB-C. Even Apple has adopted USB-C for iPad Pro and MacBook, but iPhone and some iPads remain with Lightening ports.

If Apple was really committed to reducing e-waste, they would have adopted this standard a long time ago instead of arguing against the adoption of this common charger.

Apple has adopted the USB-C to Lightening cable as a standard for the first time with the iPhone 12 series. This means the company has never provided users with USB-C charging bricks included. Apple has flooded the market with USB-A bricks over the past few years and now, in one swift action, as rendered them all practically useless and at least a lot less attractive to use as a primary charger.

What Is Apple Removing Chargers?

Apple is telling me and you this is about the environment. I’m calling bullshit on this. Apple has stopped supplying chargers to

The frustration here comes from how this whole story is packaged more than anything else. I can see the longterm benefits of us all moving to USB-C charging, but Apple doing it all this time around is just a PR play which will generate plenty of revenue.

With all of this, what are the immediate impacts? When, consumers are going to be hit in the pocket and I believe the environmental benefits of all of this to be massively blown out of proportion. On Christmas morning, I know for a fact there’s going to be parents unable to charge new iPhone which will lead to arguments. But far more pressing is the fact that people will likely buy the cheapest charger they can find to support USB-C cables from their local phone repair shop or online. These may not even bear a CE mark and post a very real risk to fire safety.

The unfortunate truth is that Apple won’t change their approach now. This is it. The real risk is whether other manufacturers like Samsung, despite over the years mocking Apple for their decisions, will follow suit after mocking. For me, it’s back to the emperor’s new clothes. It’s up to consumers like me and you to ensure companies like Apple know when they’ve gone full notions. Apple doesn’t get a free pass to make wild decisions painted as “in the interest of the planet” unless they can really back it up. If you think Apple is walking around in the nip right now, make sure you’re talking about it.

Time will tell if these trends become commonplace but if you are in the market for a new charger please buy official Apple accessories or from reputable manufacturers like Anker.