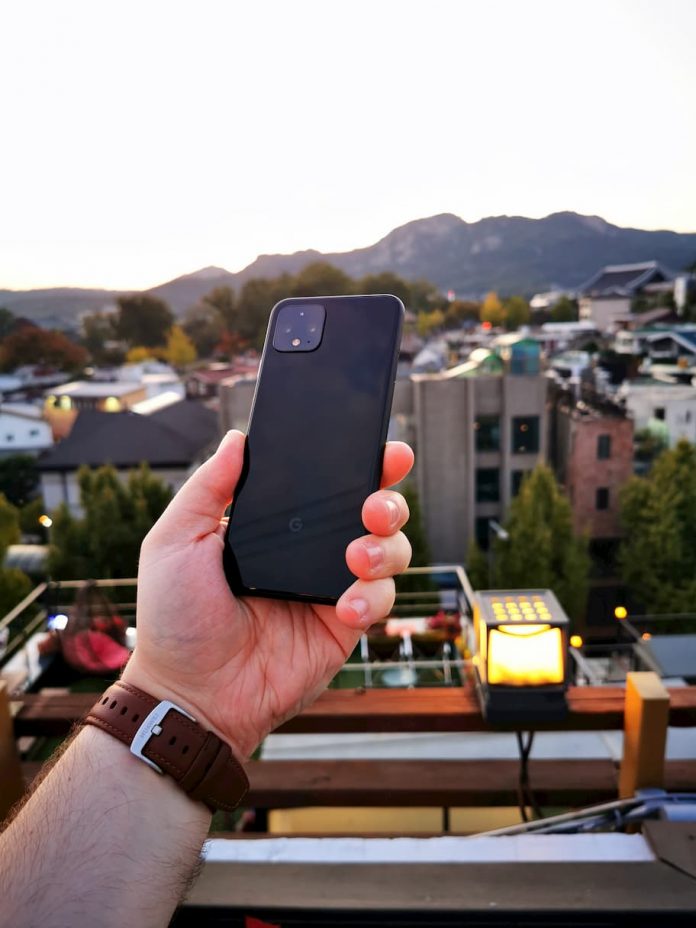 I’ve been a massive fan of Google Pixel phones for years. On paper, they are probably one of the best all-round smartphones on the market. After years of waiting, last year, the first Google Pixel, the Pixel 3 and Pixel 3XL, finally launched in Ireland. Later, the simply remarkable Pixel 3a launched too to round off a great year for Google coming to Ireland. In the latter half of 2019, Google brought the Pixel 4 to market and I’ve been testing it out ever since. Here’s what I thought of it.

Google has taken some radical approaches to design with its latest flagship smartphone. The first thing I noticed was the lack of a fingerprint scanner anywhere on the phone. I looked on the back, on the power button and was left assuming it was under the screen, as is all the rage these days. But no, there isn’t one. Instead, the Pixel 4 relies on facial recognition – more on that later.

The standout design feature for me is Google’s approach to the notch. Rather unusually, they’ve just killed it completely. Now, given the requirement for serious tech to recognise faces, this makes sense. The result is a phone with a big forehead and chin. To be honest, much, like I was surprised by being blind to notches, the inclusion of a forehead and chin really made no impact to my use of the phone. I was testing the slimmer version of the two Pixel 4 phones and I’ve got to say it’s a lovely looking phone even with this unusual design choice. If you’re after a slimmer phone, design-wise you’re onto a winner here.

Beyond these key features of the design, The Pixel 4 does have a rather unusual camera array with a corner quadrant. Again, while it initially looks unusual, it’s not at all off-putting. All in all, The design of the Pixel 4 shows Google is willing to stand along on certain elements of smartphone design, an important point in a world where phones are struggling to be unique.

As was the case with previous Pixel phones, Google promised big with the Pixel 4 camera. Personally, I couldn’t see much improvement from the Pixel 3XL I reviewed last year. Now, that’s not a bad thing because the Pixel 3XL camera was incredible. Google did add a telephoto lens but didn’t add an Ultra-wide angle lens which has almost become a must-have feature in smartphone photography these days.

My mobile shooter of choice is the Huawei P30 Pro and it’s hard to hold any smartphone up against that phone’s camera. Here’s how the two stack up against each other.

One mighty feature on the Pixel 4 is Night Mode. While Huawei does have this feature too, Google manages to make this shooting mode lightning quick. The P30 Pro night shooting mode always feels like it takes an age which can lead to bad shots of moving objects. Here’s a comparison of the two modes on both industry-leading smartphone cameras.

I feel the P30 Pro does capture more detail and even arguably delivers a better shot, but the speed the Pixel 4 delivers this shot at is important to note.

The only additional point I’d make here on camera is that the same camera could very well feature in a Pixel 4a this year. If it does, you’ll once again have the chance to get a great camera at a great price.

When it comes to hardware on the Pixel 4, we’ve got to discuss the screen. The Google Pixel 4’s 5.7-inch screen boasts an impressive 90Hz refresh rate for silky smooth screen transitions. For many, this is a nothing feature but considering this phone supports the new Google Stadia gaming platform, it’s a must-have feature for gamers.

The Pixel also features a very random feature called Quick Gestures. This means that waving your hand in front of the phone can skip through Spotify tracks without touching your phone. It’s a bit gimmicky and I feel it inclusion only came thanks to the extra space afforded by going notchless.

Which brings me to the lack of a fingerprint sensor. It’s a brave move by Google and I can confirm it’s largely paid off. I think it was only once while testing the phone that I needed to type in my pin as a result of the phone not registering that I was staring at it.

Finally, we come to what I have to describe as the most disappointing feature of the Pixel 4 – battery. The Pixel 4 has a 2800 mAh battery and when I saw that number I was worried, left hoping Google has some smart battery management up their sleeve. Unfortunately, they don’t. I was struggling to get a full day from my Pixel with it really only delivering mid-range battery performance. It’s an aspect of the phone which, for me, really leaves the Pixel 4 teetering on the edge of being a flagship.

Is The Google Pixel 4 a Good Phone? The Verdict

In short, yes. The Google Pixel 4 is a good phone. But it’s not a great phone. Last year’s Pixel was a great phone. I’m conscious of the fact that I tested the regular Pixel versus the XL this year, but for me, that was actually a positive. If you’re after a smaller phone with big spec, the Pixel 4 might be exactly what you’re after.

If you’re a power phone user who wants a phone that does it all, I’m afraid the Pixel 4, and likely even the Pixel 4 XL, will pack enough punch for you. Considering the fact the Google Pixel 4 remains quite pricey when weighed up against nearest competitors, it’s a much harder sell this year versus the Pixel 3 series, unless you want that smaller flagship which Google now owns.

You can now buy the Pixel 4 series is directly from Google Ireland.