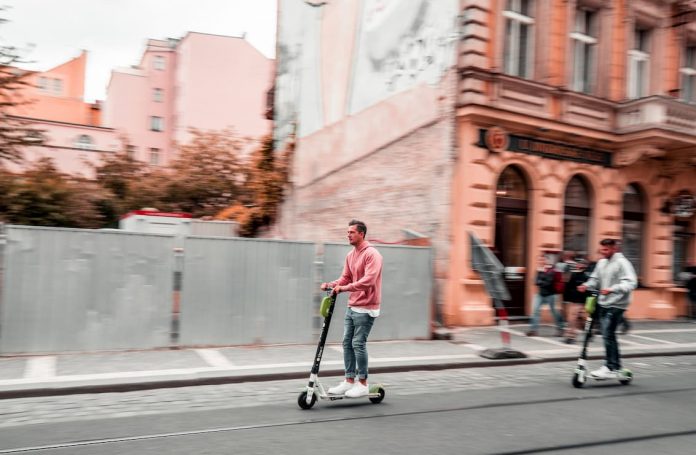 I’ve been walking to the office again for the past month or so. Last month, I learned that an electric scooter rider had been given five penalty points for driving uninsured. For me, that was the final straw. I could no longer risk riding to the office on my scooter because the legal precedent had been set. But has the person who’s received five penalty points and a €300 fine been hard done by? I’ve submitted a Freedom of Information Act request to the Road Safety Authority of Ireland and can confirm the website of An Garda Siochana did display incorrect information which suggested electric scooters were legal on Irish roads.

From the Freedom of Information request I submitted to the RSA, I found that on 16 July 2019, the Principal Officer from the Department of Transport wrote to An Garda Siochana, informing them that the Garda website was displaying information that was “not correct” and that “may cause confusion” with the following information regarding the use of eScooters:

“The use of these types of scooters has become very popular in recent years, especially with children. The legal position is that if one of these scooters can be powered by mechanical or electrical power alone, and does not require pedalling or scooting for propulsion, then the scooter is considered to be a mechanically propelled vehicle (MPV) in terms of road traffic legislation, irrespective of engine capacity. If such scooters are to be used in any public place, they require insurance and road tax as with any other MPV. The driver would also require a driving licence and is obliged to wear a crash helmet. If the user of such a scooter cannot fulfil these legal requirements, then the scooter should only be used on private property”.

The bold text was specifically highlighted and the “correct position: outlined as the following:

“The Road Traffic Act 1961 defines a mechanically propelled vehicle as a vehicle intended or adapted for propulsion by mechanical means, including a bicycle or tricycle with an attachment for propelling it by mechanical power, whether or not the attachment is being used. It also includes a vehicle the means of propulsion of which is electrical, or partly electrical and partly mechanical. eScooters and suchlike vehicles fall into this category and are therefore considered to be mechanically propelled vehicles. Any users of such vehicles in a public place (as defined in the Road Traffic Act 1961) must have insurance, motor tax and a driving licence, with penalties under road traffic laws (including fixed charge notices, penalty points, fines and possible seizure of the vehicle) for not being in compliance with these requirements. As it is currently not possible to tax or insure eScooters etc., they are not considered suitable for use in a public place”.

A copy of this mail was also sent to the CEO of the RSA.

The website was then quietly updated which posted a problem for electric scooter riders who were already carrying slips of paper from the Garda website to show them why scooters were road legal.

Here’s one such slip of paper getting an electric scooter rider back on the road.

The Road Safety Authority doesn’t make the laws. I was informed of this one day when a member of Garda Traffic pulled me over while riding my electric scooter. I discussed electric scooters with the Garda and the grey area I believe they operated in because of the requirement to scoot for propulsion. He disagreed with me, but he still told me to go along my way and that another Garda might have have been so lenient.

This same grey area is where another electric scooter rider found themselves debating with a Garda on the roadside. Their outcome was very different. They had their scooter seized and, after their day in court, they were given five penalty points and a €300 fine.

I’ve used the term grey area, but I think I’m being unfair on myself and other scooter riders prior to the Garda website being updated. That highlighted line more or less allows for certain models of scooters which require a human start.

and does not require pedalling or scooting for propulsion

But I don’t want to simply argue about that grey area any more.

The problem here is not the RSA, electric scooter riders or even the Gardai. The problem here is that there are thousands of electric scooters on our roads today with many users not even knowing they are deemed to be illegal. In fact, many riders would have bought their scooters last year after reviewing the Garda website only to find information on this site saying that electric scooters fall outside the classification of MPV because you need to scoot to start them. This was quietly removed, leaving these scooter riders without a leg to stand on.

What we need is action from the Department of Transport and Shane Ross. Consider this by public plea, during election times, for Minister Ross to get a move on as he has been sitting on that electric scooter report for months and public consultation has closed but still he has taken no further action.

Poor air quality in Dublin has been linked to poor health. I regularly pass bus and Luas stops heaving with people. Sometimes, buses just won’t stop because they’re full. While I love the exercise I get walking, I would probably get the Luas only for it’s a horrible experience. It’s unreliable and overcrowded.

Portmarnock 0711 and we’re packed in like livestock on a @IrishRail commuter train… This doesn’t really tie up with the https://t.co/kSihPJslnY website info… (thread) pic.twitter.com/bjJdbBsLfd

The electric scooter isn’t a scourge. It’s arguably one of the most logical modes of transport for inner-city workers like me. How it’s taking this long to legalise them when countries like Sweden, Germany and France have already taken the leap is beyond me.

Ultimately, it’s only a matter of time until more scooter riders and stopped and given penalty points and fines because our laws are archaic.